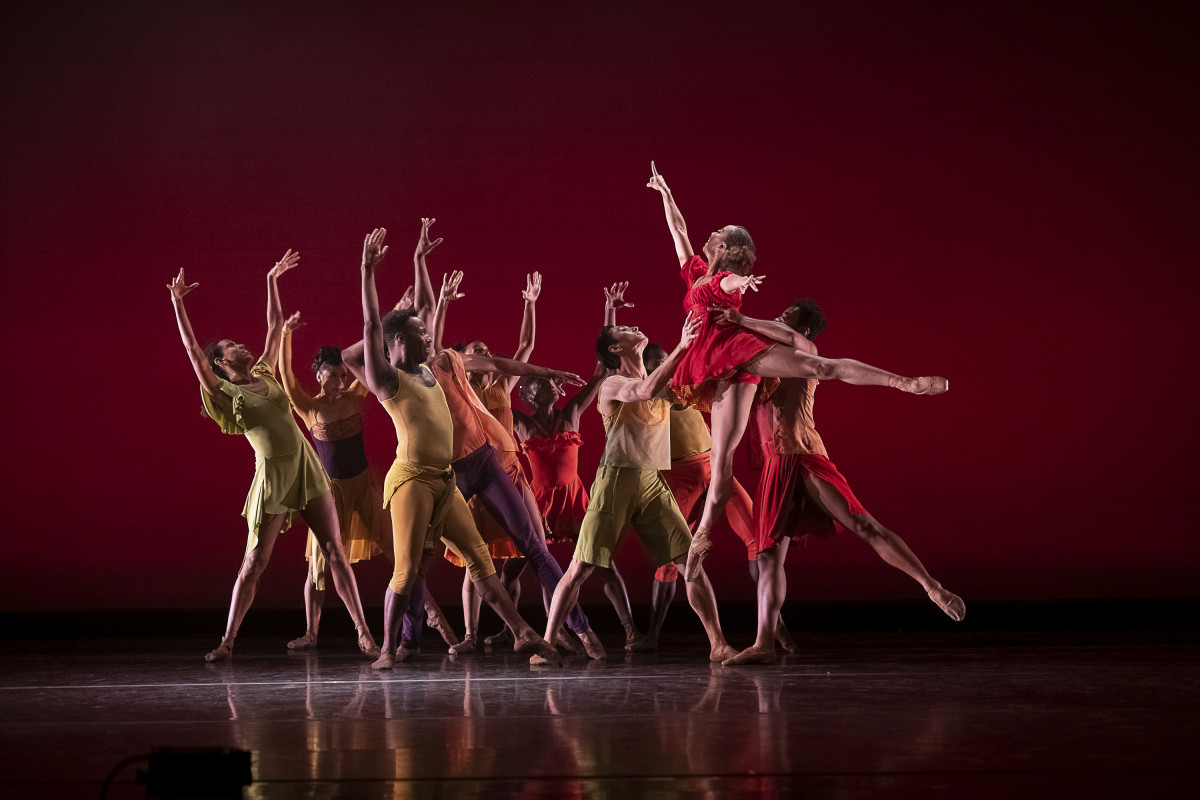 Dance Theatre of Harlem will close its 2021-2022 season with its debut to Chautauqua audiences, though the company is no stranger to the Institution, where it spent four weeks in residence during the spring of 2021.

“It was really a beautiful, beautiful experience,” said Derek Brockington, company artist and social media coordinator. “It was great to be in the middle of these arts and to be a real part of it. I’m glad we are going back because it will be more familiar to us now.”

At 8:15 p.m. Monday, June 27, in the Amphitheater, DTH takes the stage. Its performance will showcase “Higher Ground” by DTH resident choreographer Robert Garland, set to music by Stevie Wonder, as well as Garland’s “Return,” set to music by James Brown and Aretha Franklin. “Passage,” by choreographer Claudia Schreier, will also be featured.

Brockington described “Higher Ground” as very upbeat, with a combination of classical steps and vernacular, or more informal, movement.

“Passage” provides a change in mood and tone.

“It’s a more neoclassical piece with just the formations, the lights and the costumes. It’s just a really, really beautiful ballet,” Brockington said.

“Return” mirrors the upbeat tone of the first dance.

“You’re having a good time. You’re very engaged,” Brockington said. “It’s kind of like a crowd favorite for DTH.”

Under their founder, Arthur Mitchell, DTH aims to provide everyone with access to ballet. One of the ways the company approaches this work is through international travel, bringing ballet to new audiences.

“We do our masterclasses and educational lectures because we want to be able to go into these towns where they’ve not seen ballet before,” Brockington said.

“We revel in the fact that on any given day someone on our grounds is having their very first experience with live dance, or live music, or at an art gallery,” Savia said. “The idea behind this programming, and part of the reason we are so aligned with a company like Dance Theatre of Harlem, is because of the core belief that great art belongs to everyone and should be enjoyed by everyone.”

Ballet’s universality is shown through DTH’s 18-member, multi-ethnic company. DTH pushes a message of empowerment through the arts.

“For (the audience), seeing dancers who are different or who look like them really allows them to see themselves up on the stage and drives home the point that ballet is for everybody,” Brockington said.

The Chautauqua Dance Circle will offer a dance preview prior to DTH taking the stage at 7 p.m. at Smith Wilkes Hall. This preview event will feature Virginia Johnson, DTH artistic director. Johnson, a founding member and former principal ballerina, was appointed in 2010.

“It’s important for people to come to this performance because the artistry and innovation of the Dance Theatre of Harlem has put them at the top of their field,” Savia said “They have been at the vanguard of diversity and representation in dance.”

DTH will return to Chautauqua at 12:15 p.m. Tuesday on Bestor Plaza for a program titled “Dancing in The Streets.”