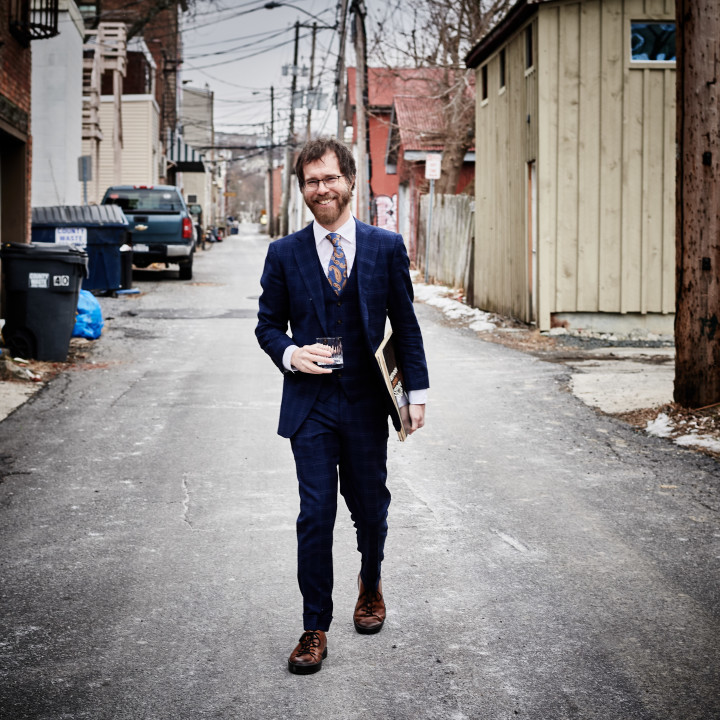 These are just a few of many hats consummate musician Ben Folds wears. Originally scheduled to perform live in 2020, he pivoted to a virtual performance for the Chautauqua audience. For summer 2022, however, Folds is back — in actual person, live, for real — at 8:15 p.m. Tuesday, June 28, in the Amphitheater.

Folds put on a virtual performance for CHQ Assembly in 2020, and it was “a big hit with Chautauquans at a time when we couldn’t gather in person,” said Laura Savia, vice president of performing and visual arts. During the 2020 performance, Folds spoke on the challenges of creating art in a digital age.

“It is really difficult to write in an era where the news cycle is so fast,” Folds said. “It should be about this year, but it has to be specific to the middle of the year, because the song will be old news in a few days.”

Ben Folds: In Actual Person Live for Real Tour was announced May 2021, and this summer, Chautauqua is the third stop on his journey up the East Coast and through parts of the Midwest.

In addition to his music accolades, Folds is also an author, photographer, composer of classical music and artistic adviser to the National Symphony Orchestra at the Kennedy Center.

“He’s a real renaissance man,” Savia said. “I think the same reason our audiences are drawn to our themes and to our four pillars is a sense of deep curiosity and leading a full and rich, intellectual life, and I think Ben Folds is the perfect example of that.”

Folds’ work with various orchestras, including the Pittsburgh Symphony, has been recognized in media outlets following the first two stops on his tour.

“We need the symphony orchestra more than they need us,” Folds said to his Pittsburgh audience just last week, according to TribLive. “That’s why I’ve done (symphony performances) for the last 15 years. Beyond that, you happen to have one of the best symphony orchestras in the world.”

Savia said she accredits Folds in having the “full complement of artistic offerings.”

“It’s really fitting now … that he should be one of the very first artists on our Amp stage this summer,” Savia said.

Folds is also regarded as a “champion for arts education and music therapy funding” according to the Kennedy Center.