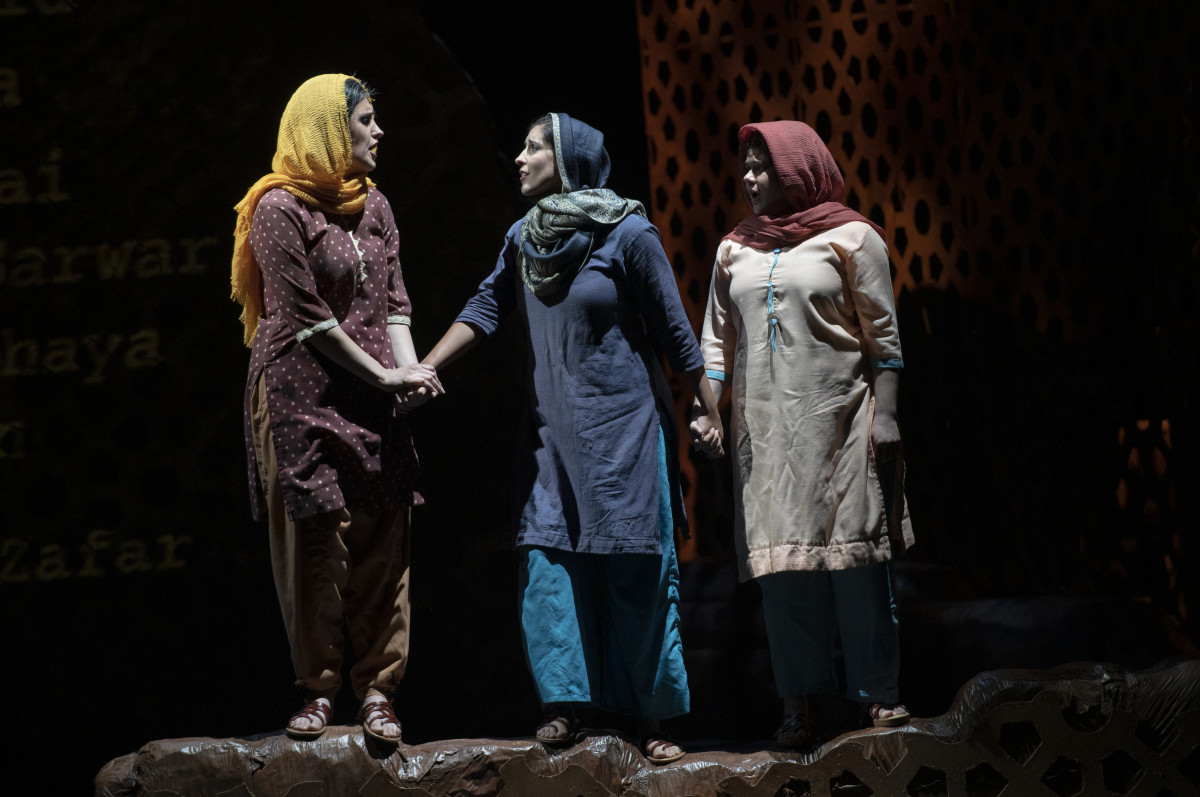 From a young age, Omer Ben Seadia approached her craft with sagacity.

“I always wanted to be a director,” Ben Seadia said. “I practiced performing because I knew that it would inform my work as a director.”

She first performed when she was 15 with The Israeli Opera. It was the first of many collaborations.

“I ended up working for them for about a decade, so I owe all of my opera training to The Israeli Opera,” Ben Seadia said. At The Israeli Opera, she had the opportunity to interact with all the departments that go into making an opera successful.

This ultimately provided Ben Seadia with useful insight because, as a director, she coordinates every aspect of a production — from costume to set design — that brings an opera to fruition.

The Israeli Opera also “is in and of itself sort of a miracle,” Ben Seadia said.

“It was founded by immigrants who wanted to explore, to bring in culture that they were working on outside of Israel when they emigrated,” Ben Seadia said, “but it has now become something totally unique. (It’s) still fueled by immigrants from all parts of the world, creating something that is so specifically Middle Eastern, that is Mediterranean, that is influenced by Europe, influenced by the United States, and then is completely, authentically Israeli.”

After spending over a decade with The Israeli Opera, she came to the United States in 2012. Since then, she has directed over 20 operas, and now she is the stage director for the Chautauqua Opera Company’s production of Thumbprint, which opens at 4 p.m. Friday, July 1, in Norton Hall.

Thumbprint, premiered in 2019, tells the real-life story of the Pakistani feminist and activist Mukhtar Mai, who revolutionized the conversation surrounding both women’s education and sexual assault victims.

The opera draws from Mai’s own encounter with violent sexual assault. She brought her attackers to justice, and, rather than a financial settlement, she advocated for the construction of girls’ schools. These schools would address the illiteracy issue in Pakistan, which disproportionately affected women, leaving them with the ability to only sign their name with a thumbprint.

Chautauqua Opera and Ben Seadia planned to produce Thumbprint in 2020, but with the COVID-19 pandemic, they postponed their plans. It is the first of three productions scheduled for the 2022 opera festival that celebrates women’s rights.

“I’ve been living with this piece for at least three years now,” Ben Seadia said, “which is an unusual treat when it comes to sort of preparing an opera.”

While preparing for Thumbprint, Ben Seadia has felt the weight of telling Mai’s story, especially since Mai and some of the people involved in her story are still alive. On the other hand, Thumbprint is a piece of art, so Ben Seadia focuses on balancing the two.

“The power of opera is expanding our perspective on this individual story into something that is more global,” Ben Seadia said.

Ben Seadia approached being a performer through the wider lens of a director. She brings this same care to each of her pieces, where she looks at their wider impact and thoughtfully uses her influence.

“My approach (to Thumbprint) hasn’t changed; the urgency with which I work has,” she said. “The events of the last three years have put a lot of my work into perspective of global events and of domestic events.”

She also pays a lot of attention to the performers who help bring this work to life.

“This is a piece that involves a lot of traumatic events,” Ben Seadia said.

She and the entire crew work to ensure people are mentally well while making sure they “don’t shy away from (Thumbprint’s) impact.”

A major theme of the opera is the trauma that Mai and her family go through, but that is only one of the focal points. There are also moments of joy dispersed throughout.

Ben Seadia said one of her favorite moments in the show is a scene between Mai, her sister Annu and their mother. It is before Mai’s sexual assault and offers perspective on the womens’ relationship.

“It is a scene of joy, of playfulness, of camaraderie, of beauty — of this sense of community between these women that is so joyful in a relationship that then bonds them throughout the show,” Ben Seadia said.

She made a point to accentuate this joy.

“Often when you deal with operas that have traumatic events, the focus goes to that,” Ben Seadia said.

That was not the way she wanted to do it. Without dulling any of the difficult topics, she tried to highlight these female relationships and their joy.

“I really wanted to challenge myself to expand that as much as possible, so that we see who these people are before and beyond the trauma and what their lives are (like) past the traumatic events that happened to them,” Ben Seadia said.

With the opera’s Pakistani setting, it interacts with the focus on global issues of Week One’s theme “What Should be America’s Role in the World?”

“Thumbprint, in a way, is not an escapist opera. It is not purely entertainment,” Ben Seadia said. “It is having a dialogue with … our daily news, with what we’re all conversing (about) in our salons and on our porches, in the lecture halls, in a performing art vessel, and so I encourage a lot of newcomers to opera, skeptics, or people who are just generally curious, to come and try it out. It is not your bread and butter opera, but in a way, it is a special invitation to Chautauquans.”