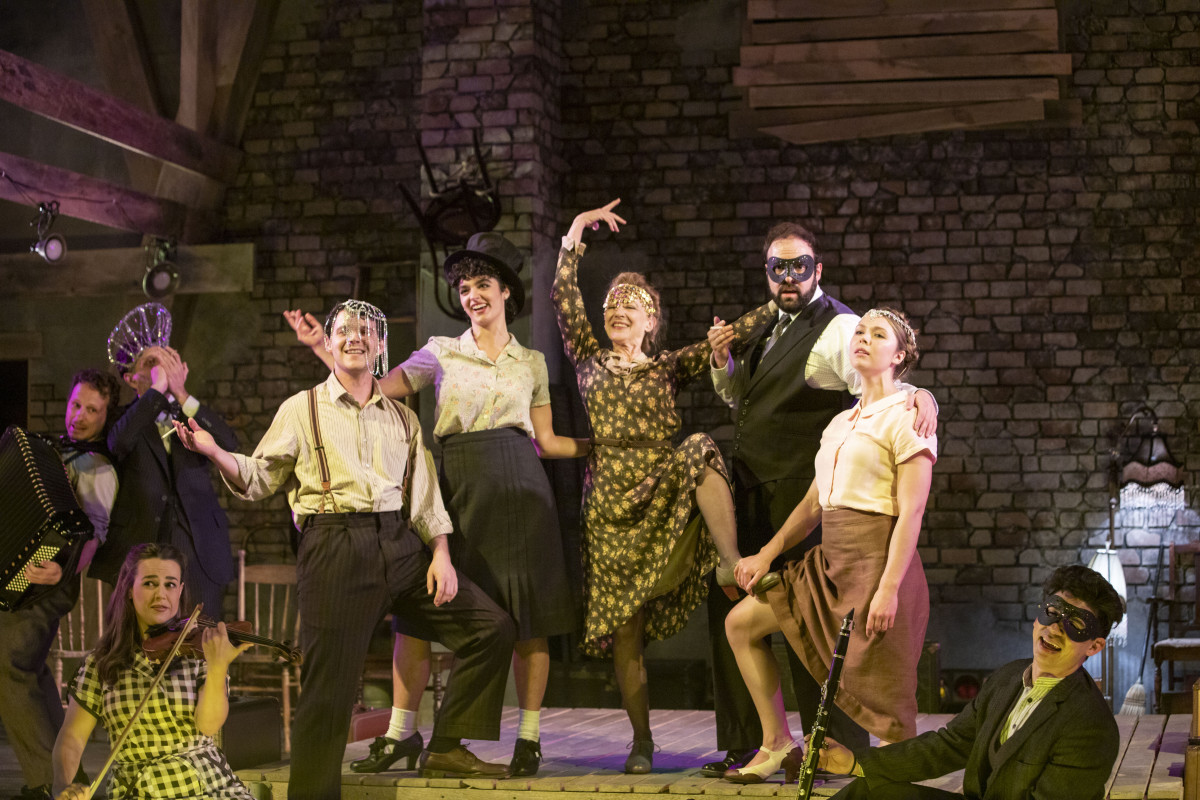 Lisa Rothe, the director of Chautauqua Theater Company’s production of Indecent, has been influenced by women throughout her career. When she was a CTC conservatory member in 1989, Artistic Director Rebecca Guy was Rothe’s first female acting teacher, an experience which Rothe called formative. After Rothe graduated from New York University with a Master of Fine Arts in acting, her program chair, Zelda Fichandler, encouraged Rothe to join her new directing program for NYU alumni.

More recently, Rothe was inspired by Paula Vogel’s Indecent. Vogel, like Rothe, is a lesbian, and when Rothe saw the show on Broadway, it was only the second time that she had seen love between two women represented on stage.

The first time was in Lisa Kron’s musical Fun Home, which also happened to be the last show Rothe directed before the world shut down in March 2020.

Indecent will open at 7:30 p.m. Friday, July 1, in Bratton Theater. The Tony-winning play by Pulitzer Prize-winning playwright Vogel is a layered story about the writing and production of a Yiddish play, The God of Vengeance. Indecent centers on a ghostly troupe of actors reflecting on their experience with The God of Vengeance, which told the story of a brothel in a tiny, impoverished Polish town and the love affair between the brothel owner’s daughter and a sex worker. It campaigns for cultural respect for sex workers, tackling 21st century issues in the 1900s.

That play, written by Polish-Jewish playwright Sholem Asch in 1906 and brought to Broadway in 1923, was subject to censorship, and its participants were arrested due to the depiction of same-gender love.

Indecent traces the embattled history of The God of Vengeance and spotlights overlapping marginalized communities, such as LGBTQ individuals, immigrants and Jewish people. It’s a story that spans decades and follows the rise of fascism, and eventually the Holocaust, in 20th-century Europe.

It’s also a musical, although that designation is contested — many descriptions refer to it as a “play with music.” Grammy winner Lisa Gutkin, who co-composed the music for the original production, is serving as music director for CTC’s production.

“There are musical numbers, and the music doesn’t further the plot,” Rothe said. “So it’s untraditional in terms of a musical that way, but the music is so powerful.”

Rothe said this is her 10th time returning to Chautauqua. CTC Artistic Director Andrew Borba thought she was the perfect candidate for this project.

“I’ve known Lisa, and I’ve known her work, for a very long time, and as soon as we were doing Indecent, she was the first person I thought of,” he said. “I thought, ‘That should be Lisa’s show.’ ”

For this show, Rothe is reunited with a host of artists with whom she’s worked before: set designer Lee Savage, lighting designer Barbara Samuels and costume designer Nicole Wee. Rothe staged Fun Home with Wee at Barnard College earlier this year.

“There’s a language that we all speak,” Rothe said. “There’s a lot of relationships where we come together, share our visions together, spitball, and bounce off of each other in a really beautiful way.”

Rothe said she and Savage share an aesthetic and design sensibility that made their collaboration easy. Rothe is a visual person, and as a director, part of her process involves finding images that speak to her and sharing them with her designers. For Indecent, she found images of ghosts, of attics, of light shining through windows.

Every show has its challenges, and Rothe identified industry-wide challenges of returning to live theater after the pandemic. But she said that the forced theater hiatus created the opportunity for the industry to slow down and reflect on the way they do things, and perhaps, create a new way going forward.

“Everybody’s talking about getting up to speed, but in some ways, the speed that we were all working at before the pandemic was just not healthy,” Rothe said. “And I think there’s somewhat more awareness of what we can do, and maybe then, what we should do.”

She also believes that theater artists are uniquely suited to cope with uncertainty, which leads to resilience.

“It’s been challenging, but we are all experts, in a way, at living in the zip code of ‘I don’t know,’ ” Rothe said. “So there’s a lot of imagination and creativity at play. We’re all learning about how to have patience and a lot of grace as we try to move forward.”

Rothe is inspired by Indecent’s themes of resiliency and the indefatigable human spirit, and by how it represents theater’s life-changing potential.

“I’m so utterly grateful to be an artist, and to be surrounded by artists, and working on this piece of art right now,” Rothe said. “I’m just aware of how powerful of a tool that art can be.”