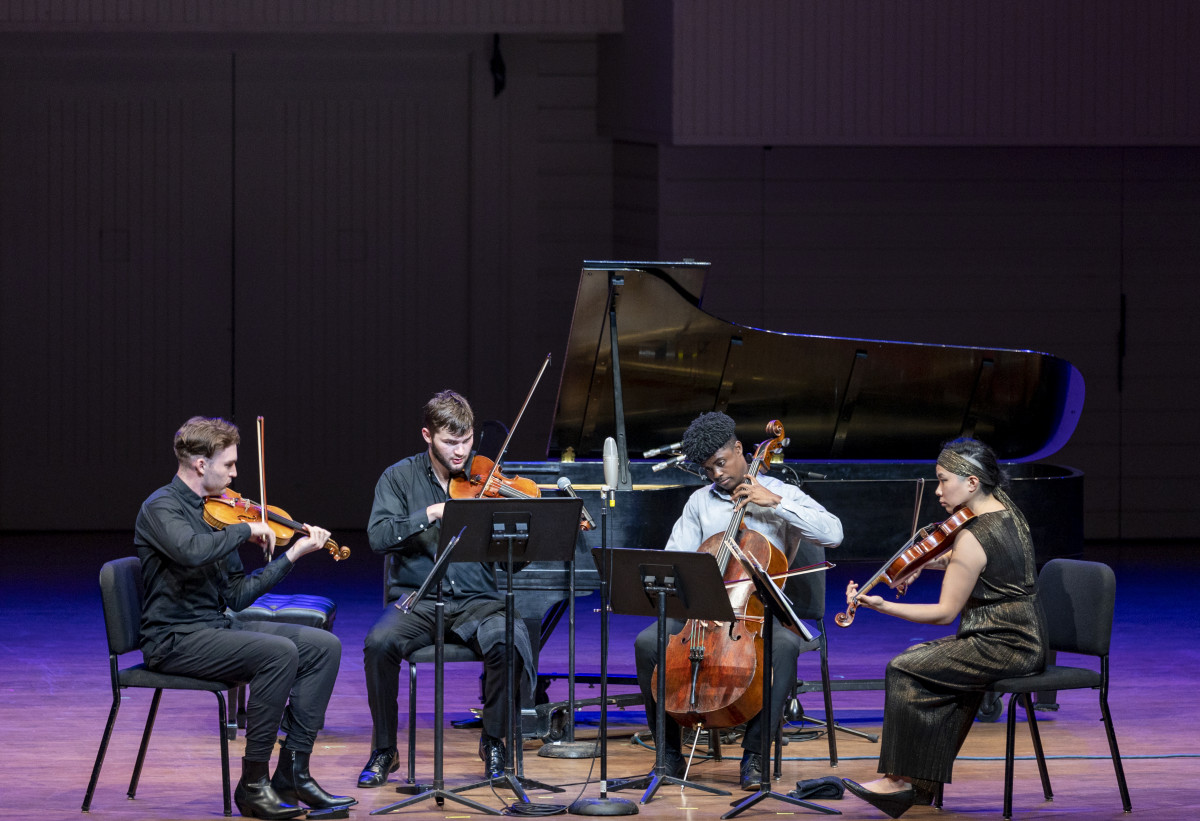 When Diana Cohen was a child, she looked up to her father Franklin Cohen as her musical teacher. When she became an adult, she teamed up with him to create ChamberFest Cleveland, whose goal is to bring chamber music to the Cleveland area and, today, to Chautauqua Institution.

“We’ve played for years and years as a family and especially me and my dad, as there is a lot of repertoire for clarinet and violin,” said Diana Cohen, founder and co-artistic director of ChamberFest Cleveland. “I grew up playing for him. … He’s always been one of my most inspiring teachers.”

Their collaborations ultimately led them to co-found ChamberFest Cleveland in 2012.

“It’s been such a wonderful joy to share music with him and my whole family,” Cohen said.

Not only are Cohen and her father involved with ChamberFest Cleveland, but so is Cohen’s husband Roman Rabinovich, who is a co-artistic director for the chamber music group, making this truly a family affair.

Cohen family members are not the only people enjoying ChamberFest Cleveland, though.

“We’ve made it now to 10 years in Cleveland,” Cohen said. “ChamberFest Cleveland has really grown into one of the major pillars of the art community, and we just love sharing music … to be able to watch people connecting onstage through eye contact, with smiles, and the give and take involved. It’s really quite beautiful and quite unique to chamber music.”

Cohen described the Debussy piece as “perfect in every way. … It’s very light and ethereal and sparkling.”

This piece, with its feathery qualities and three-instrument chamber group, is then contrasted with Brahms’ Serenade.

“We have the delicate French to the more beefy and lush Brahms,” Cohen said.

Part of the richness of the Brahms piece is created by a larger range of instruments in the chamber group than is in the Debussy piece.

“There’s kind of an earthy quality to (Brahms’ Serenade) and a rusticness to it, especially with the addition of a horn and a double bass,” Cohen said. “At the same time, there are so many sublime, long, spinning melodies, which are just spectacular. … We have not been able to offer Chautauqua such a large group before. … It makes for such a rich sound world.”

Victoria Loorz to encourage combination of nature, faith for ILS