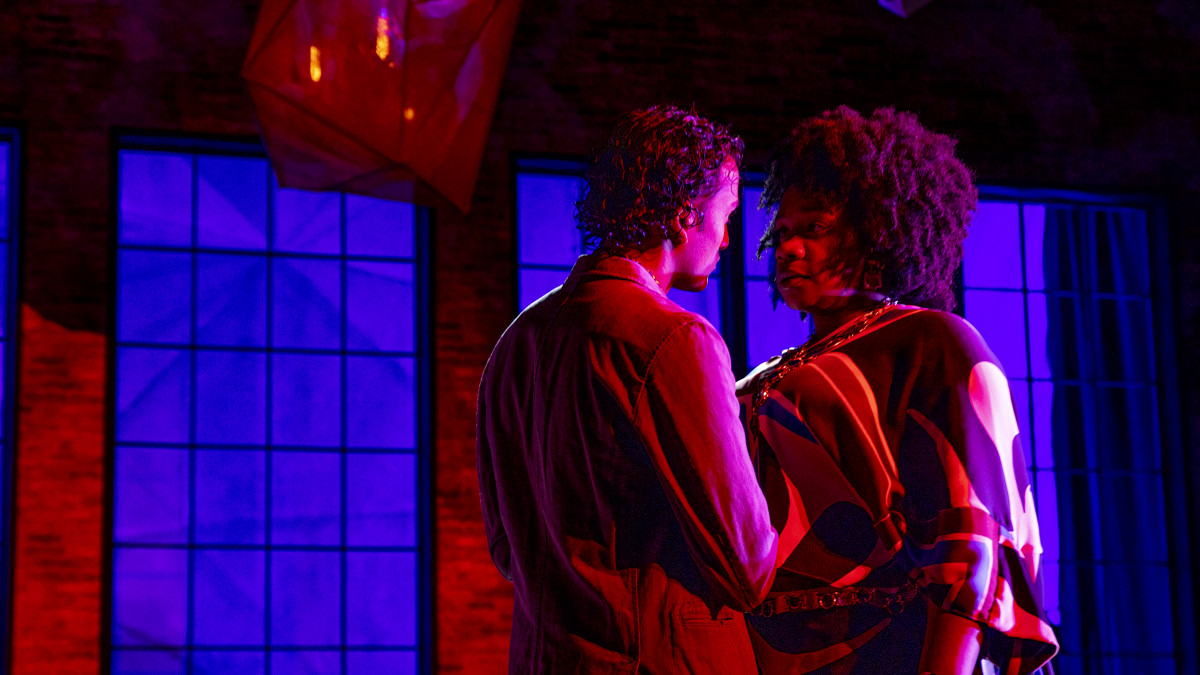 Lamar Perry, the director of Chautauqua Theater Company’s production of Animals Out of Paper, closes out his bio on his website by proclaiming, “This is totally a Whitney Elizabeth Houston stan account.”

Perry shares a birthday with the late Houston — Aug. 9 — and feels a profound sense of kinship with her. He grew up in a household ringing with the exultant sounds of gospel music and the voices of singers who poured their hearts into telling their stories. Perry rhapsodized about Houston’s singular ability to transfigure a note or a vowel sound into pure, aching emotion, calling himself a stan, or super-fan.

“I also think of the ways in which she was commodified and made into a product and the tragedies of her experience — how people used her up until she had nothing left,” Perry said. “I think there are equal parts a reverence and a love for her, and a want to protect her story and her lineage. I think of not only myself as an artist, but also other artists who are coming up right now, and how we have to protect them from a world that is going to exact of them their life, if they will give it.”

Perry brings that commitment to empathy and safeguarding the souls of artists to his direction of Animals Out of Paper. A 2008 piece by Rajiv Joseph, the play centers on master origamist Ilana, a brilliant woman who is going through a divorce, and the characters Andy and Suresh, who enter her orbit.

The intimate group of three explores the unsteady process of healing and how human beings deflect and connect with one another. The play will premiere with two performances, at 2:15 p.m. and at 7:30 p.m., Sunday in Bratton Theater.

The two other characters are hurting in their own ways. Andy, a high school calculus teacher who has long adored Ilana’s work from afar, struggles to forge human connections. His student Suresh’s mother was recently killed in a hit-and-run car accident, and Suresh is muddling through his grief. The characters coalesce imperfectly, marked by individual yearnings and needs.

Luis Vega, the guest actor who plays Andy, testified to Perry’s philosophy of centering humanity in the rehearsal room. Vega said that the cast starts every day by circling up and genuinely checking in with one another. Perry also throws in a personal or fun question for everyone to answer.

“There’s this notion of giving yourself up for the arts, and Lamar has re-centered everyone’s well-being and humanity,” Vega said.

Perry also finds the practice of re-centering the voices and stories of historically marginalized people to be a vital one. He began his career as an actor, and as a queer Black man, he noticed that time and again, cisgender white men were sitting behind the table as directors and producers.

“They didn’t really have an understanding or capacity of extending grace for a queer Black body,” Perry said. “I kept putting my faith in these artists and in these gatekeepers to really transform this space for me to create stories and worlds that I could inhabit fully, to be seen and heard, and to feel safe. And I just kept being let down.”

Perry decided that he wanted to sit in the director’s chair and reclaim the power to tell his own stories, as well as the stories of other marginalized communities. In his production, guest actor Breezy Leigh plays Ilana, the first time a Black woman will do so; Leigh is excited to take on that role.

“I think that she’s such a complex character and to be able to have a Black female-identifying body in that role is an honor,” Leigh said.

Perry is passionate about the vitality in telling the stories of those who have been historically silenced and denigrated.

“The violence that myself and my community experience is directly correlated to how stories are told about us in television and film,” Perry said. “And even in that, I have to acknowledge my privilege as a cis man. So when I think about my artistic advocacy, I’m always thinking about centering or having a conversation that’s going to engage in some kind of liberation work for my community. So it was really important to me not only for Ilana to be a Black woman, but to be a plus-sized Black woman.”

Perry noted American culture and American theater’s uneasy relationship to larger bodies, at once unspoken and inscribed in the fabric of society.

Perry is intentional in every artistic choice for this production, and hopes to spark a conversation about who is deemed worthy of grace and who is not deemed worthy, who is allowed the space to hurt and heal, and who is condemned for doing so imperfectly.

“I think the biggest thing for me, and I think that it’s the gift of this play, is just how we engage with conversation around the things that we take from people when we’re healing that we don’t necessarily always have permission to take, and the grace and the forgiveness that that deserves,” Perry said.

Perry thinks that television and film often present an idealized image of healing, a linear progression sparkling with yoga and waterfalls. Instead, Perry wants to draw attention to the messy reality of coping with trauma, especially given the collective and individual trauma that human beings are enduring due to the COVID-19 pandemic, drastic political divides and countless other factors.

“I just want us to be able to collectively breathe a little bit easier together,” Perry said.