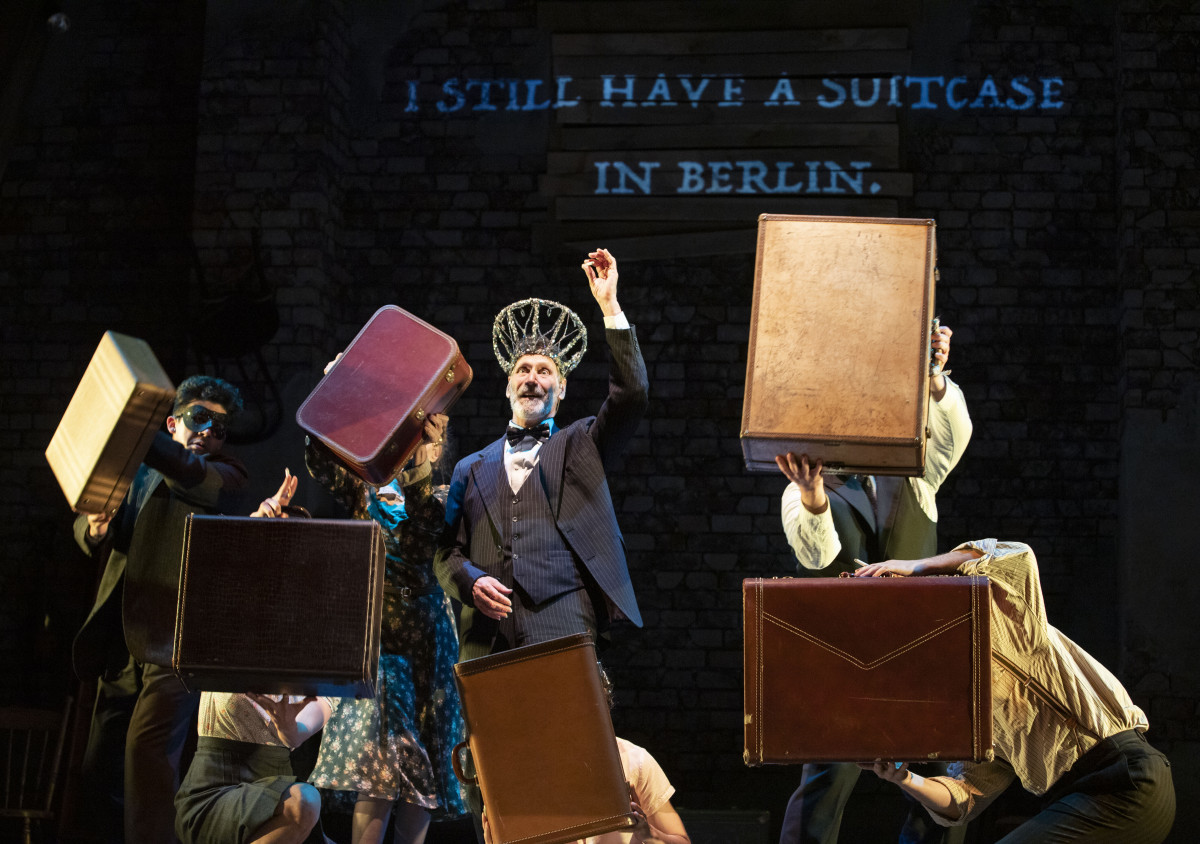 Perched on a rocking chair on the shady porch of Bratton Theater, Adin Walker’s feet don’t touch the ground. The choreographer for Chautauqua Theater Company’s production of Indecent described the sensation of composer Lisa Gutkin’s music, which animates the show, by wrapping their arms around themself and clasping their hands to their heart.

Walker grew up dancing, doing ballet from an early age and competing with hip-hop crews, but developing arthritis in their ankles cut that career path short. Walker pivoted to choreographing, but misses dancing.

“With (Gutkin’s) music, I just suddenly forget about the injuries of my body, and I can just dance and move,” Walker said. “And getting to choreograph daily to her music, I’m able to have an experience with my own body that I just treasure.”

Indecent is a musical, or a play with music, depending on who you ask. It tells the story of  Polish-Yiddish playwright Sholem Asch’s play The God of Vengeance, following the plotline from a living room in Poland to the stages of Broadway. The play was an international sensation but, due to its explicit content, ran afoul of censors and created concern in Jewish community members when it moved to Broadway.

Indecent features musical numbers that are woven into the fabric of the show, including a German cabaret-style performance and Jewish folk dancing. Indecent continues its run at 7:30 p.m. Thursday, July 7, in Bratton Theater.

This is the third time Walker is working on Indecent. In 2018, they were the associate choreographer to Yehuda Hyman for a production at Minneapolis’ Guthrie Theater. Hyman taught Walker about Yiddish-Jewish folk movement, a tradition that is front and center in Indecent; Walker took the traditions and infused it with their own style. Walker is a trained hip-hop dancer and strove to integrate a contemporary sensibility into the choreography while remaining rooted in authenticity.

“One of the things I love in hip-hop is the muscular isolation that can create fluidity,” Walker said.

Walker is inspired by water, specifically the ocean, and brought that inspiration to this production. Many of the characters of Indecent are eastern European immigrants crossing the Atlantic Ocean to land on American shores. Walker also said that they view the ocean as a queer space of possibility — an immense expanse that defies rigidity.

“I’m interested in the trauma of the ocean, that when you arrive here you are always kind of on sea legs, that you never quite feel the solid ground underneath you,” Walker said. “The ocean is simultaneously this terrifying place of vast emptiness and nothingness, but it’s also incredibly freeing because water ultimately has no shape.”

Queerness permeates Walker’s work both in theater and in academia — they are currently pursuing a doctorate in performance studies with an emphasis on both film studies and feminist, gender and sexuality studies at Stanford University. In their scholarship, they explore how queer artists address aging in an era shaped by the HIV/AIDS epidemic. They made a conscious decision to devote themself to queer work; but Indecent, which revolves around the love between two women, is the first time they’ve been able to work on a show that links their Jewish identity to their queer identity.

Walker’s middle name is Sidney, after their Jewish great-grandfather. Sidney was a photographer who worked as a salesman to support his family, but he kept a darkroom in his house and taught his daughters how to process photos. Indecent is fundamentally a story about ghosts, and working on it makes Walker feel like they’re dancing with the ghosts of their own family.

“I’m just so moved that I have this member of my family who was a Jewish immigrant and an artist who then had to become a salesman because he wasn’t able to make a living as a photographer,” Walker said. “I feel like because I’m able to commit my life to being an artist, I want to honor my own ancestors. And so when I engage with this piece, I’m thinking a lot of Sidney. I’ve never met him, but I feel like through this piece, I get to really connect with him.”

Walker resists a prescriptive approach to choreography, instead preferring to invite the actors into the process. Walker creates storyboards of formations of movement and bodies, shows them to the cast, shares the movement vocabulary, and then gives the performers the space to experiment.

“If I give them the container and a sense of a foundation, then they have room to breathe and spread their own wings and explore this vocabulary I’m giving them,” Walker said.

Rebeca Robles is the CTC conservatory actor playing Chana, one of the two lovers, in Indecent. She testified to Walker’s open and collaborative approach, which she appreciated as a relatively new dancer.

“The dancing doesn’t feel strict,” she said. “It feels like the movement is loose, and Adin was saying, ‘It’s okay if it’s not perfectly in sync or sharp.’ That sort of freedom has been really fun to play with.”

Indecent is, at its core, a love letter to theater, and while Walker is excited to be working on live theater again, their excitement is colored by fear and uncertainty given the ongoing pandemic. All of those feelings are anchored by gratitude.