CSO, led by Stuart Chafetz, to perform Williams’ score to live film of ‘The Empire Strikes Back’ 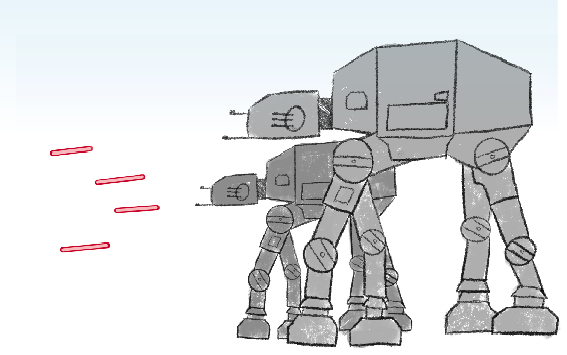 The Chautauqua Symphony Orchestra returns to a galaxy far, far away as it journeys back to the Star Wars series with “The Empire Strikes Back,” two summers after it first performed “A New Hope.”

The orchestra is picking the trilogy back up at 7:30 p.m. Saturday, July 23, in the Amphitheater under the direction of Principal Pops Conductor Stuart Chafetz, performing live John Williams’ original, Oscar-nominated score alongside the full 1980 film.

“It’s great to be back now, after COVID, in full gear, being able to do July 4 and premiere ‘Aladdin,’ which was fun,” Chafetz said. “This is just amazing music, and people have been looking forward to this since the first Star Wars that we did in 2019. So, this is really fun.”

George Lucas’ “The Empire Strikes Back” is the second in the Star Wars film series, but the fifth chronological chapter in the Skywalker saga. The film features not just the iconic cast of Mark Hamill, Carrie Fisher, Harrison Ford and Billy Dee Williams, among others, but Williams’ well-loved and respected original score, which won a Grammy.

For Chafetz, the real difficulty is in the concentration of following the movie exactly.

“It’s easy to get off of the movie. We have to follow the movie exactly for the music, for the drama,” Chafetz said. “So, the hardest thing is just staying focused for two hours and four minutes.”

“These film scores were designed to be recorded in chunks, not the entire film to be played at once. They would do one section, take a break, go back, maybe fix it,” Chafetz said. “For this, we just play it in concert with the film. So it’s extremely intense, and it takes a lot of concentration.”

This enormous feat is mostly done through individual practice, as CSO only meets twice to fully run through the movie before the performance, and only once with the full screen.

The CSO is used to this quick turn around, as they regularly perform a wide variety of music.

“Every week is something different, and yet very challenging. But it says a lot about the orchestra because they’re able to play a variety of styles. They could be doing classical one night and then pop the next,” Chafetz said. “It takes a great orchestra, with many great musicians, to be able to just change on a dime like that.”

At Chautauqua, the CSO’s audience is ever-changing, like its music. Star Wars In Concert opens up classical music to a wide range of people, Chaftez said.

“You get a lot of different varieties of people. Plus, you get mom, you get dad, you get grandparents, you get the kids, and this is one of those things where you can take the entire family and really enjoy,” Chafetz said. “That’s the beauty of it — being able to look out into the audience and seeing a packed Amphitheater with generations of families enjoying this wonderful film.”

The CSO enjoys submerging the audience in the experience.

“The biggest compliment we always get is ‘Oh, I forgot there was an orchestra.’ That means that we’ve lined up perfectly with the film,” Chafetz said. “That’s my goal.”