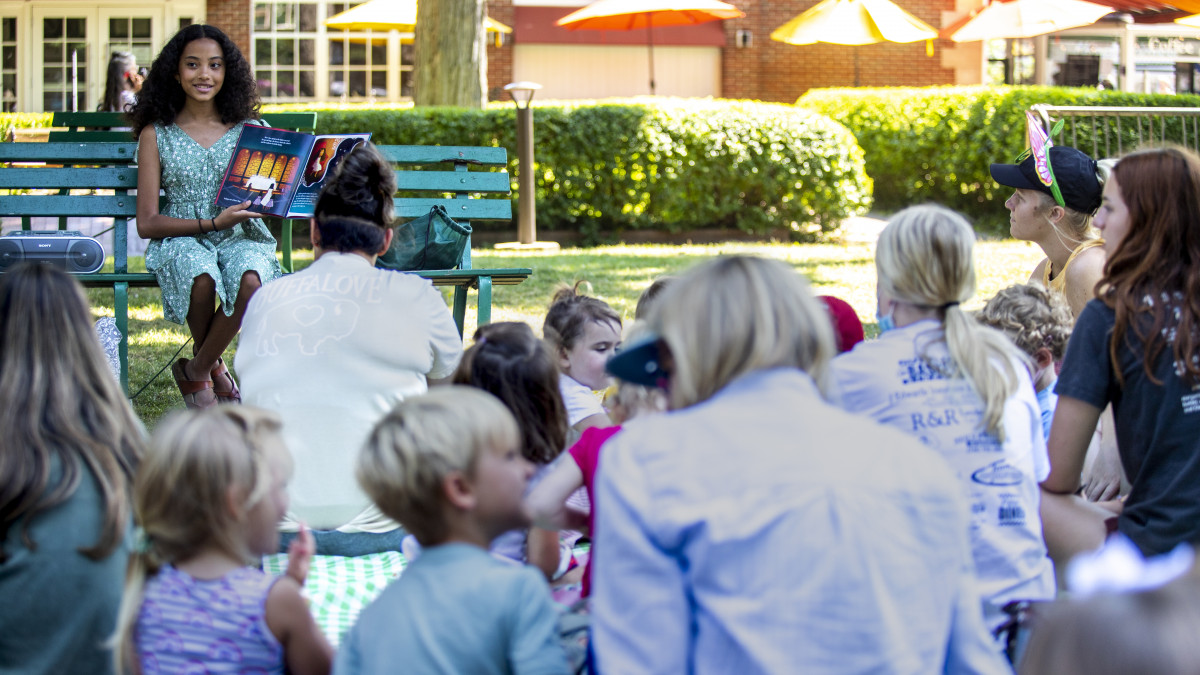 In 2019, at 11 years old, Charlotte Nebres made history by becoming the first Black ballet dancer to play the role of Marie in the New York City Ballet’s 65 years of The Nutcracker. This past Tuesday, she visited Smith Memorial Library during Children’s Story Time on Bestor Plaza to talk both about her book, Charlotte and the Nutcracker, and about making history at a young age.

“I think one of the most important messages from the book is that just because you are small doesn’t mean that you can’t do big things or have a big impact,” said Danielle Nebres, Charlotte’s mother.

Charlotte, an alum of the Chautauqua School of Dance, is a student at the School of American Ballet, which is affiliated with the New York City Ballet. The American Ballet gives emerging young ballet dancers the opportunity to be selected to perform in productions with the prestigious, critically acclaimed NYC Ballet. She performed with the American company for five years, and was selected to play Marie in George Balanchine’s The Nutcracker, with Tchaikovsky’s beloved music, on the grand stage of the Lincoln Center.

“For Charlotte to walk away with the role that everyone knows, it felt really unexpected, surprising and special,” Nebres said. “When (you consider) the dimension that this hadn’t ever happened before, I didn’t really think of it. We live in a time now where everything feels so diverse.”

Even though Charlotte’s time as Marie has ended, she and her mother hope that her history-making run in the show can inspire other young people to dream big.

“We really want the message to be clear that we want it for everyone, specifically Black ballerinas that have been waiting their turn patiently,” Nebres said. “Charlotte is really rooting for the female dancers, particularly Black female dancers, to each have their own moment in the spotlight.”