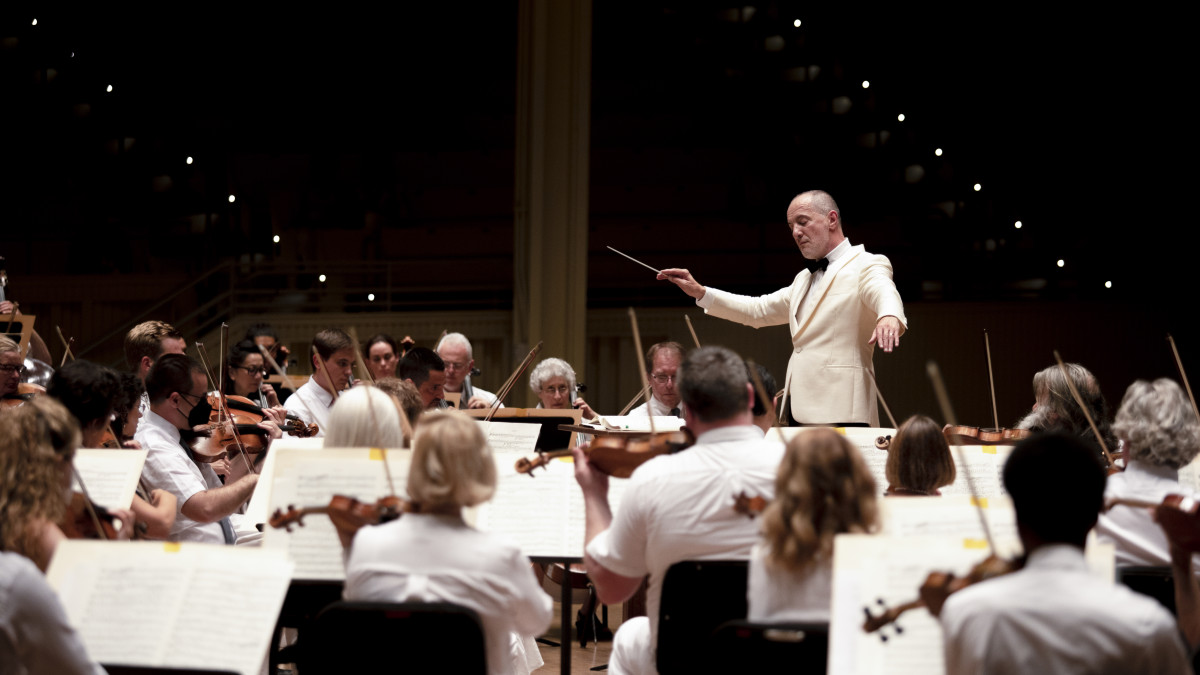 One of the most important composers to Alexander Gavrylyuk — a composer he grew up listening to, in fact — is Sergei Prokofiev.

“Since he was born in Ukraine, same as myself, there was always this special link,” said Gavrylyuk, a Ukrainian-born Australian pianist. “My father’s side of the family comes from the very region (Prokofiev) was born in. Prokofiev’s music, I find, is always very theatrical, very charismatic, very satirical.”

At 8:15 p.m. Thursday, July 7, in the Amphitheater, Gavrylyuk will perform Prokofiev Piano Concerto No. 1 in D Flat’s major, op. 10, alongside the Chautauqua Symphony Orchestra, conducted by Music Director Rossen Milanov. Following Prokofiev, the CSO takes on Shostakovich’s Symphony No. 8. Together, the evening’s performance is titled “Passion and Struggle.”

“(The Prokofiev concerto) is a work that he composed when he was only 20 years old, and he performed it at the graduation for his conservatory in St. Petersburg,” Gavrylyuk said. “What’s interesting about Prokofiev is that he was actually born where some of the fiercest fighting is happening right now, in the Donbas area.”

For Gavrylyuk, the concerto is an optimistic work, one with plenty of musical jokes peppered throughout the piece that he said he’s excited for Chautauquans to experience.

“There’s a lot of humor in this piece,” he said. “But there are also quite a few daring musical ideas that Prokofiev purposefully included in defiance of the conservatory’s teachers. It’s a daring work that was very successful, in fact.”

As a performer, Gavrylyuk said one of his most important goals is to find the artistic truth behind a given piece of music.

“By learning about the background and history for a composition like this, I can more easily achieve that goal,” he said. “And by trying to get inside Prokofiev’s mind and inside his emotional world, and by imagining the reasons and inspirations that he had at the time, I can more accurately play his music.”

Performing with the CSO, Gavrylyuk said, is “a gratifying experience,” in part because of how in tune the two musical entities are.

“We’ve only had one rehearsal, but because we’ve performed together so many times, we really know each other’s way of playing,” he said. “It’s a really organic kind of process every time we play together. It’s a wonderful orchestra with a truly positive psychology and approach to rehearsing. They share the Chautauquan mindset: a nice, really inspiring energy that occurs on stage, that you can feel.”

Gavrylyuk said that even though he performs constantly with many different orchestras, playing with the CSO is “very personal.”

“I’m so excited to share this music with everyone,” he said.

Kelsey Leonard urges audience to take change into own hands