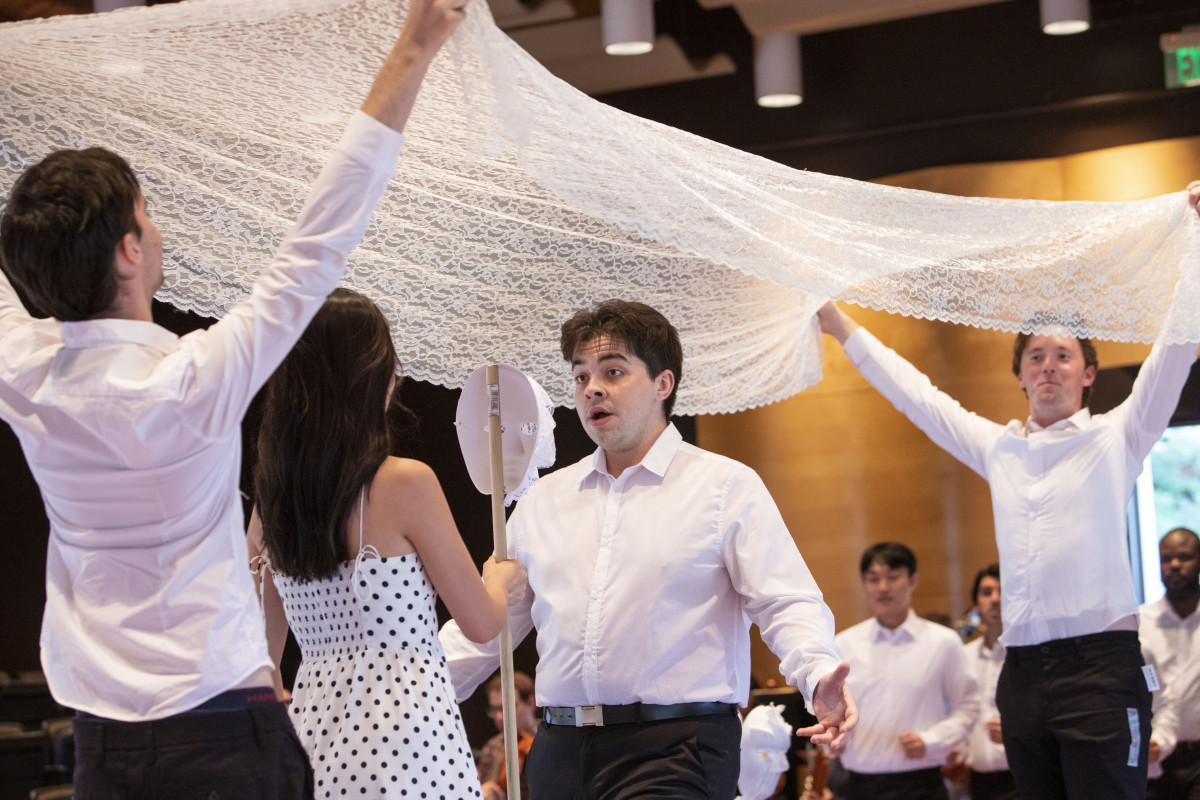 At 7 p.m. Wednesday, July 20, in McKnight Hall, under the direction of John Giampietro, the Opera Conservatory will tell the story of the fictional, but nevertheless notorious, Don Giovanni in his quest to seduce women. When he runs into unfortunate mishaps, either by murdering a woman’s father or failing to convince a woman to leave her fiancé, he beguiles by disguises, lies and general manipulation.

Masetto, Zerlina’s fiancé who inadvertently attracts the attention of Don Giovanni, is played by two Opera Conservatory students. Tonight bass-baritone Nan Wang will take the stage, and on Friday Fabian-Jakob Balkhausen will portray Masetto. While Chautauqua’s School of Music Voice Program has staged operas throughout the season for years, Don Giovanni marks the first production of the Opera Conservatory now under the auspices of Chautauqua Opera Company and the joint leadership of Chautauqua Opera General and Artistic Director Steven Osgood, and Conservatory Director Marlena Malas. A special reception celebrating that new structure, and the launch of the Marlena Malas Scholarship, is set for Aug. 5 in McKnight.

The new scholarship will benefit students in the Opera Conservatory, like Balkhausen and Wang, in future years.

For Don Giovanni, Wang thinks his character Masetto has a unique perspective within the opera.

Masetto’s goal in Don Giovanni is to marry the maid Zerlina, which seems like it will happen without a hitch — until the rake Giovanni comes along.

Giovanni invites Masetto, Zerlina and their wedding party to his house for dinner, saying it is to celebrate their engagement, but he pulls Zerlina aside and proposes to her.

While Giovanni is the master manipulator, Masetto is very much not.

“He says what he thinks without thinking, and gets angry within one second, then easily changes his mind by a little trick of Zerlina,” Wang said. “I have a totally different personality from Masetto, but this is very attractive to me to live in someone else’s body and to explore their lives and their thoughts.”

This is Wang’s first experience at a summer conservatory, and while he is no stranger to the theater, opera is newer to him.

“In the process of staging, I found some abstractive elements and symbolizations involved, including the movement and physical training at the beginning, and the following staging part, very, very fascinating,” Wang said. “I used to be obsessed with this sort of technique in drama and visual art areas, so this time I’m very excited that I can finally experience it in opera.”