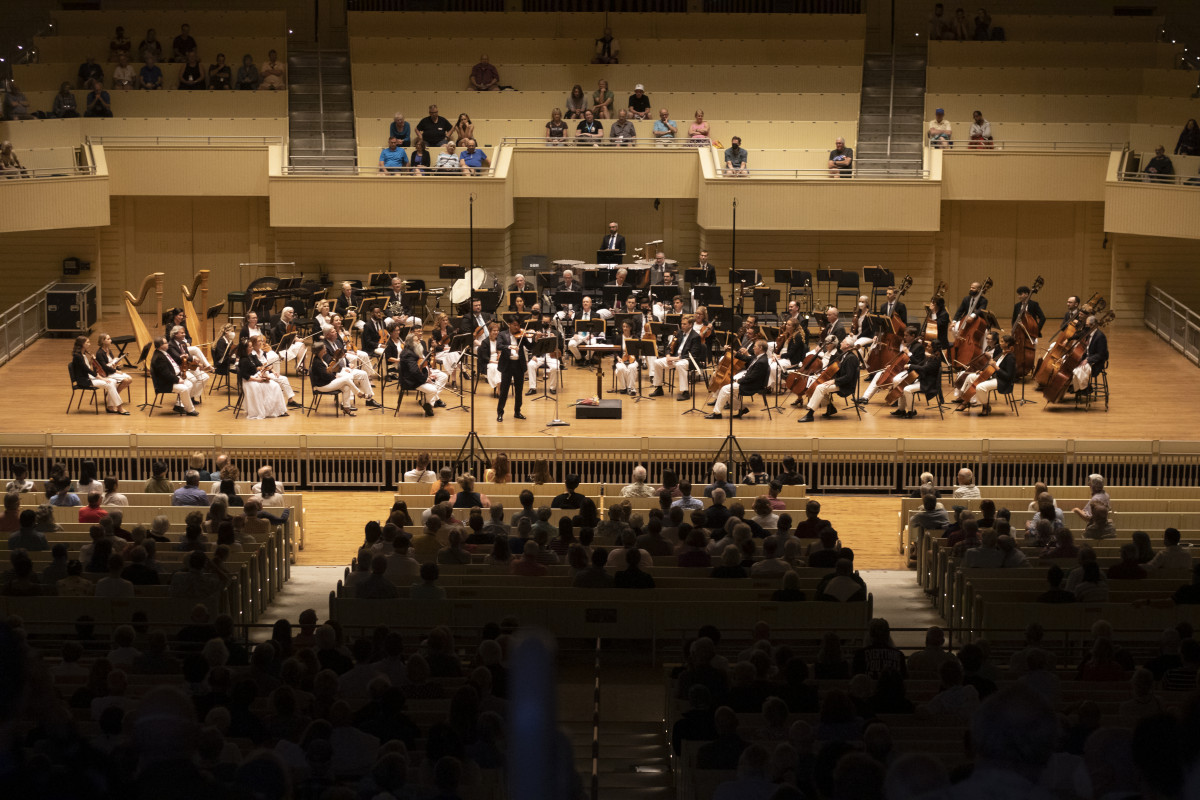 Soprano Wendy Bryn Harmer’s dream career is to be a lounge singer, but right now she is more than  happy to sing classical music with the Chautauqua Symphony Orchestra.

“The composers I sing the most (are) Beethoven, Wagner, Strauss, but the composers I love the most are Irving Berlin, Jerome Kern and Sondheim,” Harmer said. “I sort of just happened into opera, and it was the path of least resistance in a lot of ways, so that’s the path I ended up on.”

Harmer will perform alongside the CSO at 8:15 p.m. Thursday, July 14, in the Amphitheater, under the baton of guest conductor Gemma New — musical director of the Hamilton Philharmonic Orchestra in Hamilton, Ontario, and the first female principal conductor of the New Zealand Symphony Orchestra.

New, Harmer and the CSO will present an evening of Beethoven and Samuel Barber, a 20th-century American composer, as well as Prokofiev’s Symphony No. 1.

Harmer will accompany the CSO for Barber’s “Knoxville: Summer of 1915” and Beethoven’s “Ah! Perfido.”

“(The Barber piece is) basically this memory of how it was when I was a child, and my mother spreading a quilt on the grass; I would just sit there, and it was this peaceful (experience),” Harmer said.

While “Knoxville: Summer of 1915” evokes these pleasant emotions, it is not a one-dimensional piece.

“There’s also this underlying darkness because then at the end she, the narrator, says several times, ‘But they won’t tell me who I am,’ ” Harmer said.

“(It) is rage and fury and anger and very Beethoven,” said Harmer, a alumna of the Metropolitan Opera’s Lindemann Young Artists Development Program, and a previous Chautauqua Opera Company Guest Artist.

Although symphony performances are not necessarily as intimate an experience as seeing a lounge singer, Harmer appreciates how she can see individuals in the audience during a concert. When she performs in operas, that connection is not always there.

“I don’t usually see the eyes of the audience. I mean, I can see the audience, but I’m not individually picking them out,” Harmer said.

Eye contact during a concert reminds Harmer of how powerful and influential the music she sings can be.

“I was doing (Beethoven’s Symphony No. 9) not long ago,” she said, “and … there was a woman who clearly brought her grandchildren, and they were kind of nodding off. And we get to the fourth movement where all of a sudden, all the kids sit up straight because they’re like, ‘Wait a minute. I know this tune.’ … You can just see the light go on.”

Witnessing an audience’s reaction to the music  is a unique experience for vocalists in orchestra concerts. Seeing the audience up close gives them the opportunity to immediately see the impact of the music they are making.

“It’s sort of fun to view, and it’s a good reminder that sometimes we feel, as performers, like, ‘Oh, we’re just coming and doing our job that we do everyday,’ ” Harmer said. “But it’s really gratifying to realize from the other side, like, this kid is seeing his first Beethoven 9, and he’s totally hooked.”