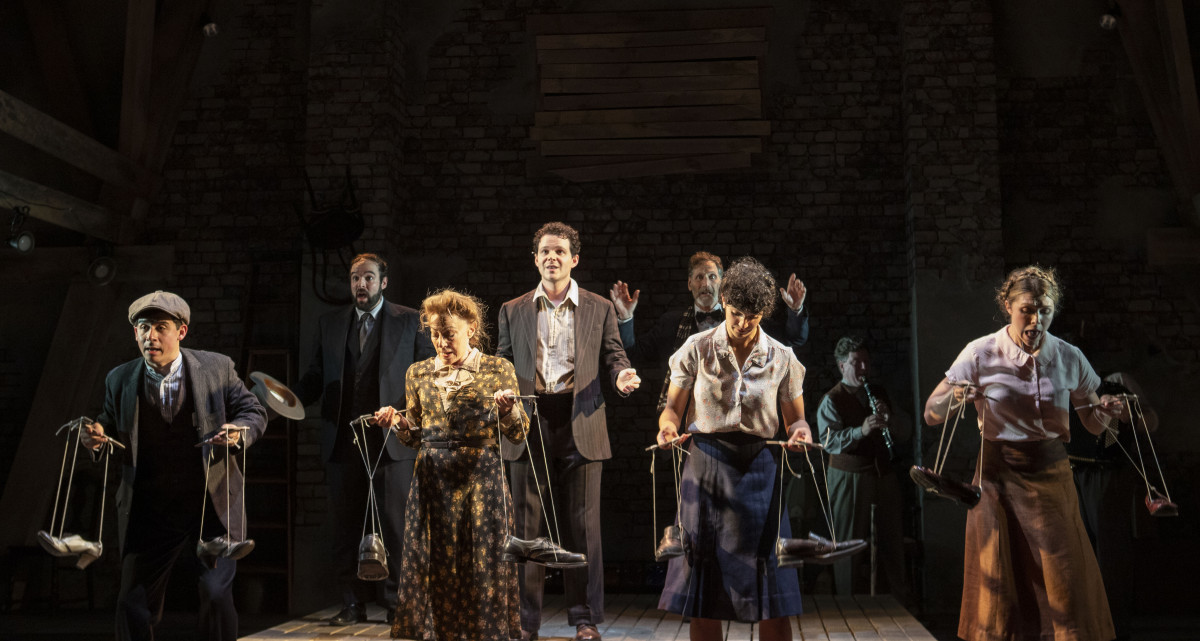 Nicole Wee, the costume designer for Chautauqua Theater Company’s production of Indecent, has always had her eye on the visual arts. Even before she found herself on the path of costume design, Wee was always drawing as a child, and in college, she was initially training to be an animator, dreaming of working for Pixar Animation Studios one day.

She said that Pixar likes people who have theater experience, and who are familiar with creating characters and telling stories. Because her grandmother taught her how to sew, Wee took a costume history class her final year of college. One internship at a theater company’s costume shop and one design fellowship at the Chautauqua Institution later, she became a costume designer.

In retrospect, she should have known. When Wee, as an adult, returned to her childhood home to go through her old belongings, she found drawings of Victorian dresses and pieces of clothes she had made for her dolls.

“And I wasn’t making, like, cool clothes for them. I was making colonial bonnets,” Wee said with a laugh. “In hindsight, it was obvious.”

Wee’s early interest in historical garments serves her well for designing the costumes of Indecent, which continues its CTC run with performances at 2:15 p.m. and 7:30 p.m. Sunday, July 2, in Bratton Theater. The play, written by Pulitzer Prize-winner Paula Vogel, recounts the history of the beleaguered 1906 Yiddish play The God of Vengeance. Indecent tells that story, from the turn of the 20th century through the devastation of the Holocaust, from a Polish shtetl to the stages of Broadway, all through the eyes of the ghosts of a Yiddish theater troupe.

Each of Indecent’s actors play multiple characters, so the scope of the costuming for the show was a challenge; the costumes play a key role in delineating between characters.

Wee’s design process for any show starts with a comprehensive examination of the script and plenty of research. For this show, research into the history of its setting was particularly essential, as Wee wanted to mirror reality.

“Doing the research for this was actually incredibly emotional, seeing the reality of what happened and also being unable to ignore parallels with what’s happening in our world today,” Wee said. “That was where I was really grounded for this project.”

Wee said it’s been lovely to be in a room collaborating with other artists. She said that ghosts and haunting have been major touchstones for the Indecent team.

“We’ve been thinking about ghosts and being trapped in cycles and stories that we have to return to and tell,” Wee said. “Why ghosts stick around, why they’re haunted. How ghost stories can be a way of working out generational trauma and things that we haven’t been able to let go of.”