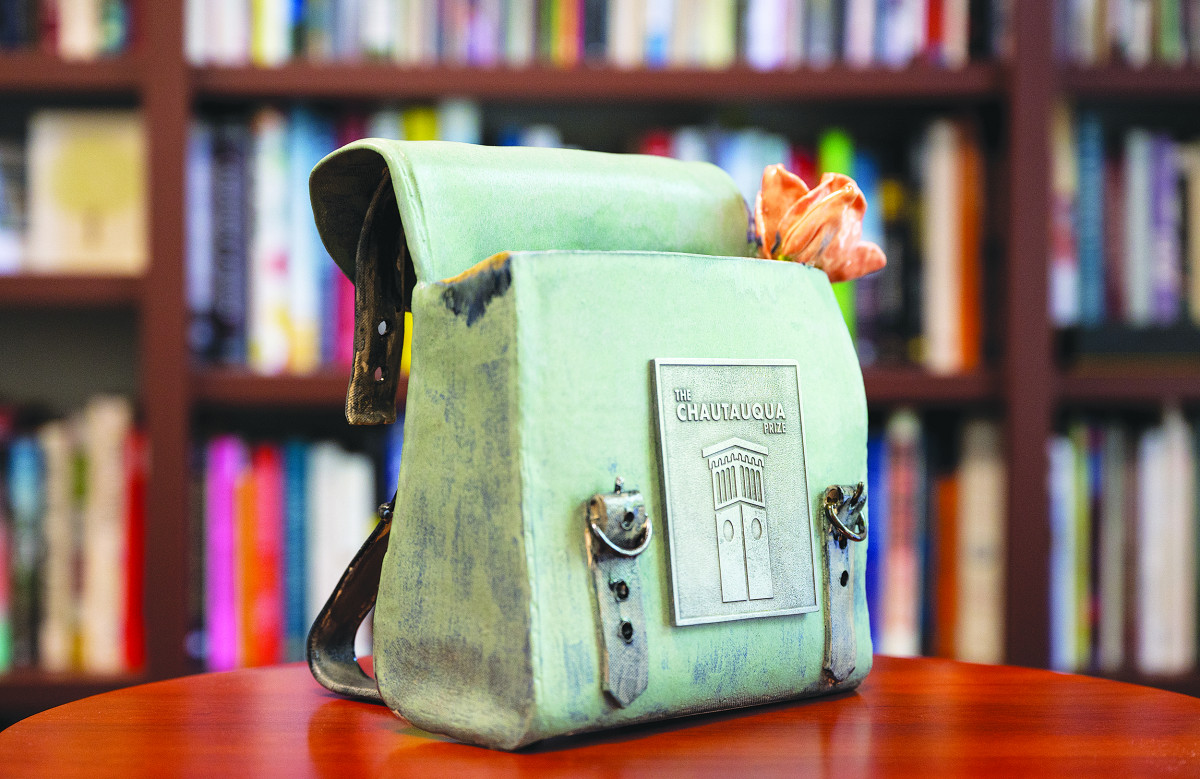 When Rebecca Donner wrote a biography about her great-great-aunt Mildred Harnack, she had no idea the accolades it would receive.

Along with many other awards, All the Frequent Troubles of Our Days: The True Story of the American Woman at the Heart of the German Resistance to Hitler won a 2022 National Book Critics Circle Award for Biography and the PEN/Jacqueline Bograd Weld Award.

Now, Donner, who was recently awarded a 2022 Guggenheim fellowship  and has been a two-time Yaddo fellow, can add yet one more accolade to her list: All the Frequent Troubles is the winner of the 2022 Chautauqua Prize, announced to the public in early June and selected from 10 finalists and, in total, nearly 300 submissions from publishers, agents and authors — a record-breaking number for the Prize in its 11th year.

At 3:30 p.m. Friday, Aug. 5 in the Hall of Philosophy during the ceremony officially awarding The Chautauqua Prize — the first in-person since 2019 — Donner will give a reading from her biography on Harnack, who was a literary historian, author, translator and the only identified American who was in a leadership position in the German resistance against the Nazi regime.

Donner’s work is the latest in a growing line of Chautauqua Prize winners. The Chautauqua Prize was created in 2012 to honor an author — of either fiction or narrative nonfiction published in the previous calendar year — for writing a significant contribution to the literary arts in a book that provides a richly rewarding reading experience. Each nominated book is read by three volunteers with professional backgrounds in an array of literary arts industries, who then evaluate the books to create a longlist for the anonymous, independent Chautauqua Prize jury.

That jury then winnows the longlist — too long to publish — into a list of finalists. Announced in late May, the finalists for the 2022 Chatuauqua Prize were  Facing the Mountain: A True Story of Japanese American Heroes in World War II, by Daniel James Brown; Dear Memory: Letters on Writing, Silence, and Grief, by Victoria Chang; Damnation Spring, by Ash Davidson; The Prophets, by Robert Jones, Jr.; All That She Carried: The Journey of Ashley’s Sack, a Black Family Keepsake, by Tiya Miles; Hell of a Book, by Jason Mott; Love and Fury: A Novel of Mary Wollstonecraft, by Samantha Silva; The Agitators: Three Friends Who Fought for Abolition and Women’s Rights, by Dorothy Wickenden; and Today a Woman Went Mad at the Supermarket: Stories, by Hilma Wolitzer. Many, like Donner’s had already won honors in their own right.

“It’s an incredible honor to have won this prize,” Donner  said. “I’m very grateful to the jury. I truly had no idea the recognition it would receive, largely because I knew I was taking some aesthetic risks. Whenever you do that, you risk alienating some readers. This is not a conventional biography.”

Donner said she regards All the Frequent Troubles as being “a fusion of biography, espionage thriller and detective story.”

The book itself takes two major risks, Donner said, starting with the fact that it’s written in the present tense.

She made that choice because she wanted to give the readers of her book a sense of urgency, as if they were on the streets of Berlin with Harnack, Donner said.

The second risk Donner said she made was that ultimately, she decided to split the book into two different narratives: one involving Harnack, and one that chronicles the acts of resistance done by an 11-year-old courier named Don Heath, who was 89 and living in California when Donner found him in 2016.

“I made that choice because after I interviewed him, when I tracked him down, he just blew my mind,” she said. “He had a really acute memory and acute recollection of that time. He was also the last person, to my knowledge, who was alive and who had direct experience and participated in Mildred’s acts of espionage.”

Reading All the Frequent Troubles was a special experience for Sony Ton-Aime, Chautauqua’s Michael I. Rudell Director of Literary Arts, who holds the endowed position named for the man who initially inspired and supported the Prize. Ton-Aime noted that,  at the prose level, Donner’s structuring  “was so well done, and so enthralling.”

“Sometimes you forget that it’s a history book and that it happened in the past,” he said. “The people — although you know the fate of the main character from the beginning, you are hoping she won’t meet her end like that. It’s a marvelous book.”