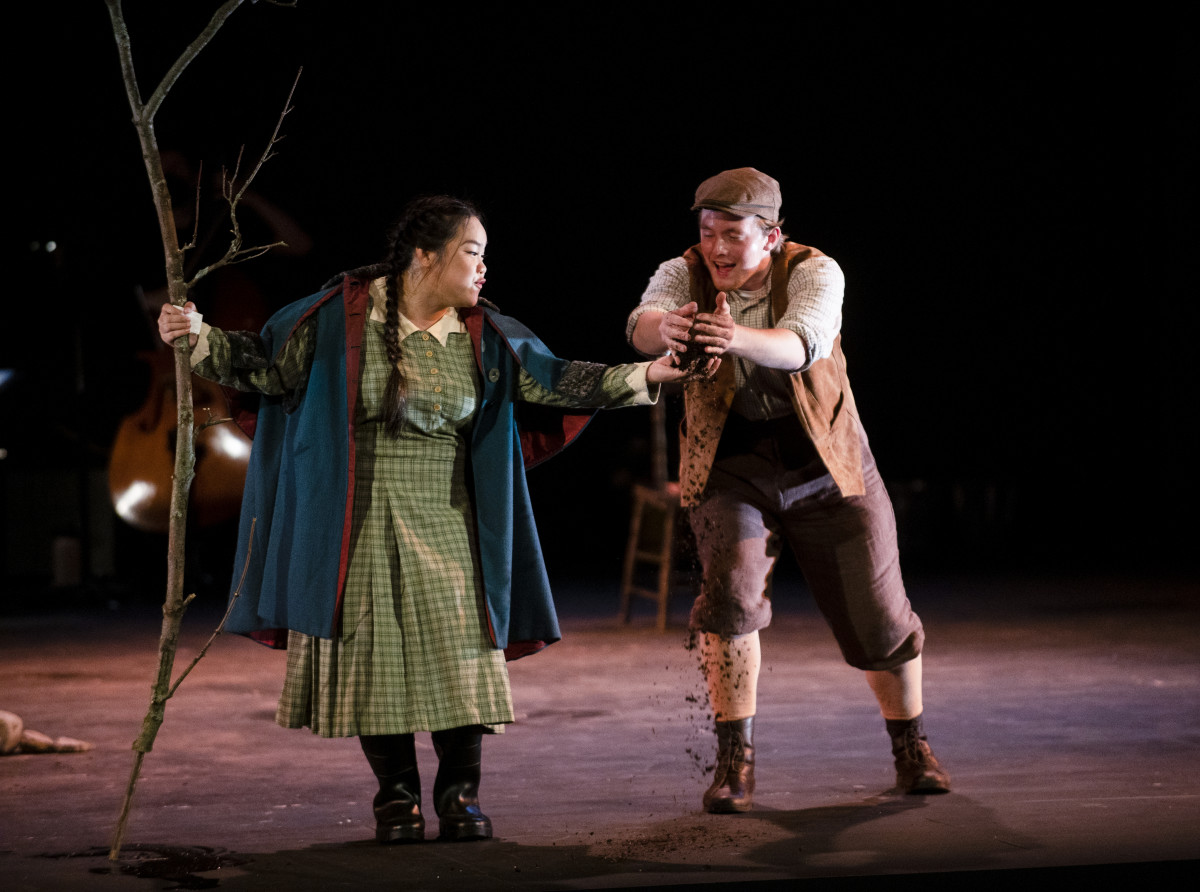 For stage director Marcus Shields, the most difficult aspect of directing is managing all the moving parts.

“The challenge of directing is always the challenge of understanding all of the variables in any given situation and making a product for those variables,” Shields said. “It’s a bit like architecture in that way.”

The variables Shields has now, in the 2022 production of The Secret Garden, is a cast of Chautauqua Opera Conservatory students who are all 20-somethings, playing a range of characters ages 10 to 70 years old.

The musical, which was composed by Lucy Simon and written by Marsha Norman, premieres at 4 p.m. Wednesday, Aug. 10 in Norton Hall, for one show only.

Having a cast of Opera Conservatory students who are primarily in their 20s helped guide Shields on where the production would go, because the original casting requirements included an intense range of ages.

Soprano Phoebe Chee, who is currently a student at the San Francisco Conservatory of Music, portrays Mary Lennox in the musical. Chee admitted she was not sure how to play a child when she was first cast. Shields’ approach to the show gave her clarity in how she — as a young adult — could play 10-year-old Mary Lennox; he decided to take a figurative approach.

“He’s been helpful in a sense because we’re all people in their 20s, … so you embody the youthfulness, but you’re not the kid,” she said.

From that decision, Shields molded the rest of the show. He chose to follow the 1991 original Broadway cast recording of The Secret Garden, excluding any dialogue that is not a part of that recording.

“Before I was ever asked to direct this piece, before I really knew much about it, I just knew songs. I would listen to that cast album, and I loved it,” Shields said. “I just tend to love cast albums. When I was in high school living in South Carolina, unable to go to Broadway and see shows … Wicked was a huge thing. The only way I had to experience Wicked was through this cast album.”

In contrast to Shields, Chee — who grew up in Singapore — found her start in music by singing pop, and then opera.

“Everyone in America has done musicals in their high school or something,” she said. “They have some kind of experience with it. But it’s my first time, so it’s all very, very exciting.”

While she has never done musical theater before this production, she feels the combination of her singing experiences makes her ready to take on this challenge.

“I feel like musical theater is a combination of opera and pop,” she said. “I hope I don’t sound like an opera singer trying to sing musical theater, like singing with a full vibrato or something.”

One of the final variables Shields had to contend with was Norton Hall being the setting for the show. He chose to fly out all the legs and the curtains, leaving the back wall of Norton exposed to the audience.

“Theater is a space of imagination,” he said. “It’s not a literal space. It’s a metaphorical space. You don’t need to see a tree onstage to understand where you are.”

They accomplish much of the set through lighting to conjure the location in audience members’ minds, but the set is still more than only lighting.

“We’re using a lot of dirt, a lot of plants, a lot of plastic and things that are real-textured, that you would find if you were to look at a garden center,” Shields said.

Ultimately, everything Shields and the cast does onstage is meant to draw the audience to what The Secret Garden is truly about.

“It’s all about grief. And it’s about that thing where life is about making plans and having plans be destroyed,” Shields said.

In the opening scene of the musical, Mary’s parents die of cholera, and after that, she and the other characters have to face the pain they have experienced and deal with how it has shaped them. Shields believes that is the power of The Secret Garden.

“The reason why people have loved it for 100 years is not the happy part of it,” he said. “It’s the dark part that then becomes hopeful, that people choose to — in spite of immense tragedy — continue this beautiful project of living, which is very hard, but ultimately the most wonderful thing you could possibly do.”