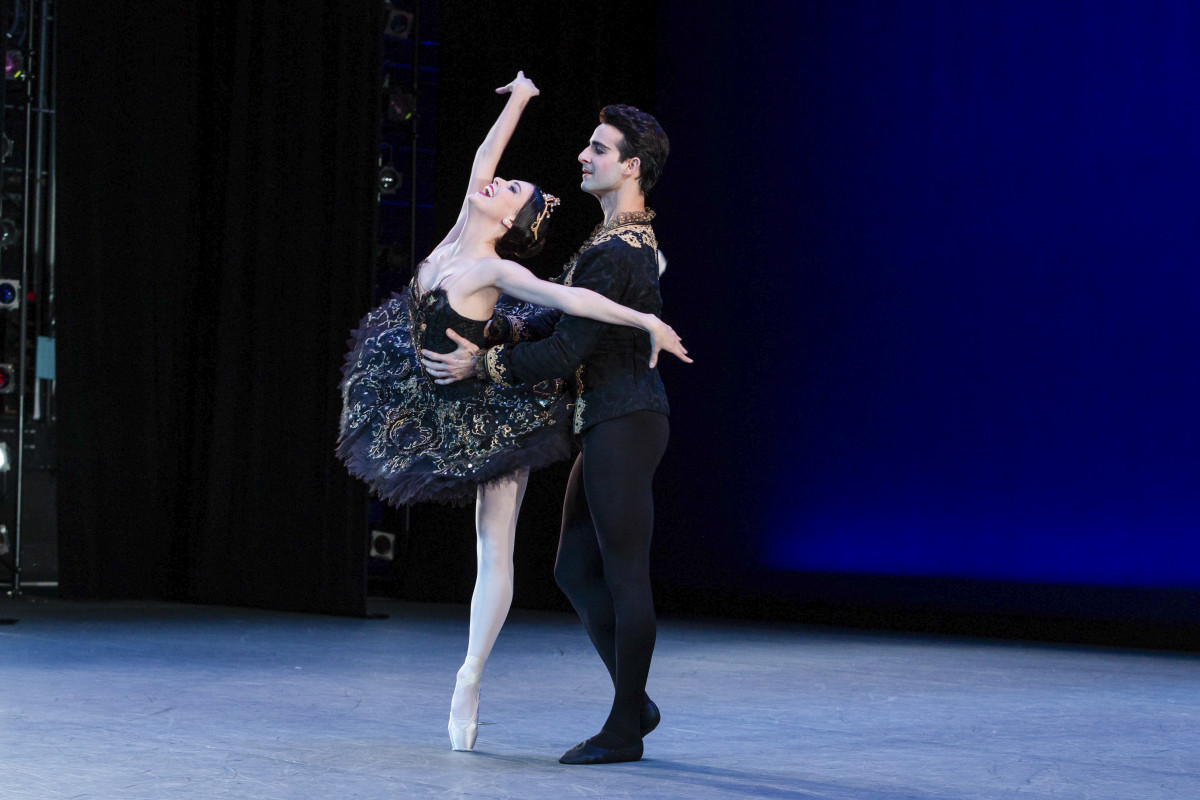 Thirty-nine years ago, Julie Kent first chasséd across Chautauqua as a student in the School of Dance. Now, she returns with The Washington Ballet as their artistic director.

“Now to be back as a company, in residence … it’s so many circles and meaningful connections,” Kent said. “Having been here as a student, and then as a faculty member and now as a leader, it’s really exciting. It’s a very special place. I think everyone that’s ever been here can see that.”

At 8:15 p.m. tonight in the Amphitheater, The Washington Ballet will take the stage in the first public performance of the company’s two-week residency at Chautauqua. Prior to the performance, the Chautauqua Dance Circle hosts a Dance Preview at 7 p.m. Wednesday, Aug. 10 in Smith Wilkes Hall with Cassia Farley, costume designer, and Silas Farley, choreographer and dean of the Trudl Zipper Dance Institute of The Colburn School. The preview will be moderated by Chautauqua School of Dance Interim Director Sasha Janes.

The Amp performance begins with the premiere of Dowland Dances, which was choreographed at Chautauqua by Farley, set to music by John Dowland and recorded by British singer-songwriter Sting. The piece is complete with costumes designed by Cassia Farley, the choreographer’s wife.

“It’s a really beautiful sort of use of ancient music with a modern voice,” Kent said.

Farley originally choreographed this piece in 2014 as a workshop at The School of American Ballet — the training academy of the New York City Ballet.

He would go to The New York Public Library for the Performing Arts and flip through CDs; there, he fostered a deep connection with Sting’s album Songs from the Labyrinth.

“He has this husky, modern voice singing these Elizabethan-era songs about themes that are always relevant and resonant — about love, about nature, about melancholy and about relationships. They’re timeless in that regard,” Farley said. “There’s something very intimate about the music, because it’s just the one voice and the one (lutenist). It’s as if we’re just sitting around a living room or a campfire and we’re having this very close, visceral exchange.”

Farley owes the continuation and growth of this piece to the professional dancers who helped workshop it, and to Cassia Farley, whom he calls his muse, confidant and collaborator.

“She was assisting me (back in 2014), and we had a great time working with the students on that piece,” Farley said. “It’s not like I’d forgotten about that piece. When Julie asked me to do something, … it was Cassia who said, ‘Well, why don’t you go back to the Dowland pieces? Why don’t you build on that idea?’ ”

Farley had always wanted to expand and deepen the work with the professional dancers.

“Oftentimes, when you work in the professional ballet world, you have a very short timeframe to prepare the piece,” Farley said. “So you need to have some homework done already, so that you can come in and maximize that time with the professional dancers.”

“It’s one of the most famous standalone pas de deux, and is just brilliant choreography and music,” Kent said. “It’ll be both poetic and virtuosic, while showing the depth of talent in our beautiful company.”

Closing the performance is Beethoven Serenade, which The Washington Ballet just premiered in June, choreographed by Jessica Lang. Kent said she thinks Chautauquans will enjoy this wide range of repertoire.

“Our dancers are really facile at moving through different movement languages, different choreographic styles, which makes their performances so meaningful because they’re able to communicate so well with all different kinds of movement styles,” Kent said. “Audiences that discover The Washington Ballet for the first time are really impacted by both the physical beauty and the quality of the work that they bring to the stage.”

Kent feels that The Washington Ballet’s Chautauqua residency, encompassing parts of Weeks Six, Seven and Eight, and the overall environment of the grounds, has already influenced her and the dancers.

“The creative process is so influenced by the environment. … The environment that you are in as a person reflects everything that you bring to your dance and into your work,” Kent said. “I’m excited to see how this sort of intensive creative, the beauty of the idyllic setting here, will affect the finished product.”

And, she said, having a piece premiere on Chautauqua’s historic Amp stage is extra special.

“Commissions that premiere at Chautauqua will always have that piece of history attached to it,” Kent said. “So as the ballet lives on and is performed on stages all over the world, it takes with it the spirit of Chautauqua. That’s a wonderful legacy.”