After the sun sets, a different kind of light takes hold of cities. Between night shift workers heading to their jobs and night shift socializers emerging with excitement, nighttime does not denote an ending, but rather represents a fruitful counterpart to the daytime.

Although night is sometimes associated with fear or illicit activities, Sheena Jardine-Olade combats these stereotypes through her work as co-founder of Night Lab, a research and strategy group that consults cities on how to improve their nighttime economies (NTE).

Her work aims to infuse cities’ nightlife with vibrancy by making the spaces safer, more accessible and more sustainable.

Jardine-Olade will provide a view of what a healthy and thriving NTE can look like in her lecture, “Equity and the 24-Hour City,” at 10:45 a.m. Thursday, Aug. 4 in the Amphitheater for the Week Six theme, “After Dark: The World of Nighttime.”

In September 2020, on a panel discussion with the Canadian Urban Institute, Jardine-Olade identified two key components of the NTE: the festive economy, which includes bars and restaurants; and the gig economy, which includes essential services, office work and factory work. Along with her Night Lab colleagues, she endeavors to expand the NTE within cities to be more on par with the daytime economy.

“As advocates for NTE, what we think is that you should be able to access all the amenities that you want whether it be 2 p.m. or 2 a.m.,” she said on the 2020 panel, “and that if cities plan for their nighttime economy — and not just as an afterthought, but holistically — that they can incorporate safety and inclusion, and they’ll receive a lot of benefits, not just economic or tangible ones, like tourism or jobs; they’ll also see other intangible benefits, as well.”

Matt Ewalt, vice president and Emily and Richard Smucker Chair for Education, described the possible applications of the week’s theme in relation to current conversations.

“Inside a week in which we look at very timely issues, from dark skies and light pollution, to thinking about nighttime economies, that are just two of an infinite number of pathways we can take to exploring the larger theme,” Ewalt said. “(The week allows) tackling tough issues, but also having great fun with the theme.”

Jardine-Olade’s work with Night Lab and as an accessibility planner for the City of Vancouver in British Columbia, Canada, gave her the opportunity to connect the logistical and creative aspects of city planning. She seeks to inform city officials about the potential successes and challenges of a flourishing NTE.

“A lot of the work that we do is about changing public and institutional perceptions on what the nighttime economy actually is, and helping cities and communities possibly identify barriers or blindspots in policy, and also opportunities to help them have a thriving nighttime economy,” she said in 2020.

Jardine-Olade recognizes that the nightlife of a city can shape its personality and people’s perception of it.

“The nighttime economy helps with city identity,” she said in 2020. “It also provides social infrastructure for a lot of groups that are looking to express their identities or connect with their chosen families. It also provides space — space for creative ideas.”

Drawing upon both her master’s in urban planning and her bachelor’s in environmental management, Jardine-Olade has helped cities, such as Vancouver and Calgary, Canada, move toward sustainability across multiple domains, including economy, resource use and community.

Founder of the arts and culture publication Freq Magazine, Jardine-Olade also taps into her creative side, aided by her experience as a musical performer.

Ewalt cited Jardine-Olade’s versatility as a draw to invite her to speak at Chautauqua.

“What we discovered and are so excited for, is that Sheena is someone who can really speak at the intersection of economy and a city’s arts and culture, that kind of vibrancy that’s possible with how we think about nightlife in terms of our civic identity or community building,” Ewalt said. “She brings that incredible breadth of expertise to the week.”

Jardine-Olade’s lecture will discuss designing and supporting a “24-hour city,” Ewalt said. He wants Chautauquans to return to their hometowns with a deeper understanding of how to create and sustain a flourishing nighttime economy.

“Our hope is that there are lessons learned and innovative approaches that can be deeply meaningful and valuable in cities around the world — including those that Chautauquans call home, whether it be a large city or smaller towns — in how we think about that 24-hour life of a community, and how we think about the role of culture and urban design inside the larger civic life of the community,” he said. 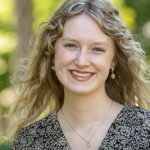