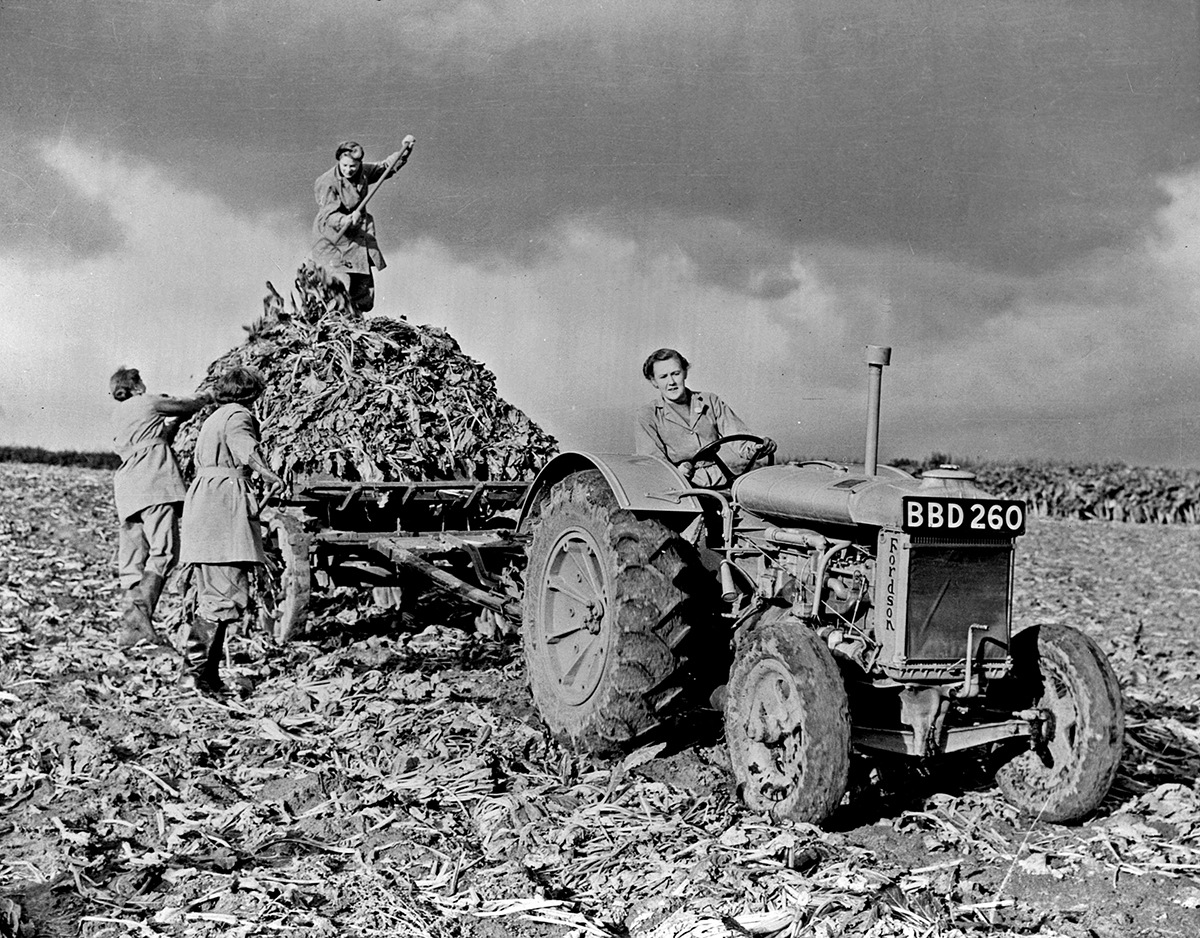 Everybody knows Rosie the Riveter, that iconic depiction of American womanhood sporting a kerchief on her head and rolling up her sleeve to reveal impressive biceps while proclaiming, “We Can Do It!”

Posters of Rosie were ubiquitous in the United States during World War II as tens of thousands of women went to work in American factories and shipyards to fill the jobs left vacant by the men who entered the military to fight fascism overseas.

But long forgotten is Rosie’s progenitor, the “farmerette” of the Women’s Land Army of the World War I era. More than 23,000 American women put on pants and embraced that identity (a combination of farmer and suffragette) to work in fields, gardens, stables and barns as American men were shipped off to Europe to fight.

Their tale is one of courage, ingenuity, persistence and sisterhood. At 3:30 p.m. Tuesday in the Hall of Philosophy, Gary Moore, director of graduate programs in agriculture and education extension at North Carolina State University, will bring their story to life in “World War I, Food Production, and Suffrage: The Story of the Women’s Land Army,” the first of 18 programs in this season’s Oliver Archives Heritage Lecture Series.

“They put down their signs and picked up their hoes,” Moore said of the primarily urban and suburban young women, many of them college students, who channeled the energy they displayed fighting for the right to vote to planting and harvesting food crops, milking cows, baling hay and posting fences.

The Women’s Land Army was based on a similar movement that originated in Britain in 1914, when that country and its allies went to war against the Central European powers. It later spread to the United States, Australia and Canada. Women who had insisted on social and political equality with men jumped at the chance to prove that they could do virtually any job a man could.

As down-to-earth as he is erudite, Moore has long been a popular speaker at Chautauqua Institution. His informative “History and Evolution of the Outhouse” in 2011 has become something of a legendary lecture.

The WLA was not funded or run by the government, Moore said. It grew out of a confluence of groups, including garden clubs like the Women’s National Farm and Garden League and the Pennsylvania School of Horticulture for Women; political organizations like the Suffrage Party of New York; and women’s colleges, particularly the Seven Sisters schools. Vassar College, along with Wellesley and Barnard, was in the vanguard of planning and organizing the movement into quasi-military units.

Eight to 10 young women would make up a group and move into a vacant house or a barn. Most were college students, but many women who worked in factories and shops in the city joined, in part to experience the fresh air and sunshine, Moore said.

“They got a rude awakening working in the hot sun and getting blisters,” he said. 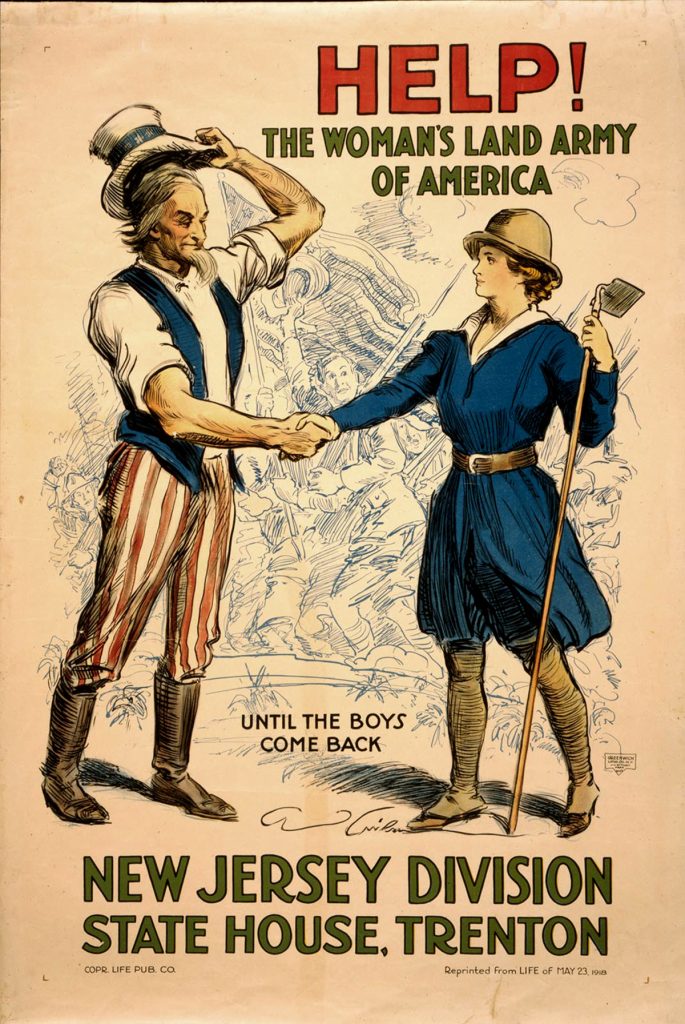 The women wore a kind-of uniform consisting of dungarees and coveralls, which shocked many men who were accustomed to seeing them in skirts. For this reason, among others, Moore said, the movement was not as popular in the South as it was in the Northeast and West.

“Men in the South thought they were unladylike,” Moore said, “and they were not happy with the idea that young white females might be working alongside African-American males.”

California proved particularly welcoming to the farmerettes, and the dire shortage of farm labor emboldened the state branch of the WLA to demand and get extraordinary employment terms, including a guaranteed contract, equal pay to men, an eight-hour day and overtime pay, according to historian Elaine Weiss, writing in Smithsonian Magazine. What’s more, the women who flocked to California farms and canneries were provided with decent living quarters, rest breaks and workers’ compensation benefits, which were considered quite radical at the time.

Inspired by recruiting slogans like “Joan of Arc Left the Soil to Save France. We’re Going Back to the Soil to Save America!,” Idella Purnell, a 17-year-old Berkeley student, joined a contingent of college students who worked in camps in Northern California. One of their popular cheers, according to Weiss, was:

“Don’t be a slacker,

Be a picker or a packer!

Alma Whitaker, a pioneering and celebrated reporter for The Los Angeles Times, described one farmerette as “tall and husky and wields her spade like a young Amazon wields her sword,” Weiss writes.

“The Women’s Land Army, with 500 strapping wenches gladdening the hearts of Southern California farmers, has passed the stage of criticism and ridicule,” Whitaker reported from outside Los Angeles in 1918. “It’s one of those established war revolutions that has happened with bloodless efficiency and nobody is sorry.”

After the war, the WLA faded away, only to be resurrected in World War II in Rosie the Riveter and her spiritual sisters across the nation.

But the WLA had made its point. In 1919, American women could finally vote.

“These women earned the right to vote by proving they were equal to men,” Moore said. 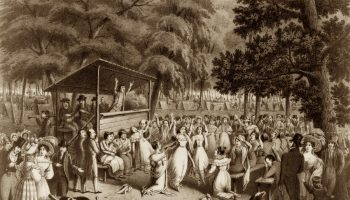 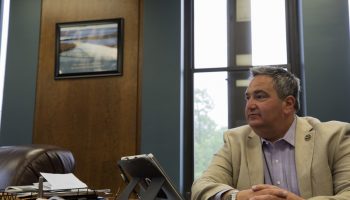