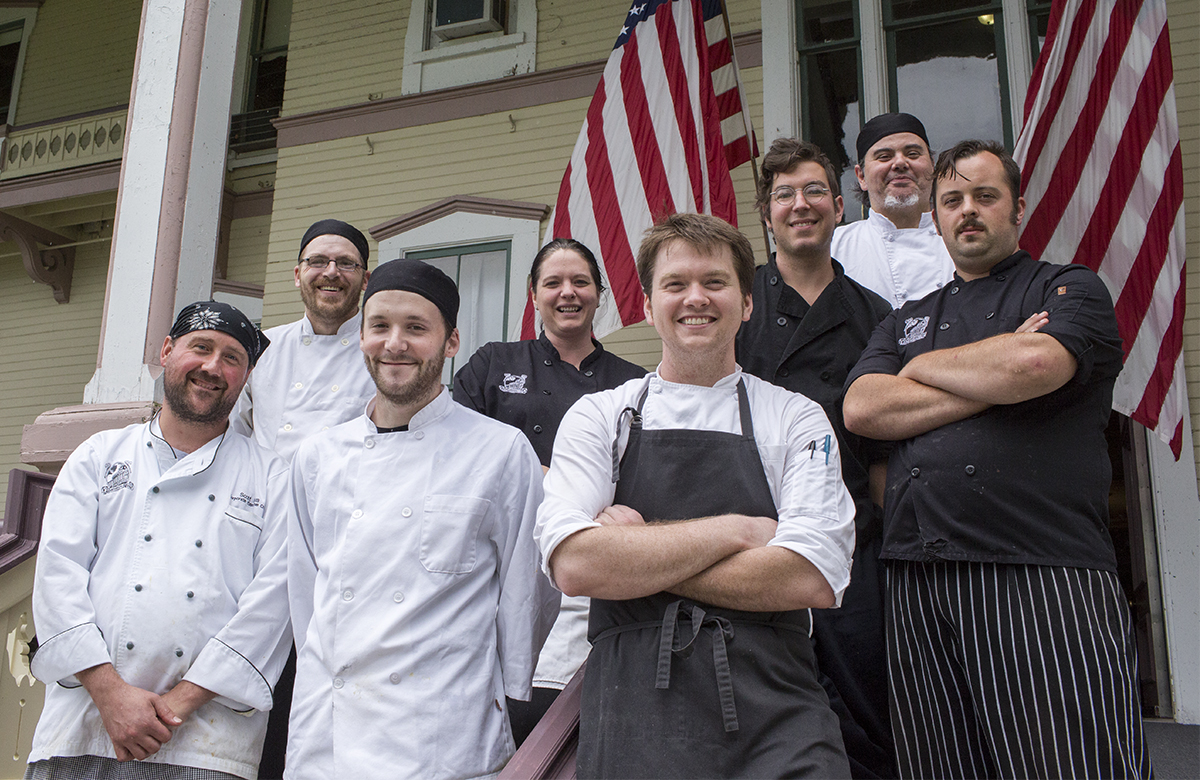 The departure of the Athenaeum Hotel’s executive chef during the off-season triggered a number of changes in the hotel’s kitchen staff, with promotions and realignments of duties hinting at some menu innovations.

It all starts at the top.

The hotel’s new executive chef is Edward Work, a genial, soft-spoken native of nearby Westfield who worked as a seasonal chef in the hotel from 2008 to 2012. Work most recently worked as a line cook at Blackberry Farms in the Smoky Mountain foothills of Tennessee and at the Ruby Tuesday Lodge, a corporate venue and culinary center for the restaurant chain of the same name, also in Tennessee.

Work got the call with a job offer from Hotel General Manager Bruce Stanton when former executive chef Travis Bensink resigned to take a local position with more regular hours to better accommodate his growing family. Bensink also sought, and won, a seat on the Chautauqua Lake Central School board, joining returning incumbent and Daily columnist Mary Lee Talbot to give two seats on the school board to members with significant Chautauqua ties.

After graduating from Westfield Academy and Central School, Work studied computer science at Jamestown Community College before turning to his true passion and gaining admission to the Culinary Institute of America in Hyde Park. At CIA, Work got supervisory experience as a manager in training, sous-chef and instructor.

Work enthusiastically endorses the hotel’s decision three years ago to move away from the American plan.

“It benefits us in several ways,” he said. “It puts less pressure on the whole kitchen crew, and we need to carry less inventory because of the reduced overall volume of meals to prepare. We can function better as a team.”

Work started his new job April 1. He will make subtle menu changes at first, testing their reception in the hotel’s Heirloom Restaurant to gauge customer response. He does plan to lighten some of the kitchen’s sauces and dressings. A feature of the hotel’s cuisine under Work will be a strong reliance on locally sourced organic produce.

“We already have working agreements with several local providers,” he said.

In his limited spare time, Work refinishes furniture and makes maple syrup in his backyard in the spring.

Work noticed this spring that the hotel’s rooftop garden tomato boxes had been brought back into storage around the hotel.

“I can remember carrying those boxes up to the roof seven years ago when I worked here before,” he said. “That gave me some perspective.”

Work and President’s Cottage chef Ben Shropshire are among a handful of chefs tapped to prepare special meals during the Athenaeum Hotel’s participation in Week Nine’s food festival. Shropshire, returning for a second season serving the Institution’s president, said new boss Michael E. Hill has made some menu changes.

One of Shropshire’s Week Nine special offerings (but not on President’s Cottage menus) will feature bugs. Crickets, especially popular in Mexico, ants and certain worms will be featured — and will be clearly identified.

“Bugs are packed with vitamins and other nutrients, and when pulverized can be used as seasoning,” Shropshire said.

Shropshire will be assisted at the President’s Cottage by his brother Justin, who will be in his first year on the grounds. An experienced chef, Justin’s passion is permaculture. Rooted in a balanced and favorable relationship between climate, soil and environment, permaculture produces a kind of food forest where plant interdependence yields much higher output.

Continuing this season as executive sous-chef is Carrie Gifford, who lives in Ashville with her partner and two children, and is entering her fourth year in the hotel kitchen. As this season winds down, she will transition into a new full-time role as the head events chef at the Athenaeum.

“I’ll be doing much of the liaison with brides-to-be and their families, in addition to overseeing the preparation of the food for the weddings,” Gifford said. “The hotel will be able to offer a full range of wedding services, and I’ll be at the heart of it all. I’m looking forward to the change.”

Gifford finds that her 8-year-old daughter and 6-month-old son occupy much of her free time, but she still manages to donate her time and skill in service of numerous area charitable activities.

“I’m very pleased to be able to help,” she said.

Two other veteran chefs will have expanded roles this season. In his third season, Kitchen Manager Ronnie Connell will oversee everyone in the hotel kitchen except Gifford and Work. He will continue to butcher all the meat and fish, and be the principal grill master.

Connell, who hails from Houston, Texas, calls himself “home-free, not homeless,” and after years of working around the country, he spent this past off-season working at a ski resort in nearby Holiday Valley.

“I experienced my first snowfall,” he said. “We got 3 feet of snow in two days.”

Connell feels an increasing sense of belonging in the area, and is hoping for a position that will enable him to stay here longer term.

Kyle Cassidy will continue as saute lead this season, but will gradually take over the seafood entree specials at the hotel. He is in his fourth year at the hotel, and has lived in Westfield for many years. Still, he first set foot on the grounds on his first day of work at the Athenaeum.

“It was a bit of a culture shock when I got here,” he said. “Now it feels like home.”

Cassidy has also worked at Peek’n Peak and Chautauqua Suites in the area. He says he is a big outdoorsman and especially loves fishing. What Chautauqua Lake fish would he choose for entree specials?

“I think I’d go for perch first, then walleye and brown trout when available,” he said. 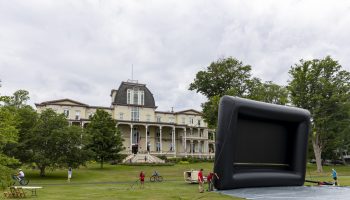