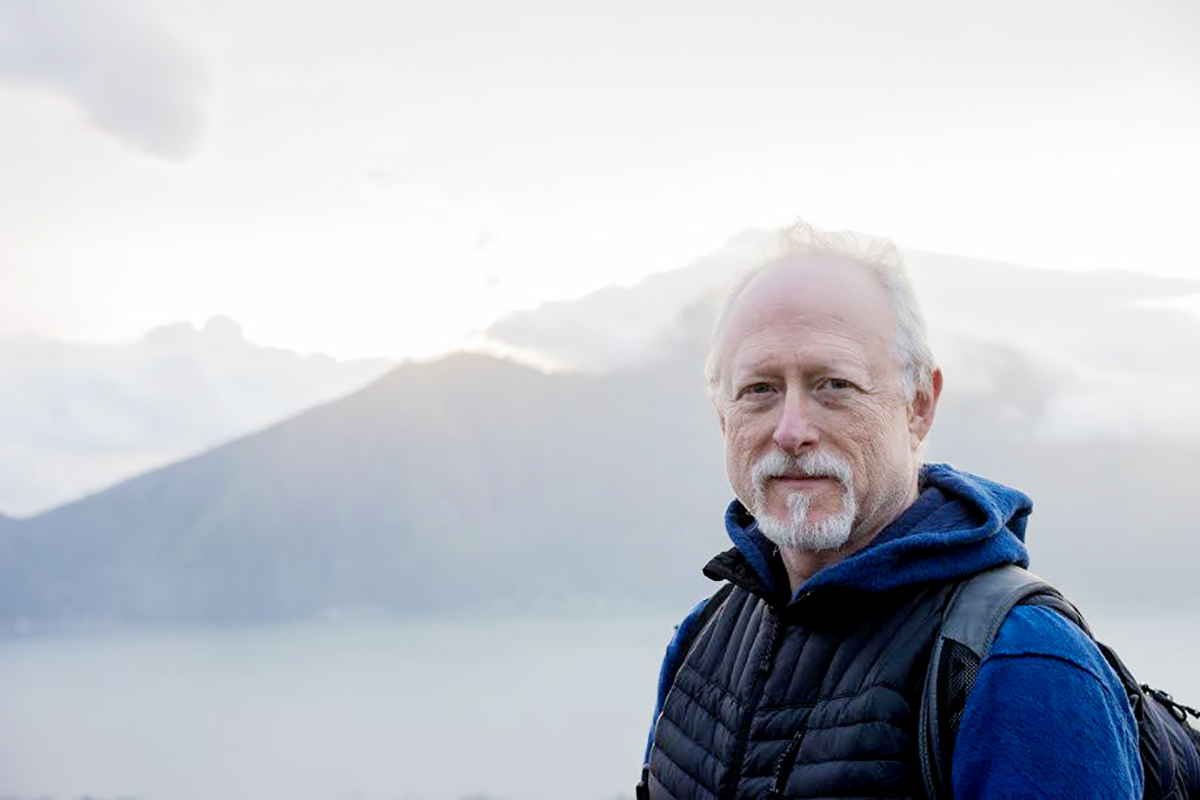 Building the Wall — the second offering in Chautauqua Theater Company’s New Play Workshop — is timely. That is often said of new works, but in this case it is especially true.

Set in 2019, the play from Robert Schenkkan imagines a dystopian future based on President Donald Trump’s campaign rhetoric. The two-person play directed by Katherine McGerr will run in rep with Noah Haidle’s Birthday Candles this week, starting with a show at 8 p.m. Wednesday in Bratton Theater.

In an interview with The New York Times, Schenkkan said he wrote Building the Wall in a “white-hot fury” over one week.

“We no longer live in a world that is business as usual — Trump has made that very clear — and if theater is going to remain relevant, we must become faster to respond,” Schenkkan told the Times. “We cannot hope to be useful if we can’t respond until 18 months after the fact.”

The play was first produced as part of a National New Play Network Rolling World Premiere, in which three or more theaters chose to mount productions of the same play in a 12-month cycle. It opened at the Fountain Theatre in Los Angeles in March.

The CTC production is not part of that national rollout, and Schenkkan will not be in residence during the New Play Workshop, but CTC leadership still wanted to add the play to the season’s lineup. Building the Wall will be presented as a staged production, with actors still holding scripts.

“Other than quickly devised pieces, we don’t have a lot of ability to respond that quickly,” said CTC Artistic Director Andrew Borba. “The general lifespan of a play is that it is written, and it gets some attention, and then it gets a workshop, and then a year or two down the road, maybe it gets done.”

In Building the Wall, Gloria, a history professor, visits a prison to interview Rick, a former security officer portrayed by Borba. Trump has been exiled following a terrorist attack, and Rick is one of the men who oversaw containment camps Trump created after imposing martial law.

Moses Ingram, a CTC conservatory actor who on Sunday finished her role in Detroit ’67, will portray Gloria. She said she feels blessed to have her hands on Building the Wall at this moment. 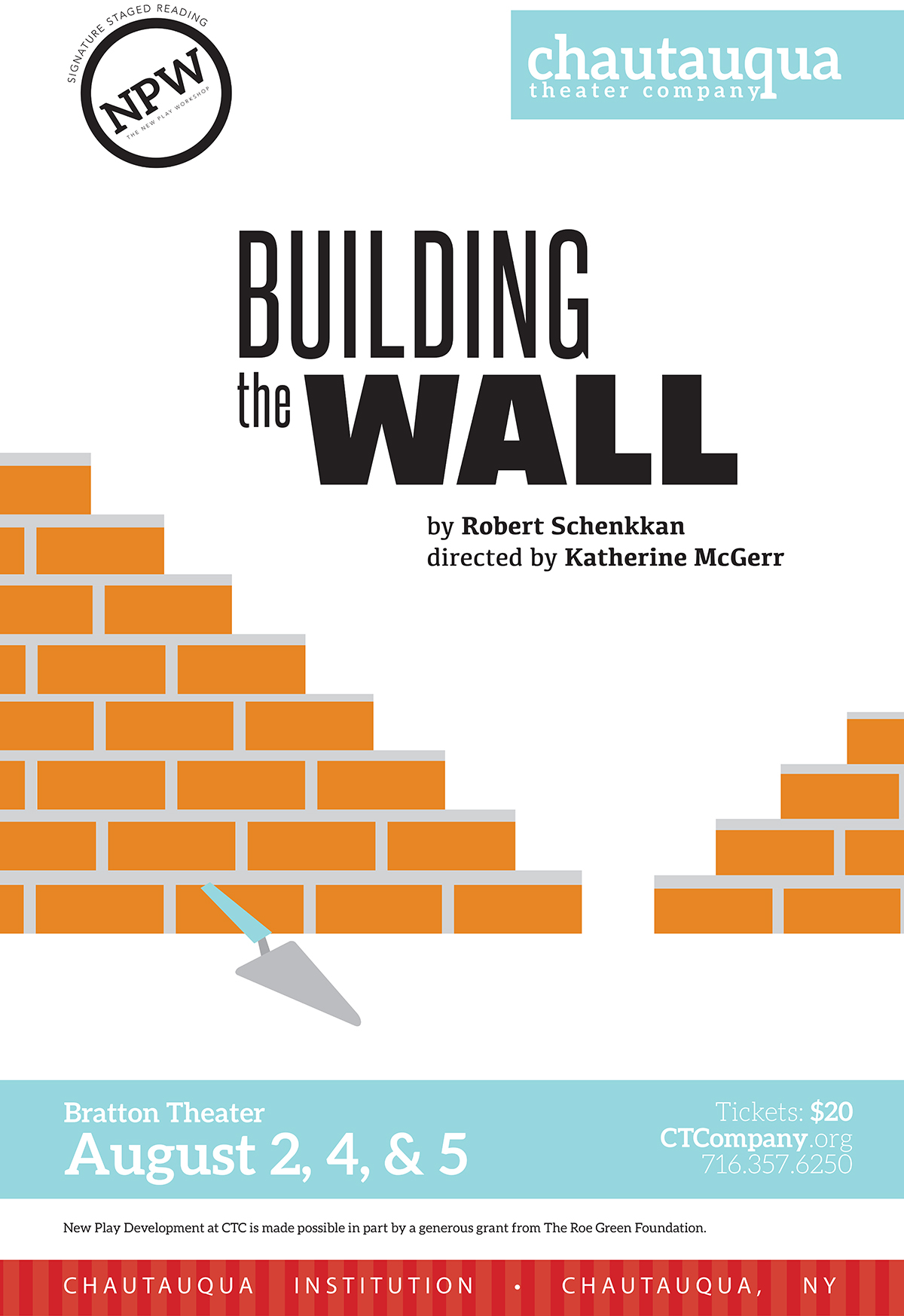 “I think my main hope is that people can just open themselves up a little bit more to humanity,” Ingram said. “I think the running similar theme between both Building the Wall and Detroit ’67 is in order to understand something, you have to humanize it first.”

While the work itself is very new, Schenkkan himself is not a new writer. He won a Tony Award for All the Way, which followed the first year of Lyndon B. Johnson’s presidency and starred Bryan Cranston on Broadway in 2014. He also co-wrote the screenplay for the 2016 Academy Award for Best Picture nominee “Hacksaw Ridge.”

Programming Building the Wall differs from past New Play Workshops because it has had past productions, said Katherine McGerr, who is play development manager at CTC and director of Building the Wall. Even so, including it in the CTC lineup allows the work to reach new audiences and means audiences can see two new works at different stages of development, McGerr said.

At a CTC New Play Workshop production, there’s a fairly substantial amount of design, but actors are still on book and have only had a few days of rehearsal, McGerr said. There will be talkbacks after each performance, but for Building the Wall audiences won’t see rewrites between shows, she said.

As a developer of new work, McGerr said it’s helpful to hear what the audience saw.

Understanding is a theme that also shows up in Building the Wall, McGerr said, pointing to the character of Gloria, who says throughout the play, “I just want to understand.”

McGerr has not seen any other productions of Building the Wall and said her “assumptions were sort of upended” the first time she read it.

“In a time when our political dialogue is particularly heated, I think it’s always healthy to get a reminder to sort of take a step back and realize that you might not know everything,” McGerr said.