Ahead of the 1919 World Series, the Chicago White Sox were heavily favored to beat the Cincinnati Reds.

The Sox had a powerhouse team that included star outfielder Joe Jackson. Despite their seeming advantage, the Sox lost the series.

Rumors immediately began to circulate about whether the outcome of the game had been fixed. In 1920, a grand jury was convened to investigate the incident and eventually led to the permanent banning of eight White Sox players from Major League Baseball. Those eight players, dubbed the “Black Sox,” were indicted and on June 27, 1921, a trial began.

Fountain, a journalism professor at Northeastern University in Boston, will speak about the 1919 Black Sox Scandal at 3:30 p.m. Tuesday, July 30 in the Hall of Philosophy, as part of the Oliver Archives Heritage Lecture Series.

Fountain has taught journalism history, sports writing and feature writing at Northeastern University for more than 30 years. Previously, he worked as a sportscaster at WSMW-TV in Worcester, Massachusetts, and worked for six years as a sports reporter for ABC Radio.

He has also written Another Man’s Poison: The Life and Writing of columnist George Frazier; Sportswriter: The Life and Times of Grantland Rice; and Under the March Sun.

In the summer of 1919, before the World Series, some White Sox players were approached by gamblers who promised them between $5,000 and $50,000 each if they did not win the game, Fountain said.

A number of players received money from a pair of gamblers who worked for Arnold Rothstein, a racketeer and gambler who led the Jewish mob in New York City.

Rumors continued to circulate. Hugh Fullerton, of the Chicago Herald-Examiner, raised questions about whether the players had tried to lose the game. The rest of the baseball press said Fullerton’s accusations were crazy.

“Basically, in 2019 terms, the baseball press called any writing about Black Sox rumors to be fake news,” Fountain said.

After the game, when rumors continued to circulate, Charles Comiskey, the White Sox club owner, hired private investigators to look into the issue.

“Comiskey was unsuccessful with finding any smoking gun, which was fine with him because he didn’t want to tear apart and ruin a championship ball club,” Fountain said.

The 1920-convened grand jury was empaneled by Cook County Judge Charles McDonald, who debated whether to get involved because of his interest in becoming the Major League Baseball Commissioner.

“These were very much not only the stars of the team, but the stars of all of baseball at that point,” Fountain said.

The players were arraigned on “arcane and hard-to-understand charges,” Fountain said, including conspiracy to injure the business of the employer.

All eight players were acquitted.

“There was no law against fixing a baseball game,” Fountain said.

Despite the acquittals, all eight players were banned from the MLB. Kenesaw Mountain Landis, a widely respected federal judge who was a former baseball star, became the MLB’s first commissioner on Nov. 12, 1920. The day after the players were acquitted, Landis said no ball player who conspired to fix a game would be allowed to play baseball.

There is still uncertainty about exactly what happened, and whether the game was truly rigged.

“For the past century, we have been debating whether or not they were truly guilty, whether their punishment has been too harsh and whether they were victims of organized baseball’s mismanagement of itself,” Fountain said. 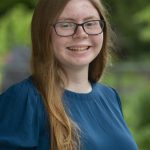