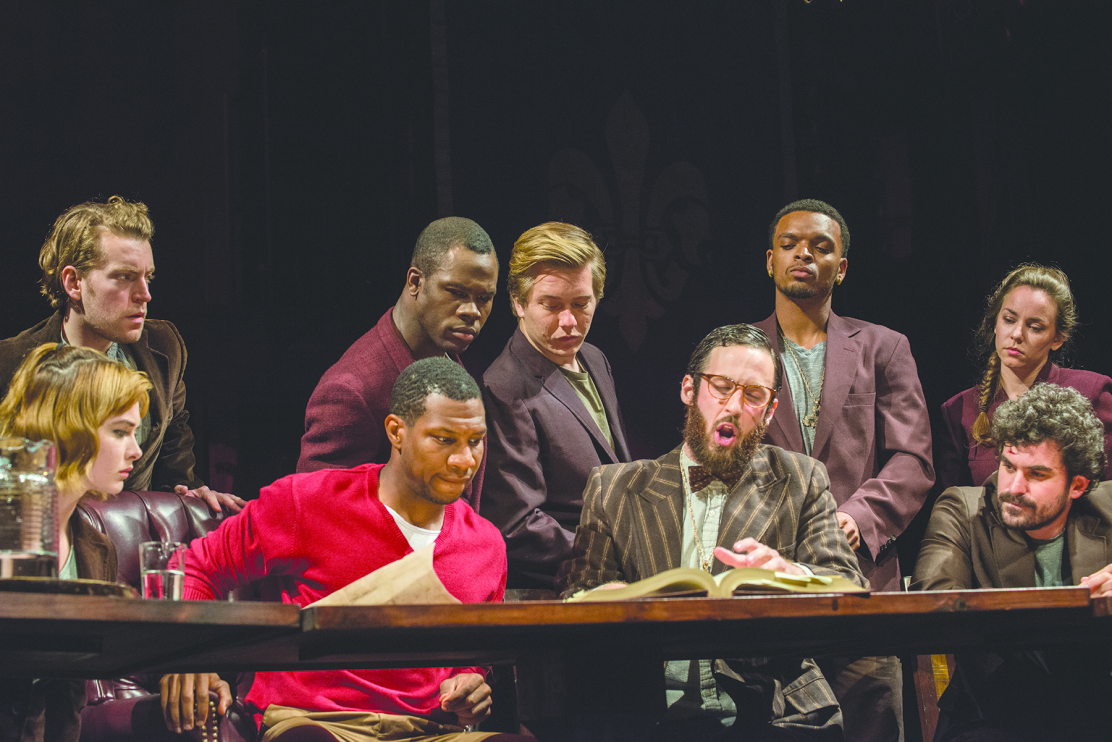 According to Andrew Borba, serving as artistic director of the Chautauqua Theater Company isn’t so different from directing a Shakespeare show.

This season, Borba is doing both. The Taming of the Shrew director and former CTC associate artistic director of eight years will be transitioning into the role of artistic director when Vivienne Benesch exits the position in July; currently, both are serving as co-artistic directors. Benesch has taken over as producing artistic director at the PlayMakers Repertory Company, which is in residence at the University of North Carolina at Chapel Hill.

A stage and television actor, Borba first came to Chautauqua Institution in 2005 and has both acted in and directed CTC performances.

“[Benesch] has done an amazing job of raising up the standards of the theater and the production values and what we do, and my vision is to take that and truly to run with it,” Borba said.

Benesch has known Borba since they were undergraduate students at Brown University. She said she feels like she’s losing a limb leaving Borba behind in her move.

“He brings a complexity and an intelligence not only to the work itself, but also to the way the work is made and I think, because of that, CTC is in great hands,” Benesch said.

However, it’s likely that Benesch’s exit won’t be a firm goodbye.

“What’s great about Andrew is I feel like it’s not going to be a cutoff at all,” she said. “In fact, I have a lot of work I still want to do here, and I can’t wait to come do it.”

Borba said there are a few things Chautauquans can count on as he assumes the role.

“I direct and love a lot of comedies,” he said. “I love them; we will continue to do them. I also know that we are continuing to try to reflect the America we live in now.”

Borba teased the upcoming announcement of 2017’s season’s first play, a “crowd pleaser” he expects to sell out, even with the additional performances CTC intends to add. In addition to the scheduling changes going into his first solo year, he mentioned plans to grow inter-arts programming.

Despite those small changes, he emphasized his similarities to Benesch and the importance of continuity.

“I think you can certainly expect to see a continued excellence,” he said.