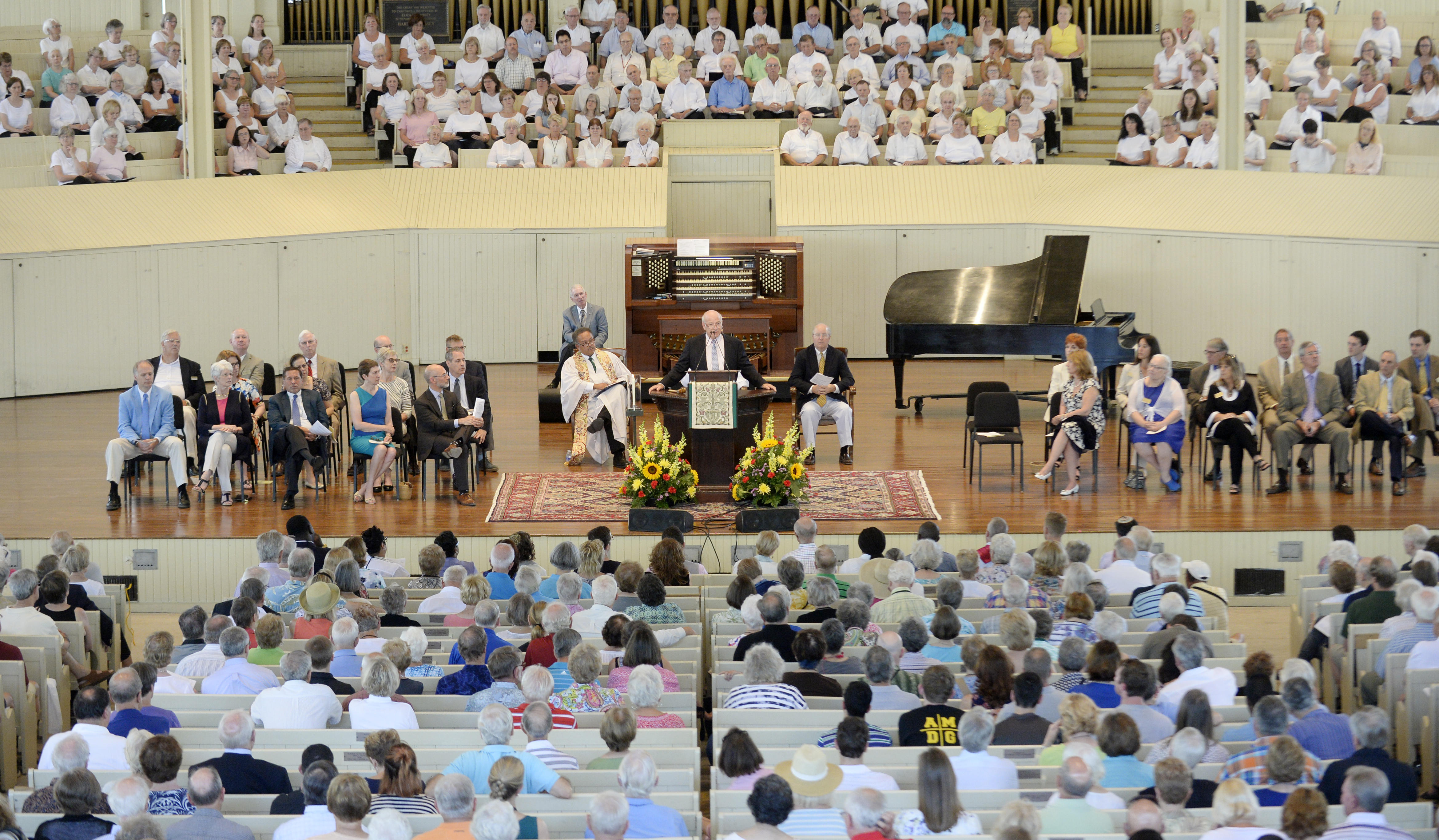 “Whoopi Goldberg was asked in an interview who she admired most. She said ‘Pope Francis, because he’s going with the original program,’ ” said Fr. Greg Boyle, S.J., at the 10:45 a.m. Sunday morning worship service. “Putting on Christ is easy; never taking him off is the challenge.” Boyle’s sermon title was “Nowhere to Rest One’s Head: Following Jesus with Integrity.” The Scripture was Luke 9:51-62.

To align ourselves with the heart of God, we have to love the widow, the orphan and the stranger, Boyle told the congregation.

“God chooses to highlight these three groups because they know what it means to be cut off. They are trustworthy to guide the rest of us to kinship,” he said.

In order to dismantle barriers, people have to go to the margins. After 30 years of ministry, Boyle said, he has found that it is not a question of being able to reach gang members, but for them to be able to reach us. He said the poor, the powerless and the voiceless are easily despised and left out.

“We have to stand with them so that the demonizing will stop,” Boyle said. “We have to stop throwing away ‘disposable’ people. That is the original program.”

Authentically following Jesus is not a grim duty. When we follow Jesus, we are always delighting in returning to the truth, he said. Boyle told a story of preaching at a mega-church where a woman told him that the only thing that mattered was whether he was bringing gang members to Christ. He told her, “No, they bring me to Christ.”

Boyle told another story about Lisa, a woman who came into his office on a busy Saturday. He does mass at the juvenile detention centers in Los Angeles and then goes back to the Dolores Mission, where he was the priest, to do “a baptism, quinceañera, wedding and an exorcism — just checking to see if you are listening!” Lisa was homeless, a prostitute, gang member and heroin addict. “I need help,” she said. She graduated from a Catholic high school and started using heroin right after graduation.

“Since that moment, I have been trying to stop. I am a disgrace,” she said as she cried and cried. Boyle said, “Then her shame met mine. I had mistaken her for an interruption.”

“How do you reach gang members?” he asked. “You stop trying to reach them so you can be reached by them as I was reached by Lisa.”

Oracio was a gang member who called Boyle as he was getting out of prison after 10 years. “I can’t wait to see you,” Oracio said. Boyle described his childhood as one of violence, terror and abandonment.

“I would not have survived his childhood,” Boyle said.

Oracio needed clothes because his lady had burned them before she left him. He needed Boyle to help him buy some clothes. When Boyle picked him up to go shopping, he almost skipped to the car and gave Boyle hugs and kisses. Oracio is a big guy and was always semi-menacing, but after 10 years of lifting weights, Boyle said, he was fully menacing.

“I took him to Penney’s. He has what is called ‘a loud-ass voice.’ He saw someone and went over to them and said ‘Don’t I know you?’ ” The family quaked and shook their heads several times and finally Oracio told them he was mistaken. He walked over to Boyle and asked, “Am I that scary?” Yes, Boyle told him.

Oracio was afraid to be out of prison, and Boyle told him he would be fine and no one had a better heart than he did. He called Boyle in the middle of the night, crying, and said, “All my life you’ve been my father. Have I been your son?” Boyle said, “Hell yeah!” Oracio said, “I thought so. Then I will be your son and you will be my father, and nothing can separate us.”

“Everyone knows that he did not discover that he had a father, he discovered that he is a son worth having,” Boyle said.

“I discovered that he is my guide and is trustworthy because he is at the margins. He does not need to be rescued, he just needs to be allowed to reach me.”

“That is the original program — to cease to care if people accuse you of wasting time here. Putting on Christ is easy, never taking him off is something else,” he said.

The Rev. Robert M. Franklin Jr., director of the Chautauqua Department of Religion, presided. James A. Pardo Jr., chairman of the Chautauqua Institution Board of Trustees, read the Scripture. Tom Becker, 17th president of the Institution, opened the 143rd Assembly with the traditional three taps of the gavel. Franklin introduced the New Clergy Conference members, the Abrahamic Program Young Adult leaders, the students and staff of the International Order of the King’s Daughters and Sons, the members of the Religion Department staff and recognized the denominational houses and their leadership.

Jared Jacobsen, organist and coordinator of worship and sacred music, directed the Chautauqua Choir. The organ prelude was “Cortège et Litanie” from Quatre Pièces, II by Marcel Dupré. The Hymn-Anthem was “Beautiful River” by Robert Lowry, festal arrangement by John Rutter. James and Anna Paterniti played “Taps” after the morning prayer and remembrance of Chautauqua Family Milestones. The anthem was “Bright Morning Stars,” arranged by Shawn Kirchner. The offertory anthem was “Freedom Trilogy” by Paul Halley. The postlude was “Litanies” by Jehan Alain.

The Alison and Craig Marthinsen Endowment for the Department of Religion provides support for this week’s services. 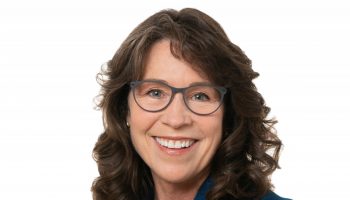