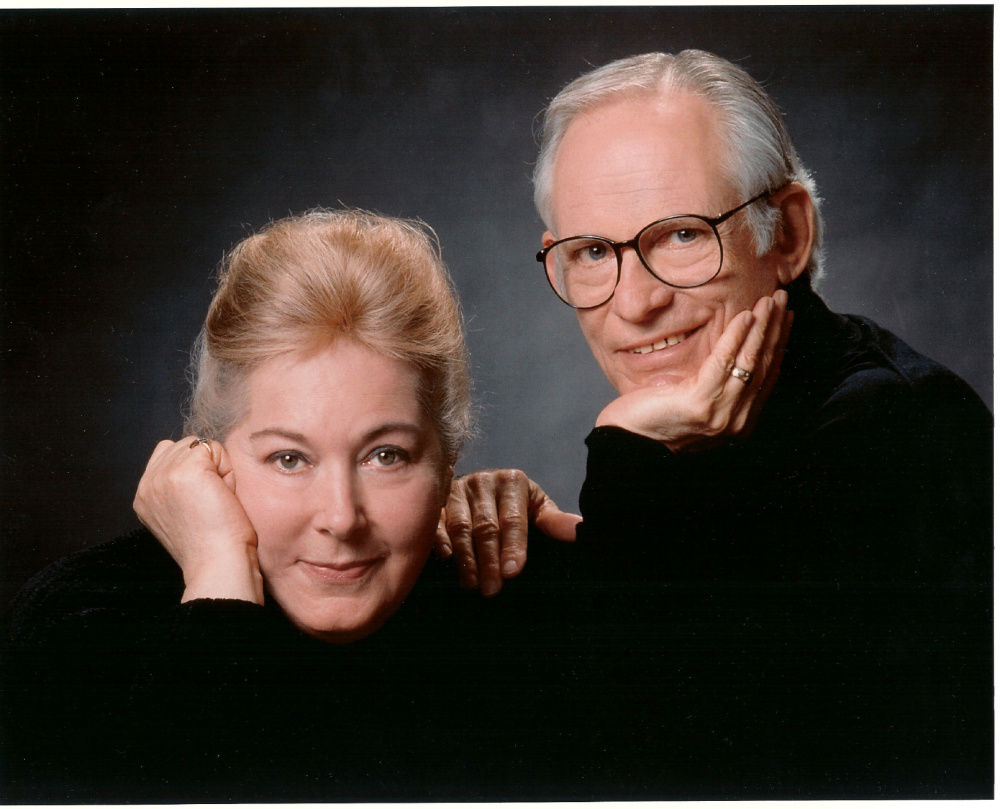 Marilyn and Alan Bergman wrote a song together the day they met, and have never stopped since.

The duo eventually married and began a life together, and along the way their songs were nominated for 16 Academy Awards, winning three. They wrote songs for stars such as Frank Sinatra, Tony Bennett, Barbra Streisand, Ella Fitzgerald and many more.

At 10:45 a.m. Wednesday in the Amphitheater, the songwriters will join author Roger Rosenblatt, becoming part of his weeklong series “On Creative Expression.” The series aims to analyze processes behind various forms of creative expression, and today will focus on songwriting. Rosenblatt will ask the Bergmans about their process in a part-lecture, part-interview format.

Marilyn and Alan Bergman were both born in the same hospital in Brooklyn, New York, although they didn’t meet until later in life. Both grew up in households that were full of music and wanted to write songs since they were teenagers. Marilyn said she and Alan immediately liked their collaboration style, but also used their work as an excuse to spend more time together “day and night.”

“It was always a combination of the two,” Marilyn said. “I never was aware of any separation of writing and falling in love, writing and working together, being together, and ultimately getting married and being partners.”

The pair had both their romantic and professional dreams come true. They wrote famous songs such as “Nice ‘n’ Easy” by Frank Sinatra, “In the Heat of the Night” by Ray Charles and “The Windmills of Your Mind” by Dusty Springfield. They were inducted into the Songwriters Hall of Fame in 1980, received the Clooney Foundation Singers Salute to the Songwriter Award in 1986 and were awarded the Songwriter’s Guild Aggie Award in 1987.

Marilyn said in her teenage years she was a Sinatra-obsessed bobby soxer. She used to sneak into recording sessions to catch even a glimpse of him, and admitted that he eventually recognized her from those visits. But later in life, Marilyn never had to hunt him down: Sinatra would approach her and Alan to request a song, always affectionately referring to them as “the kids.”

That was always how it worked for the Bergmans, who said they never pitch songs to singers without first being asked. They like to be familiar with a song’s purpose before writing, whether that means reading a film’s script or understanding a specific singer’s style. They said Sinatra’s personality was so distinct that writing a song for him was like creating a tailor-made suit for somebody.

Alan said even Streisand, who has recorded more than 60 of their songs, sometimes gets a little angry with the Bergmans after hearing a great song they wrote for someone else. But the songwriters stick to their process. They first understand a song’s purpose, then write its melody and later add in lyrics.

“We never write lyrics without also having the goal of the music,” Marilyn said. “You feel like there are words on the tips of notes. If it’s a really good melody, it wants to sing.”

Rosenblatt has never written a song himself, but said he feels his writing strategy is musical in its own way. He is excited about today’s lecture because he hopes to learn how songwriting is unique or similar to other writing processes.

“I write by ear, in a sense. One of my books is called The Book of Love, in which I use songs throughout a series of essays about the subject of love,” Rosenblatt said. “So I’m very attuned to and aware of rhythms and pace in terms of music. It’s the way I write, so I have a particular interest in talking to the Bergmans.”

Although they wrote songs whose melodies transcend time, the Bergmans said that asking them to pick a favorite is like asking a parent to choose their favorite child: impossible. Songwriting is a constant part of their identities, and it occupies them always. They said whatever song they’re currently working on is their favorite in that moment.