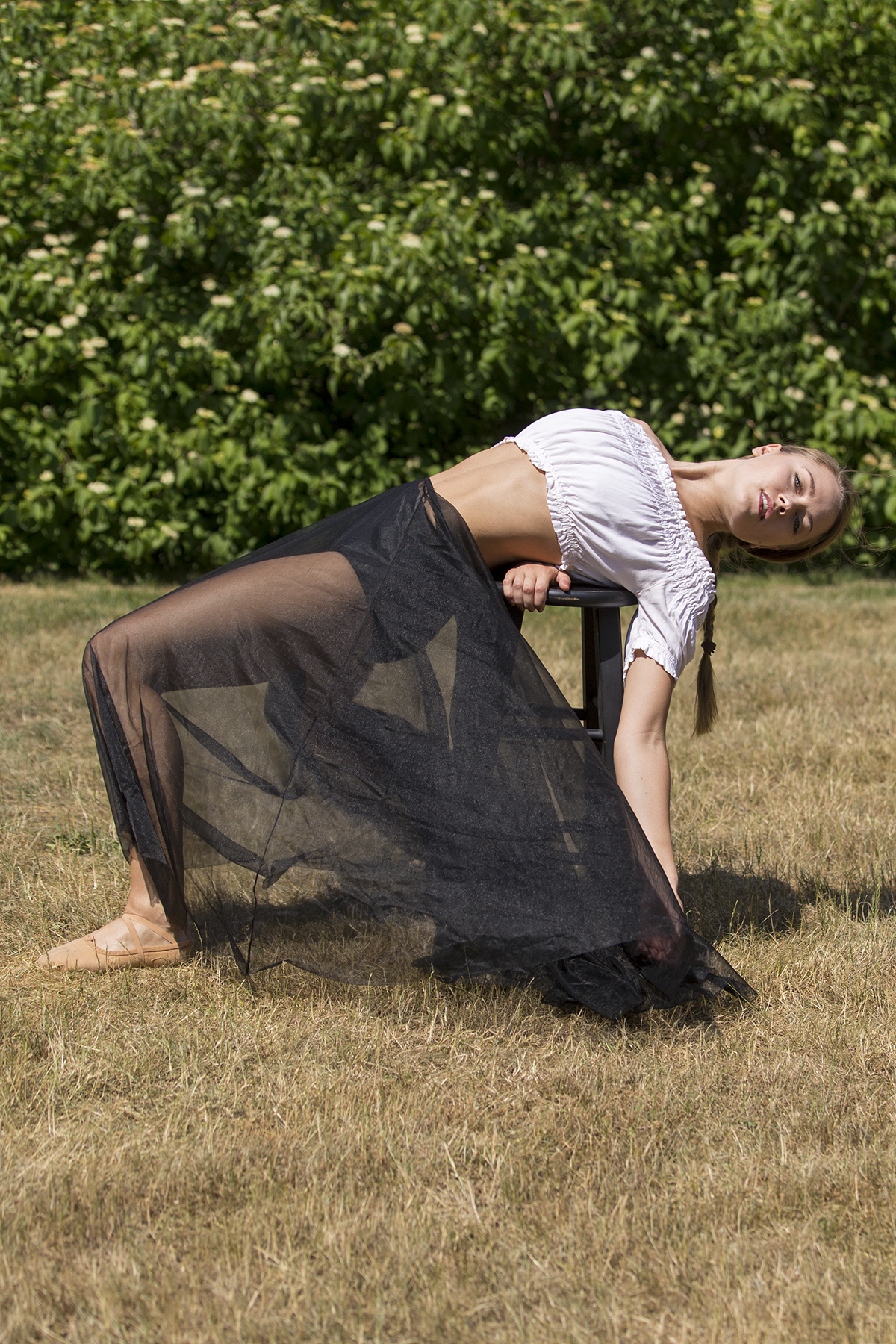 It’s a look into humanity through dance.

In this year’s Chautauqua Dance Salon, the Charlotte Ballet in Residence will tackle what means to be human at 8:15 p.m. Wednesday

in the Amphitheater. The program is directed by Mark Diamond, associate artistic director of the dance program at Chautauqua.

“As you watch the program, each ballet is going to get gradually more serious,” Diamond said.

Through four separate ballets, Diamond and Sasha Janes, resident faculty, bring a wide array of stories to the stage. From love to remorse, playfulness to inner contemplation, human emotion and human nature are captured through Janes’ and Diamond’s choreography and carried out by the Charlotte Ballet dancers.

As today’s morning lecture will feature Oscar, Grammy and Emmy winners Alan and Marilyn Bergman, their work will be carried through to tonight’s performance in a soft-shoe ballet choreographed by Diamond.

That work will be set to the songs “Nice n’ Easy,” “What Are You Doing the Rest of Your Life?” “That Face” and “The Summer Knows,” all written solely or co-written by one or both of the Bergmans. The recordings that are used in “Nice n’ Easy” and “That Face” are sung by Alan Bergman, Diamond said.

The ballet includes four duets throughout its four movements.

“I picked four dancers that each song sort of highlights or features, and then there’s an observer in each song … and they join the action,” Diamond said. “For example in the song. ‘That Face,’ there’s a woman standing downstage and she’s facing back and this guy is just explaining that [she’s] beautiful, and then he turns her around.”

Although the different movements are not connected in theme, Diamond said each highlights the song itself.

Although “Remembrance,” choreographed by Janes, has been performed before, there will be adjustments for the salon performance.

“We’ve only ever done it with live musicians and there’s no real recordings of the compositions that they did,” Janes said. “What they played live was so spectacular that I wanted to use that recording.”

Using the recordings of the live performance and music by Via Romen, the ballet is separated into three vignettes and is all performed in soft shoe, featuring only one light on the stage.

The first vignette is a pas de deux.

“The first pas de deux is about this woman trying to reach out of the light, maybe she’s trying to get away from something in her past, but the man that’s dancing keeps trying to pull her back,” Janes said.

The second vignette includes a dark, historical backstory performed through a solo by dancer Amelia Sturt-Dilley.

“It’s about the persecution of Romanians during the war,” Janes said. “Very little was written about it, but they were persecuted similarly to the way the Jews were except there’s not a tremendous amount of information ever published about the Romanian gypsies.”

The third and final vignette ends the ballet on a lighter note.

“The third one I wanted to have some fun because there is this great swing music,” Janes said. “It’s a dance with one guy and a mannequin and the mannequin comes to life and they do this great swing dance. She kind of toys with him in the beginning so it’s pretty lighthearted, particularly after the second one, which is pretty dark.”

The second half of the night will start with a dive into self-reflection and realization. Diamond’s second soft-shoe ballet of the night will follow a woman as she is coming to terms with the impact and pain she’s inflicted on those in her life. The woman holds power over those who come in contact with her and is remorseful from the beginning of the ballet. Dancer Sarah Hayes Harkins is the lead.

“It’s about somebody who is maybe looking back on their life and they have realized … that her decisions and her actions have affected a great many of people in an adverse way,” Diamond said.

The ballet will be broken up into three movements using the music “Erbame dich mein (Have Mercy on Me)” from Bach’s St. Matthew Passion, “Mechmetio” by Ivan Spassov and “Sinus Iridium” by Karl Jenkins. Each song features a woman’s voice but that’s about the only connection between them, even as each is sung in a different language (German, Bulgarian and Latin).

A short pas de deux takes place in the ballet, in which Diamond told the dancers that the man could represent “good or evil, or god or the devil, but basically what he represents is realization.”

“Realization can sometimes be a very powerful thing and really just make you stop in your tracks,” Diamond said.

The whole ballet, Diamond said, “takes on a kind of feeling of purgatory or being in another part of afterlife.”

The same inner contemplation is found in Janes’ “the red dress.” After hearing the song “November” by Max Richter, Janes said he had a vision of a woman in a big red dress and the ballet began to take shape.

“Everything that happens in the ballet is basically her self-conscious and what she may have been through in her life,” Janes said. “Everyone dressed similarly in red represents part of her life. So, what we’re seeing is sort of either a flashback or her self-conscious. There is one other lead man who is sort of trying to help her, and [ he could be] someone she pushed away or someone that she should have had in her life but didn’t or didn’t notice until it was too late.”

Seven songs are approximately throughout the about 25-minute ballet. It’s a mixture between soft shoe and en pointe, and features one other piece of footwear.

“One part is in a high heel and a pointe shoe and the reason for that is that it’s supposed to look like she’s only got one shoe on, but I needed her to be able to turn and everything so I put her in a pointe shoe,” Janes said.

With a variety of inspirations and storylines throughout the salon, Diamond and Janes said it’s all up to the audience to determine what they take away from each ballet.

“[Dance] is like any art,” Janes said. “You can interpret it any way you want to. It should be a great evening. Mark’s got two wonderful pieces. We’ve got great music going on throughout and I think it’s just going to be a very enjoyable evening, a lot of energy, great dancing. People should just go into with an open mind and enjoy it. Or not enjoy it. That’s up to them.”