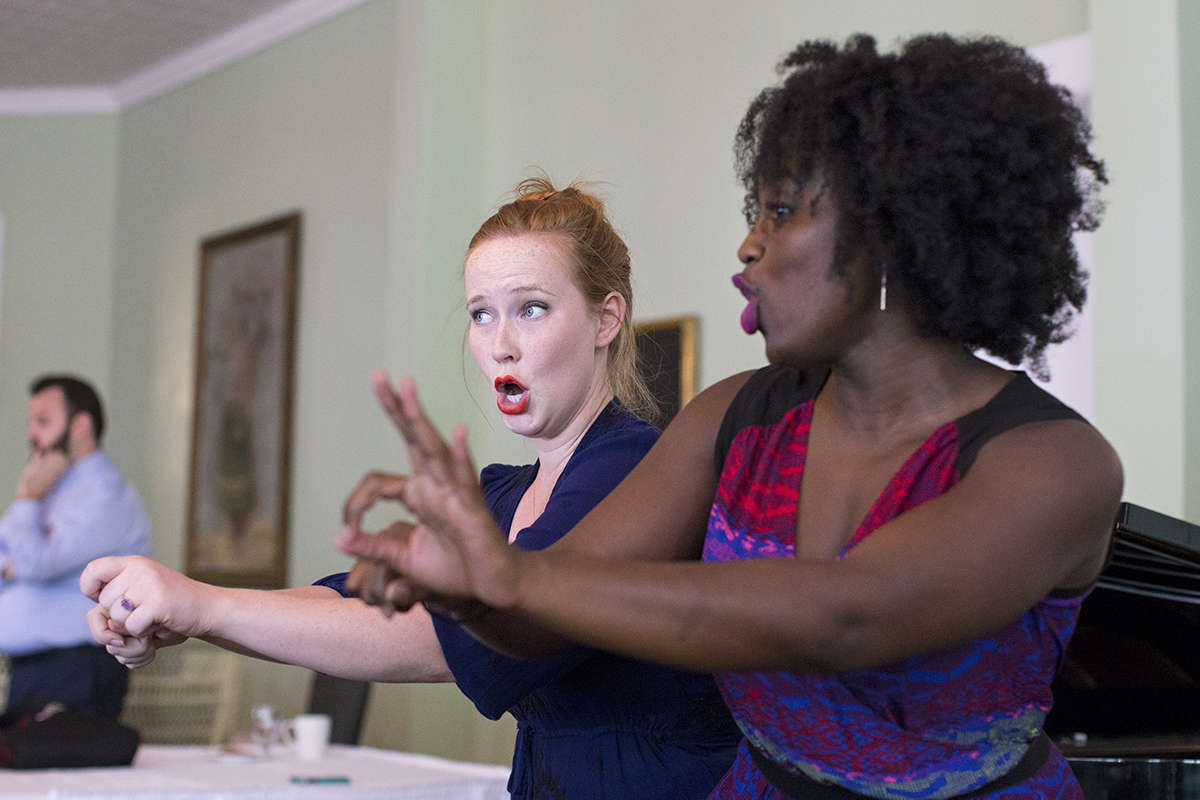 “There’s a strong flowers theme to our recital, but it’s more than that,” said soprano Addie Hamilton. “It’s [about] enjoying a moment in life and holding onto that moment, because life is so fleeting.”

“It’s always exciting working with a living composer,” said Kwarteng, who will sing Gill’s “Rose.” “They can tell you exactly what they want or what they were thinking when they wrote what was on the page.”

The recital will open with “Soave sia il vento,” a trio from Mozart’s comic opera Così fan tutte, which was Skipworth’s first production as an opera singer at Oakland University in Michigan. Skipworth will sing the part of Don Alfonso, a character he described as a scheming, conniving old man.

“I don’t feel like that’s me at all, but I think that’s what makes it so much more fun, that you can embody someone else and just become a different person on stage,” Skipworth said. “It’s very therapeutic.”

Skipworth will have ample opportunity to embody different voices at the recital when he performs Schubert’s setting of Johann Wolfgang von Goethe’s poem, “Der Erlkönig,” which has four characters. It’s the story of a young boy’s visions of death as he rides with his father on horseback.

“The Earl King is this seductive, evil being, and you can hear it with the legato line that Schubert wrote,” he said. “It’s mysterious and it’s chilling, at least when it’s sung right.”

Both Hamilton and Skipworth came to Chautauqua last summer as a member of the opera company and a student in Marlena Malas’ Voice Program, respectively. Hamilton called it “the best place on Earth.”

Kwarteng admitted that one criticism of opera — that it’s too long — is understandable.

“There’s no getting around that, even with cuts,” she said. “But these stories are really quite interesting, and now people are becoming more innovative with the productions.”

The three young artists said the biggest misconceptions about opera are that it’s classist, boring and unrelatable.

“Opera is so beautiful and it’s touching and it’s moving, but people forget that it’s also a lot of fun,” Hamilton said. “You could be in stitches laughing.”