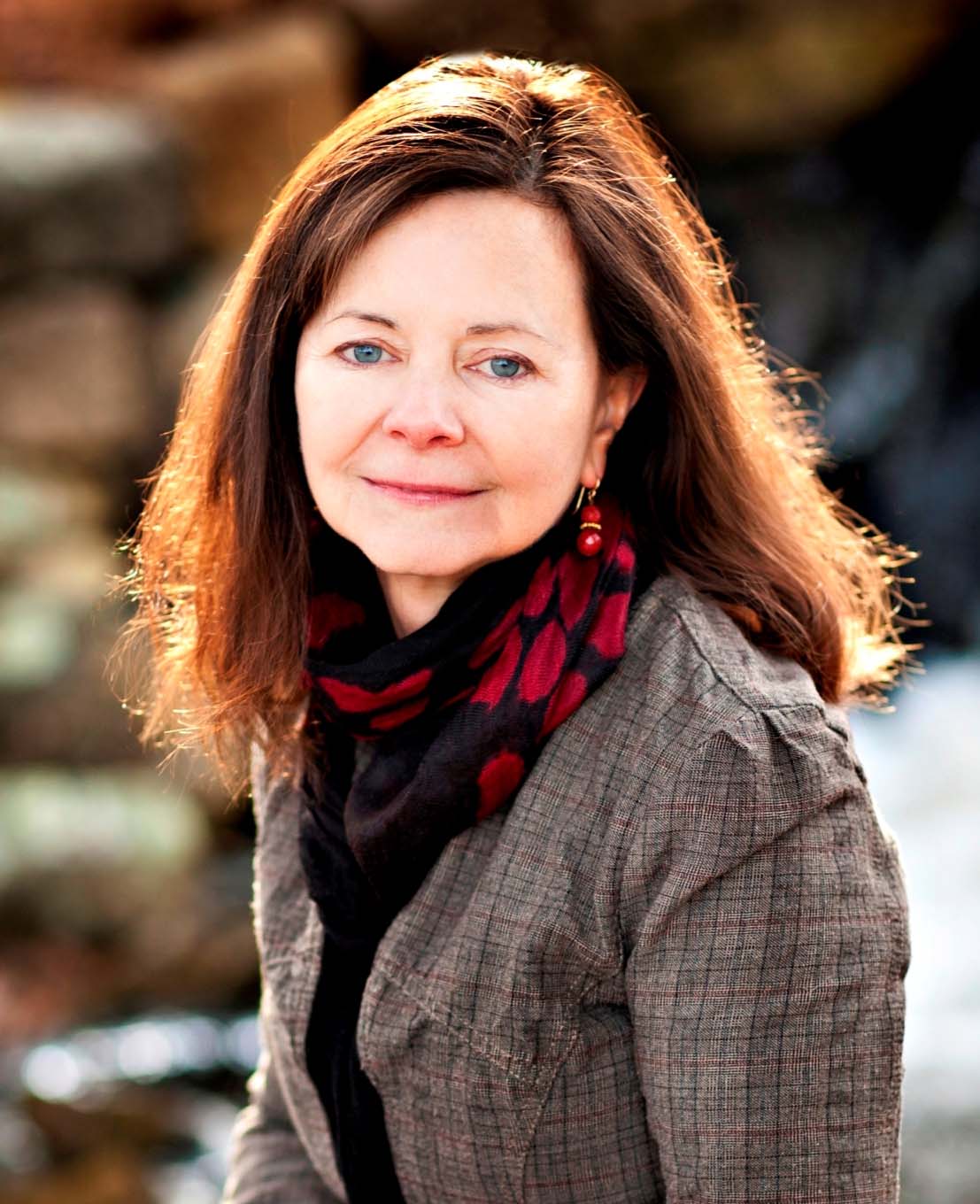 His story has been told countless times over thousands of years by innumerable artists. Michelangelo sculpted him, Caravaggio painted him and Gregory Peck played him. Now, Pulitzer Prize winner Geraldine Brooks will tell Chautauquans about how she’s written the story of the man, the myth and the legend: King David.

Brooks’ The Secret Chord is the Chautauqua Literary and Scientific Circle selection for Week One. She’ll discuss her work today at 3:30 p.m. in the Hall of Philosophy for Week One’s CLSC Roundtable.

This will be Brooks’ fourth time on the CLSC platform. She most recently visited Chautauqua Institution to discuss Caleb’s Crossing, which was a CLSC selection in 2012. Brooks said she was “ecstatic” to be invited again.

“It’s absolutely the best invitation you can get,” Brooks said.

The Secret Chord tracks the life of David through the eyes of those around him: his wives Mikhal, Avigal and Batsheva, his son, Shlomo and the prophet Natan. They are perhaps better known by their anglicized names — Michal, Abigail, Bathsheba, Solomon and Nathan — but Brooks uses the transliterations from the Hebrew of the Tanakh. The novel is focalized through Natan, one of David’s most trusted advisers.

But what new is there to say about the vaunted shepherd, hero, soldier and king? Brooks said there is an “incredible inclusiveness” to David’s story, which is what makes him a timeless subject.

“Every damn thing happened to this guy,” Brooks said. “Every ill that you can imagine living through as a human being, every terrible experience, but also every wonderful success: love, passion, the thrill of finding yourself a leader who is followed. But the reversals are there, too. I think that’s why so many artists through the centuries have been attracted to him and why he’s depicted so gloriously and so variously across all kinds of artistic expression.”

Brooks said she wasn’t looking for a particular “angle” into David’s life when she began to write The Secret Chord. The story was sparked by her oldest son wanting to learn to play the harp when he was 9, she said, as well as by her own academic curiosity.

“I had always been interested in the different images of David in Renaissance and Baroque paintings, and how he would appear as the epitome of masculinity in an interpretation like Michelangelo’s, but as a very effete boy-man in Donatello’s sculptures, and then as a sort of streetwise urchin thug in Caravaggio,” Brooks said. “So I guess it was seeing my little harpist that made me think about the other little harpist, and made me go back and read [The Books of] Samuel. That’s when I realized how complete and rich this story is.”

Brooks said David’s history is so vast that a “500-page novel” could be written about any of the major incidents of his life, but in Samuel, those events are told “in the most economical strokes.”

For Brooks, it was the scenes and characters in between the major events of David’s life that drew her to his story. Brooks includes figures such as David’s mother, Nizevet, and his brother, Shammah — characters often passed over in other depictions.

“There are so many rich characters in there that you want to widen the viewfinder on it,” Brooks said. “You want to give them some room to breathe and learn more about that scene and how it unfolded. That was what got me started.”

Sherra Babcock, vice president and Emily and Richard Smucker Chair for Education, said Brooks’ presentation of her work and her representation of David fit naturally into the theme for Week One, which centers on creative expression. Brooks said that David was the quintessential politician, but he was also an artist. Many of the Psalms are attributed to him.

“It’s pretty remarkable to have a voice from 3,000 years ago that we can still hear expressed in the person’s own words,” Brooks said. “And such powerful expression: he’s a poet.”

Besides the Psalms, there is a “tantalizing nature” to reflecting on the music David wrote that is now lost to history, something Brooks said must have been remarkable.

Considering — and reconsidering — a Biblical figure as idealized as David can be seen as a controversial act, something Brooks said she was conscious of when writing The Secret Chord. But there was a comfort in exploring David’s life, she said, which she said is “really squarely in the tradition of Jewish Midrash.” Midrash is the practice of interpreting sacred texts beyond what is on the page.

“That’s what we do in the religious practice I’m familiar with,” Brooks said. “When we go to Shabbat service, the Torah service, what we do, as a community, is take those ancient words and squeeze and squeeze the juice out of them and try to apply it to our own experience.”

John Harris, who did a mini-review of The Secret Chord for a CLSC Brown Bag Monday, said Brooks’ humanistic reconsideration of the life of David is one of the book’s greatest strengths. Her novels are firmly grounded in history, Harris said, but they present the characters as flawed, regular people.

Those characters — at least in The Secret Chord — have a tenuous grasp on their power, Harris said, because they live in a kill-or-be-killed political climate. Even the characters who seem most noble, such as David, must do whatever it takes to hold onto that power. It’s a theme Harris said is still timely and relevant thousands of years later.

“You hear the name David in the Bible, and you have this image of this kid knocking down Goliath with a slingshot,” Harris said. “And then there’s Michelangelo’s statue of David, which presents this really interesting, heroic young man — very vital, very attractive. To read about him in this novel is a very different sort of thing. We have these preconceived notions of who David is, and in this novel, we get a sense of David as a human being, with all of his strengths and weaknesses.”

Babcock echoed Harris’ praise of Brooks and her works. She said the idea of history coming alive through literature has become a cliché, but Brooks brings “a character of study” to her novels that makes them remarkable.

“She really is the kind of author that makes me feel that I am there,” Babcock said.

This focus on humanity, which is the theme of all of 2016’s programming at Chautauqua as well as the CLSC selections, is something Brooks thinks most books address. She said it’s a question people have been grappling with “for millennia,” which she noticed when she returned to the books of Samuel in her research for The Secret Chord.

“Whether it’s the Hebrew Bible or the old poetry of Homer — the question is always the same, which is, ‘How do you be a good human being?’ ” Brooks said.