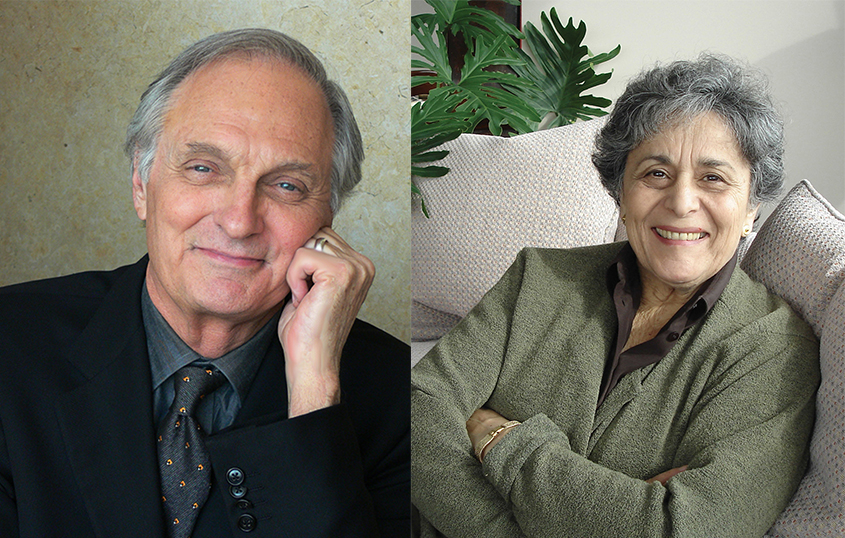 Arlene and Alan Alda have been married nearly 60 years. During that time, the couple, whose various artistic pursuits include acting, writing, photography and music, have only collaborated once. She’d received a photo assignment from Life magazine to cover the last days of the 11th and final season of “M*A*S*H”; Alan starred as Hawkeye Pierce. After the six-page spread ran, Arlene realized she had hundreds of additional photos and Alan had the stories to match.

“Even that wasn’t really collaborating,” Arlene said. “It was parallel play. I took the photos and wrote the captions and at a different time [Alan] contributed his versions of the events leading up the pictures.”

If not collaborative, their respective careers have proven complementary throughout the decades. And at 10:45 a.m. today in the Amphitheater, both Arlene and Alan will join their longtime friend Roger Rosenblatt on the stage of the Amphitheater in a discussion on the week’s theme, “On Creative Expression.”

The Aldas met in 1956 at the party of a mutual friend. The story, as they like to tell it, involved a rum cake made by the hostess tumbling to the floor. They were the only two guests to plop down and eat it anyway. Arlene says it’s that sense of humor in the face of life’s complications that sustains their marriage. That, and a good deal of creative outlets.

When they met, Arlene was a clarinetist and Alan was an aspiring actor. When they married, she left behind a position at the Houston Symphony to make a life with her new husband, who a few years later would become a famous television star. They had three daughters. In the early days, Arlene taught clarinet lessons and took an occasional gig with a chamber orchestra. She was a ringer for the Ridgefield Symphony Orchestra for five years before she left music behind.

“I was always antsy to have my own thing, and it was always in the arts,” Arlene said. “When my kids got a little older, I took a photography class and fell in love with it. But I never really thought in any other terms than, ‘Today I have to do something creative or I will go crazy.’”

Her photography appeared in publications including Vogue, People magazine and The Saturday Evening Post, and she received several one-person shows at places the likes of the Nikon House in New York City. But one of the things she shares with Alan is a restless creativity, which led both of them to writing. Alan has written the autobiographies Never Have Your Dog Stuffed and Other Things I’ve Learned and Things I Overheard While Talking to Myself. Arlene’s 19th book, Just Kids From the Bronx, contains a series of oral histories she collected from various people, famous and otherwise.

“I was inspired when I was back in the Bronx with Mickey Drexler, the CEO of J. Crew,” Arlene said. “Turns out Mickey lived in the same building I grew up in, and we started talking about our childhoods. I realized there are so many interesting and prominent people who came from the Bronx.”

Although Alan has joined Rosenblatt in conversation numerous times before, this will be the first time the three of them will share a stage. Arlene predicts today’s conversation will be largely improvisational. It will be one of the rare chances for the Aldas to collaborate. 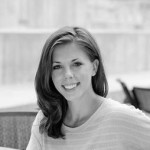 Lauren Smart is an arts writer and educator based in Dallas, TX. She writes for American Theatre, Dallas Morning News, Dallas Observer, Cowboys & Indians, among others. She is an adjunct professor of arts journalism at Southern Methodist University in Dallas.