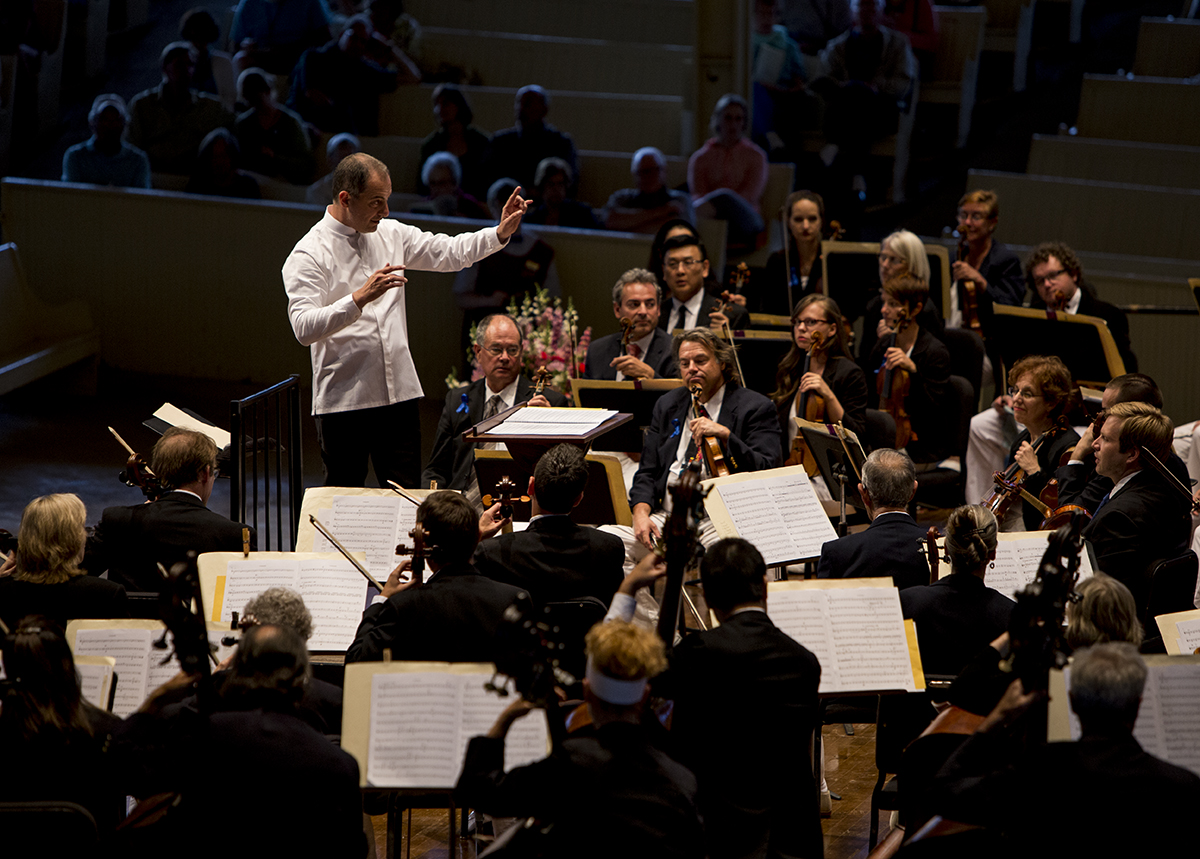 Annie Gosfield said when she composes a piece for an artist to perform, she loves how both she and the musician leave their marks on the music.

At 8:15 p.m. July 21 in the Amphitheater, cellist and soloist Felix Fan will perform the world premiere of Gosfield’s “Almost Truths and Open Deceptions” with the Chautauqua Symphony Orchestra.

“I have a long working relationship with [Fan],” Gosfield said. “It’s been great to get to know him and tailor a piece very specifically for his unique energy.”

Although this performance will be a world premiere, Gosfield said the idea of the song has a long history. She wrote a version of the work for Fan in 2007, but due to complications with the orchestra she worked with at the time, it was created as a chamber version rather than a concerto for a full orchestra.

Gosfield said it has always been in her mind to create an orchestral version, and her residency with a program called Music Alive allowed her vision to come to life. The program pairs composers with orchestras, and it paired Gosfield with the CSO.

Fan, a member of the Flux Quartet, has worked with such artists as Yo-Yo Ma, Gil Shaham and János Starker and played in venues including Carnegie Hall and The John F. Kennedy Center for the Performing Arts.

Gosfield, who started playing piano as a child, said she became more interested in composition in college. Gosfield wrote and performed her own music, but said she began to get requests from other musicians asking her to compose music for them.

She moved to New York City in 1992, and described it as a great environment to come of age as a composer.

“I just happened to arrive at a time when rent was low and the experimental music scene was really flourishing,” Gosfield said.

The experimental music scene left an impression on Gosfield, who said much of her music is influenced by her urban environment. She found music in machine sounds and archaic technology, such as vacuum cleaners.

One of her most performed pieces, she said, is a solo piece for violin with an accompanying recording of satellite sounds.

Gosfield said there are some differences between writing songs her for herself and writing for others. She said when she writes for herself she can write shorthand, because she knows her own intention.

When Gosfield writes for others, she said, she must notate the music on paper in a more conventional and traditional way.

However, Gosfield stepped away from the raucousness of her regular sources of inspiration for the sound of “Almost Truths and Open Deceptions.” The selection includes a dramatic, aggressive portion, as well as quiet and atmospheric segments.

“I tried to incorporate noise,” Gosfield said, “but noise as a beautiful sound source.”