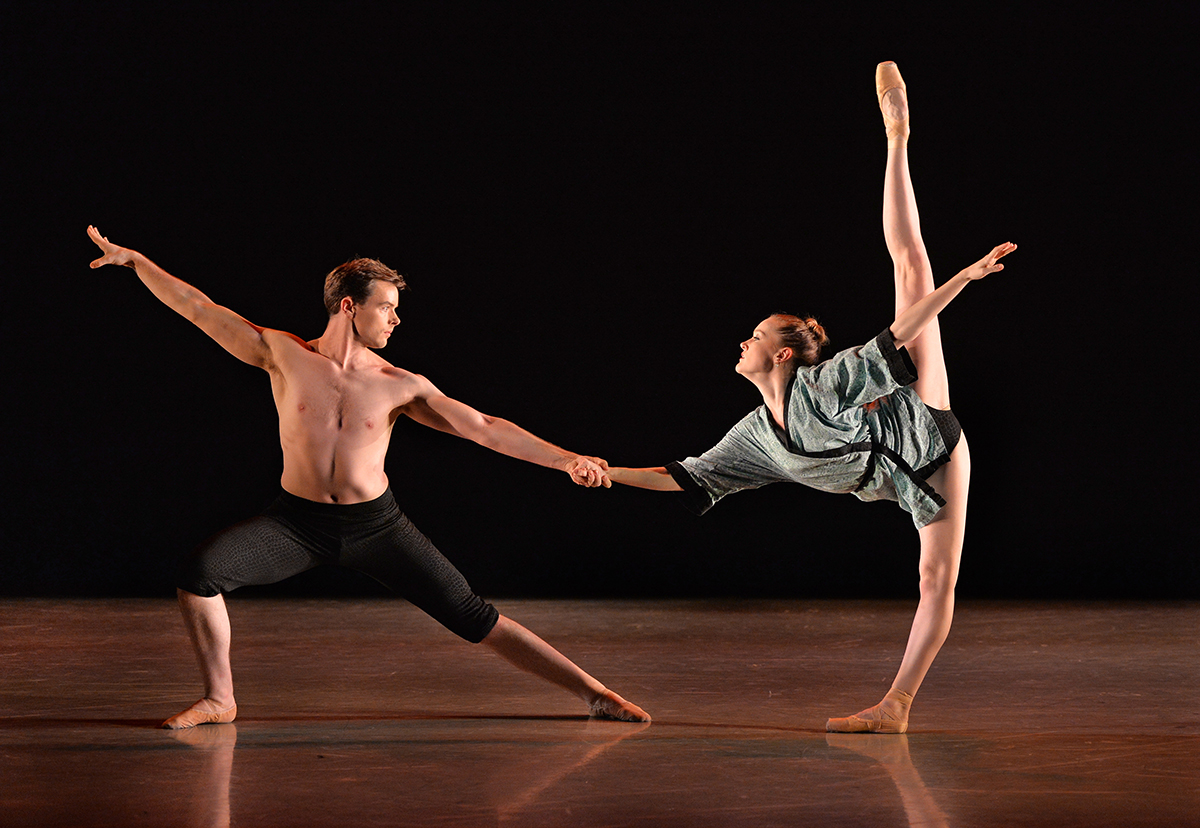 Four times throughout the “Evening of Pas de Deux” at 8:15 p.m. Wednesday in the Amphitheater, four dancers will mix and match as partners, like the plot of a dramatic soap opera.

But Charlotte Ballet dancers Alessandra Ball James, Sarah Hayes Harkins, James Kopecky and Josh Hall are all used to it by now.

“It’s getting more and more comfortable,” Hayes Harkins said. “We kind of know that it’s a thing and it’s going to happen — sometimes even in the same ballets.”

A pas de deux is a term to describe a duet. According to the American Ballet Theatre, classical pas de deux have five parts: an entrée (introduction), adage (partnering), two variations (two solos) and a coda (conclusion).

“When you think about traditional ballet, the pas de deux is usually the centerpiece,” said Jean-Pierre Bonnefoux, artistic director of Chautauqua Dance. “It’s like the main aria in an opera. So in 10 minutes, you get the feeling about what the whole piece is about.”

“For me, I love [Kopecky and Hall] both, but they’re so different,” Ball James said. “So I think now I’ve gotten used to flip-flopping between the two. … You just have to learn each other’s [preferences], like they have to learn things that I sort of like … and I also have to learn them.”

The time and work to prepare a pas de deux can be depend on different factors. Glenda Lucena, ballet mistress for the Festival dancers, said pas de deux give dancers a way to measure their abilities through technique, musicality and acting.

“The pas de deux takes a lot of rehearsal because it’s two people working together,” said Mark Diamond, associate artistic director of Chautauqua Dance. “The more complex the choreography, the lifts, the more rehearsal it takes, unless the couple is very used to working together a lot. But our dancers pretty much switch around a lot between partners because it’s not a large, large company.”

When it comes to picking partners, dancers have be able to work with anyone and make a believable connection on stage. Each connection, though, may lend itself to certain dances.

“For sure there’s some affinities that you have to respect,” Bonnefoux said. “There’s some people that really work well together. For ‘Romeo and Juliet,’ you have to believe in them that there’s that love so it needs to be the right pair.”

Hayes Harkins said she’s been in a partnership before that was difficult. Even when a connection is hard, however, the pair still has to do their job — to go on stage and make it look effortless.

Having a good connection, though, makes it easier.

“It’s one thing less you have to try at,” Kopecky said. “There’s already these steps and there’s probably a lot of lifts and turns and things so you don’t need that extra complexity to the dynamic.” 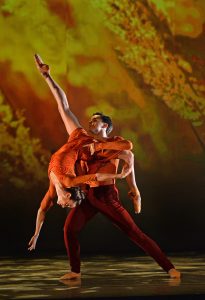 It could also help to be dating, like Chelsea Dumas and Iago Bresciani. Tonight is the first time they’ll be partners on stage, but dating makes it easier “because there’s a lot of touching and hugging” in Diamond’s “Spartacus” pas de deux, Bresciani said.

Sometimes things can go wrong on stage. Wardrobe malfunctions can occur, timing can be off or it can just be bad day. That’s all reality. Ball James said there has to be trust between pairs for moments like that, especially when nerves are added to the mix.

Trust is also important for moments when moves such as lifts go wrong. Dancer Raven Barkley said with her partner, Ben Ingel, she always knows he has her, which is good because Barkley is afraid of heights.

“Being a guy, I was always told the last thing, ever, for you to do is drop the girl,” Ingel said. “If the girl is coming down, you dive underneath her to break her fall. So you injure yourself before you let the girl get injured.”

In tonight’s performance, all of the Charlotte Ballet dancers currently in residency will be featured throughout nine pieces — seven pas de deux and two solos, all ranging in styles.

“I love ‘Pas de Deux Evening’ because you’re featured more than you would be maybe in a bigger production and sometimes the younger people in the company, we don’t get to get featured as much,” said dancer Elizabeth Truell. “It’s a nice opportunity to just start moving on up onto bigger and better things.”

Sasha Janes, resident faculty of Chautauqua Dance, said pas de deux, like “Black Swan” pulled from the full-length “Swan Lake,” give an opportunity for dancers to get a taste of principal roles.

“When you take those sorts of … pas de deux out of context, it’s a tremendous opportunity for younger dancers who may not be ready to do the … full-length ballet, but are ripe to progress to the next level,” Janes said.

The two solos will be performed by Sarah Lapointe and Ryo Suzuki.

“In general, [preparing for a solo is about] just finding your stamina and endurance for the whole thing because the eyes are all on you,” Lapointe said. Her solo, “Mazurka,” is about five minutes long.

As the dancers and choreographers work to prepare their pieces for tonight’s performance — some of them only having rehearsed for a week — it all comes to down to bringing that connection on stage.

“Instead of trying to go out there and trying to make something, it’s about this conversation with our bodies that we’re conveying to audience,” Ball James said.