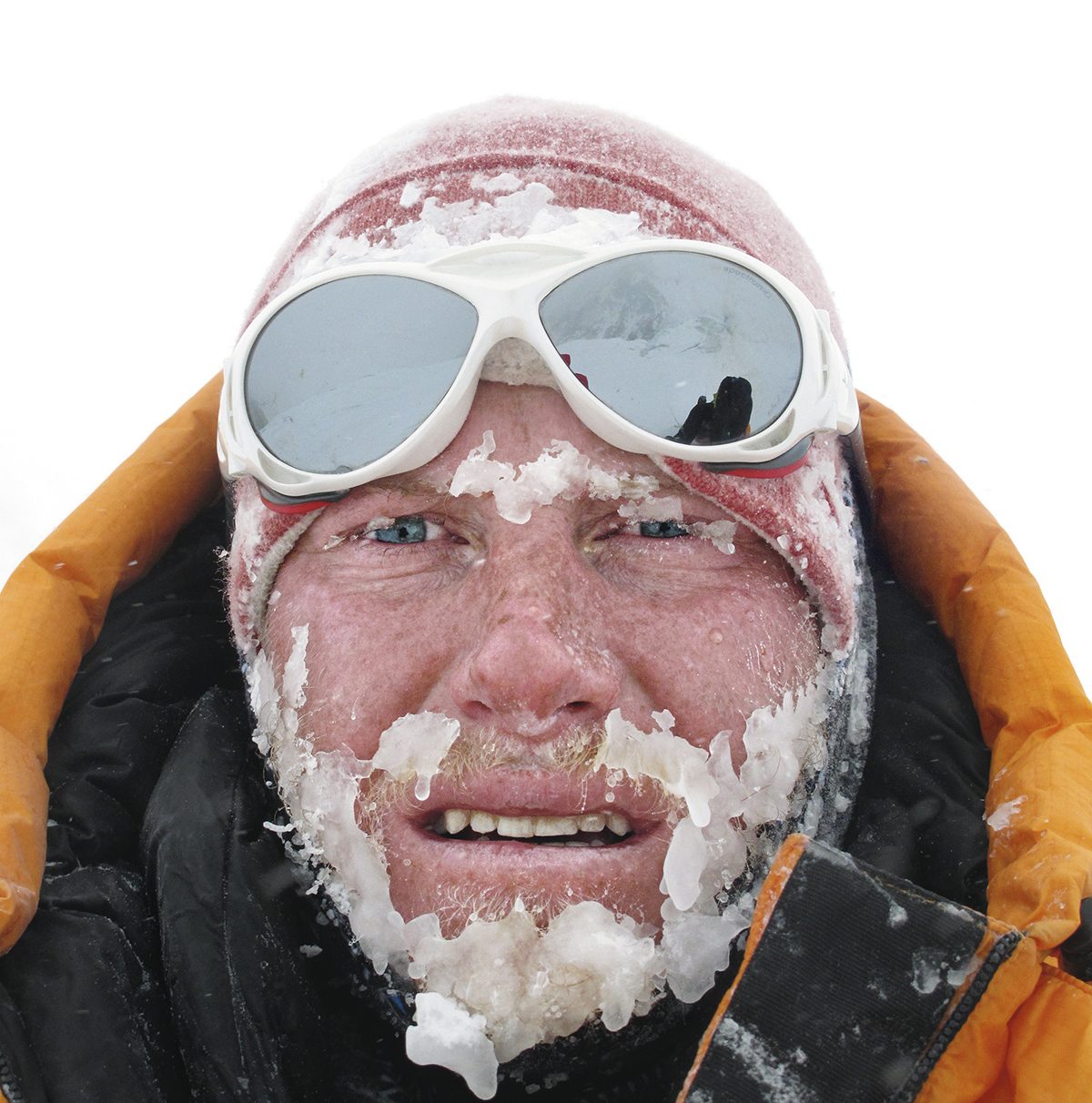 Cory Richards has never done this before.

His 10:45 a.m. lecture Wednesday in the Amphitheater won’t be the first time Richards has spoken in front of a crowd, but he said that delivering this particular lecture for the first time will be a scary experience.

And coming from a man who climbed Mount Everest only two months ago, that word carries some serious weight.

“When you step on that stage, especially as a National Geographic photographer, people often expect a certain thing from you,” Richards said. “There’s always a fear of oversharing, but I feel like the more open, the more vulnerable and the more intimate you are, the more people respond.”

His assignments with National Geographic have taken Richards to all seven continents, where he’s photographed spear fishermen in Indonesia and polar bears on the northernmost archipelago in the world.

But in 2011, Richards took a photo of what he called “the best and worst thing that’s ever happened to me.” And National Geographic put it on its cover.

The moment occurred after Richards reached the summit of Gasherbrum II in Pakistan, becoming the first American to climb an 8,000-meter peak in winter. As he made the descent with his partners, Richards was hit by avalanche rolling down the side of the mountain.

He found himself on top of the massive wall of snow and ice, surviving the disaster along with his traveling partners. Turning the camera on himself immediately following the avalanche, Richards captured what he said was a moment of vulnerability and emotional honesty, but one that did not come without consequences.

“That photograph is a complete breaking down of that wall and it was also an experience that triggered post-traumatic stress disorder in me, which sort of corroded my life from the inside out,” he said. “It’s the cover of National Geographic and it’s sort of the exact thing that’s killing me on a daily basis.”

He documented the experience of climbing Gasherbrum II and surviving the avalanche that followed in the 2011 documentary “Cold.”

Five years later, Richards said he is still suffering from the effects of PTSD and mountain climbing has become an experience of emotional polarity.

“I go out and I’m the healthiest person I can be and I achieve things and I’m dedicated to that and then I come home and I sort of fall apart,” Richards said. “I just came home from Everest less than two months ago, and that’s going to be some sort of life achievement, but I don’t feel about it that way. It was just something I did because it was fun.”

During his lecture, Richards will use photographs from his career with National Geographic to talk about working in extreme environments. But he also said he hopes to explore what’s taken place in his personal life and address Chautauqua’s 2016 season theme “What Does It Mean To Be Human?”

That conversation has already begun on Richards’ Instagram account (@coryrichards), where he recently shared several black and white portraits taken during a recent studio session.

But Wednesday, he will focus on events in his own life that took place after mountain climbing and his struggle to bridge his own experience with people’s expectations.

“Coming home, it matters in way to other people that I don’t perceive,” he said. “Those pressures and those thoughts about it become, well, they become pressure. And people have an idea built, that maybe isn’t totally accurate.”

Although climbing Gasherbrum II became one of the most well-documented experiences of his life, Richards said that’s not what his lecture will focus on.

“People want to stop with the avalanche, because it’s still exciting and they get their little hit of adrenaline, but if you really want to understand the avalanche, you have to see what came after it,” he said. “I think it’s gonna make some people uncomfortable when I talk about infidelity and borderline alcoholism. But I don’t really care. It’s time to talk.”