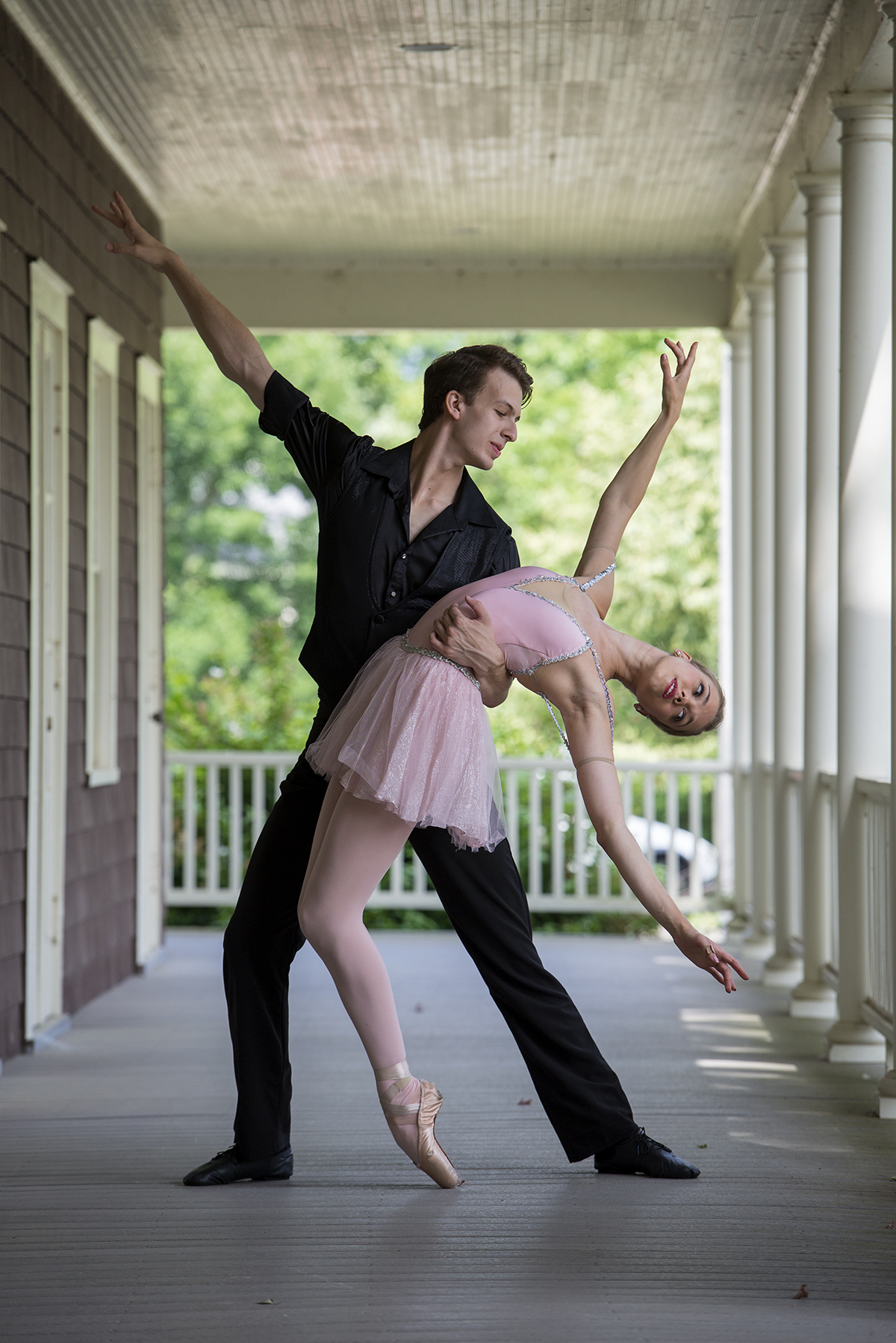 Cara Hansvick has quite the pointe shoes to fill.

Performing the “Fascinatin’ Rhythm” solo and “Man I Love” pas de deux with apprentice Michael Menghini during George Balanchine’s “Who Cares?,” Hansvick is working to capture the dances’ exhausting musicality.

At the same time, she’s trying to emulate the same performance of Patricia McBride, who originally danced the part and is now passing it on.

“I just feel so honored to be working with [McBride] on this part,” said Hansvick, an apprentice. “This is an unmatched opportunity for young dancers like [Menghini and me]. … I want to do it right.”

The Festival, Apprentice and Workshop II students will perform in the first Chautauqua Dance Company Student Gala of the summer at 2:30 p.m. Sunday in the Amphitheater.

Vernon said he would describe his piece as “plotless,” but requires the dancers “working as a team rather than as individuals.”

The piece includes three movements, which Vernon hopes to expand for the next performance. Along with choreographing for the students, Vernon also teaches them in class. He said his style between the two overlap.

“I think my choreography is about them being precise and keeping that formation rather than just emotionally dancing,” Vernon said.

Although Mark Diamond’s “Nightwatch” moves into the contemporary style, the music still serves as the inspiration.

The piece takes on a slight military theme, featuring the men in military-inspired costumes. The dancers will work on expanding their contemporary vocabulary.

As contemporary dancing in its nature is always changing, Diamond wants to give students exposure to learn how to adjust to it.

Diamond said students rarely — if ever — work on contemporary partnering.

“That’s why [the students are] very involved in and very hungry to do this because they want to have it and need to have it,” Diamond said.

Also hungry are the four dancers in Balanchine’s “Who Cares?,” staged by McBride, master teacher and repetiteur.

McBride was in a leading role in the original cast of “Who Cares?,” which, in its entirety, uses 16 songs by George Gershwin, adapted and orchestrated by Hershy Kay. The performance will include a 20-minute excerpt with three women en pointe and Menghini.

“I feel like I try to impart the musical aspect, which is so wonderful,” McBride said. “Nobody else has [Balanchine’s] musicality.”

The dancers have been working hard to perfect the quick movements and connection with the American sound. The excerpt includes three pas de deuxs, four solos and the group finishing it out. Menghini performs a solo, is in each pas de deux and the finale. He said it requires a lot of stamina. All of Balanchine’s work does.

“At the end of it, my fingers are tingling. It’s crazy,” Hansvick said. “And you would never know because it looks so fun, but it’s really hard.”

But for the 13- to 15-years-olds — 22 in total — -taking the stage on behalf of the Workshop II program, it’ll only be their sixth official day of dancing in Chautauqua.

Maris Battaglia, associate artistic director of the Chautauqua School of Dance, said the students have “been a joy to teach” in the short time she’s had them.

The dancers will perform “Cinderella at the Ball” en pointe as well as “In Remembrance of the 15th Anniversary of 9/11” with bare feet.

“In Remembrance of the 15th Anniversary of 9/11” is inspired by Battaglia’s nephew, who survived the attack on the Twin Towers, even managing to carry a pregnant woman down 14 flights of stairs.

For the students in the piece, Battaglia said “it can be hard for kids to feel the emotion” when it’s impossible for them to remember that day. She said the piece is to “honor of all of the heroes” from 9/11.

As this could be the first time the students are stepping on stage in the Amp, the choreographers and teachers just want to see them gain confidence from the experience. Glenda Lucena, ballet mistress for the Festival dancers, said all of their hard work is structured and challenging, but it’s “preparation for the stage.”

“And that’s what they all like — being on stage,” she said.