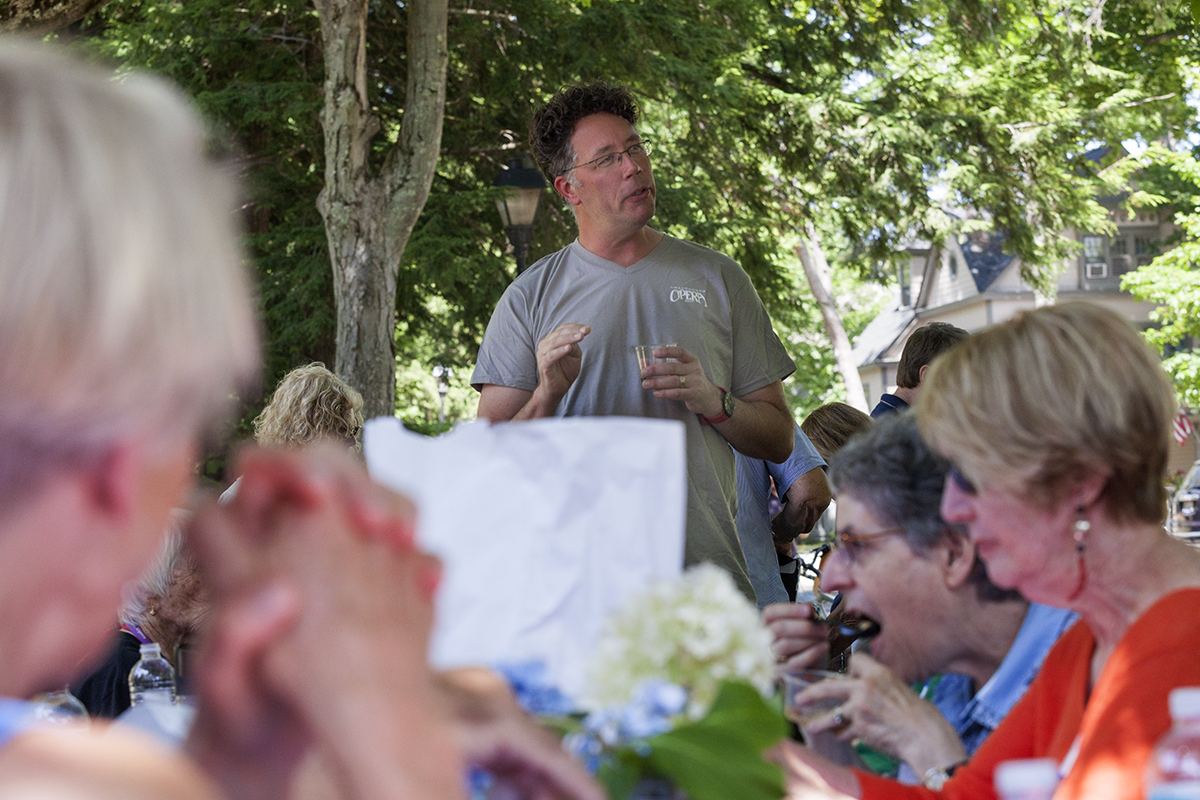 “We have lots of gatherings for the opera and the opera guild, but the picnic is the traditional, informal gathering of the entire membership,” said Linda Steckley, a sixth-year Guild member and 12-year Chautauquan. “It’s essentially a wonderful way to have a business meeting under these beautiful trees out in the sunshine.”

The primary function of the Guild is to support the Young Artists, several of whom also attended the picnic. Guild members volunteer at all opera events and participate in the “Adopt-an-Artist” program.

“We want to help make Chautauqua Opera Company known as the premier summer opera program,” Steckley said. “Anything the Guild can do to enhance that is important.”

Once everyone had settled down to eat, Artistic and General Director of the company Steven Osgood addressed the gathering. He mentioned the upcoming performances of The Mikado and Song From the Uproar, and said that as the director of an opera company, he is in an enviable position to work within the Chautauqua community.

“The people who come to the Chautauqua Institution have self-selected themselves already as curious people. I think here, we have 100 percent potential community involvement in this art form,” he said. “I love the fact that ‘opera’ is a buzzword around the Institution right now.”

School of Art Students Reflect on the Chautauqua Experience So Far