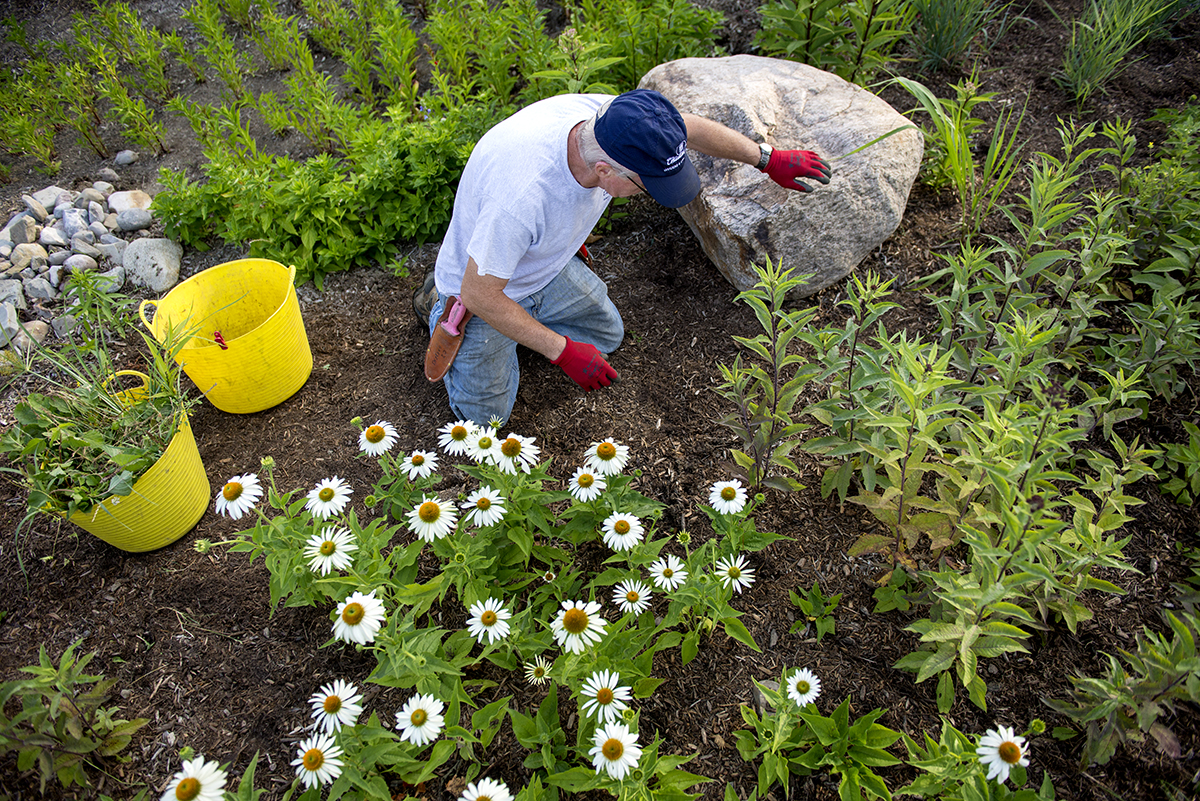 John Shedd’s face has become familiar to many Chautauquans over the past two seasons as he handled job responsibilities even broader than his title.

Shedd, Chautauqua Institution’s director of operations and administrator of architectural and land use regulations (and still capital projects manager), is most associated with the Amphitheater renewal project, heavily discussed last summer. Shedd’s presence was one of the common elements at the numerous public meetings the Institution sponsored to promote greater dialogue on its plan to upgrade Chautauqua’s premier performance venue.

But as he was serving as frequent spokesman for the Amp project in public, Shedd also served behind the scenes as the Institution’s primary point of contact with architects, engineers and consultants of many varieties as the project was developed and modified during the 2015 summer season.

Lost to some in all of this was the fact that Shedd had assumed significant new responsibilities in January 2015. With the retirement of longtime Operations chief Doug Conroe, Shedd took on supervisory responsibility for dozens of essential, year-round Institution employees and hundreds more summer seasonal staffers. His Amp responsibilities left little time for supervising delivery of a wide variety of services to property owners and visitors alike.

And yet, it all worked.

“Teamwork,” he said. “In Operations, we all basically try not to let each other down. I have been very proud of how members of my team work together. While everyone has important day-to-day responsibilities, we also deal with emergencies on an almost routine basis. We all feel we can handle these special situations when they arise — and we can count on each other when we need help.”

Shedd said he first learned how to manage both people and things as a principal in an architectural firm.

“Architecture is an unusual combination of art and science; to succeed, there must be a balance between those two,” he said. “Careful handling of people is also essential.”

“Let me tell you, construction workers are a breed apart,” he said. “I had one job with workers from Chicago Bridge and Iron, and it was important to treat them with respect. Their trust often followed, and that was essential in getting the job done satisfactorily. I believe in giving people responsibility. I do delegate. I like to get everyone’s opinion, and try to make time to keep my staff informed about policy changes and decisions, particularly around board of trustees meetings.”

Now in his sixth Chautauqua season, Shedd arrived in early 2011, replacing Charlie Heinz as land use regulations administrator. He showed administration officials that he could also design and manage capital projects, saving money on work that was previously outsourced.

Now, in addition to his many other duties, Shedd prioritizes capital requests from the various Institution departments before they are presented to decision-makers.

Numerous staff members contribute to the success of operations, but Shedd singled out his assistant and office manager Jennifer Majewski for special note.

“She’s my alter ego,” Shedd said. “She is a lot of things, but one of them is dispatcher. As you can imagine, we get all sorts of issues referred to our office. [Majewski] can assign them to the right people quickly and efficiently.

“The other day, things were tough. I went out to her desk and put my head in my hands. ‘No more decisions today,’ I said. [Majewski] told me there was one more. ‘An Amish guy who is a vendor at the Farmers Market needs to know where to park his horse.’ ”

Jack Munella is in his fourth season at the Institution, as manager of buildings and grounds. He is Shedd’s second-in-command for almost everything except the architectural and project management aspects. Munella, who came to Chautauqua from a similar position at WCA Hospital in Jamestown, supervises 26 year-round employees and nearly 75 seasonal hires.

“We provide service,” he said. “Pure and simple. And I’m the point of contact for a lot of different things. Unless I go out of town and am unable to attend to a problem, I’m effectively on call 24/7. I sometimes get calls when people are not at their best, frustrated about a problem or situation. I always try to listen, courteously. I’m honest and direct. And — this, I have found, is amazingly important — I call people back. Even if my answer has to be no, you’d be surprised how many people thank me for simply calling them back.”

After a few months on the job, Munella standardized work hours for almost all his staff, establishing a basic 7 a.m. to 3:30 p.m. workday.

“It gives us a jump on the day because things are not too busy around the grounds at 7 o’clock and we can get more done without inconveniencing folks,” he said. “We rotate a few people through an 8 a.m. [to] 4:30 p.m. schedule each week just to have the coverage later into the afternoon.”

Betsy Burgeson has also made some adjustments in her area. Having taken over as gardens chief 18 months ago, Burgeson made a strong favorable impression on Chautauquans in her first season last year.

“With that experience, I went to my bosses and essentially proposed swapping several seasonal hire slots for two more full-time positions,” she said. “They agreed and I’m using those positions for summer crew leaders and greater flexibility and productivity in our busy off-season.”

Like her colleagues, Burgeson is delighted with the teamwork on the Operations staff. Delegating to subordinates was hard at first — “I wanted to be in every garden on the grounds, myself, to make sure it was perfect,” she said — but with familiarity came trust, and Burgeson is able to manage better with fewer overall staff.

“We’re out on the grounds constantly, and we get lots of questions from Chautauquans,” she said. “I put my crew leaders in different colored shirts so people could direct their questions to the leaders. And if need be, they can refer the matters to me.”

Trees are a big deal for Burgeson.

“We have built up a complete tree inventory and maps,” Burgeson said. “We love our trees. But I look at the safety issue with trees as if my kid were walking under the tree. We have to take care of the trees and the people, too.

“The tree issue can cause some concern,” she said. “[Vice President and Chief Marketing Officer] George Murphy once told me I should get a T-shirt saying, ‘I’m not out here lumberjacking.’ And I’m not. But I think Chautauquans are understanding what we’re doing with the trees. There’s a lot of outreach going on. I’m doing events with the Bird, Tree and Garden Club. I’m in front of the Amp once a week explaining how beautiful the landscaping will be next year. We get 25 [to] 30 curious, interested people for every talk.”