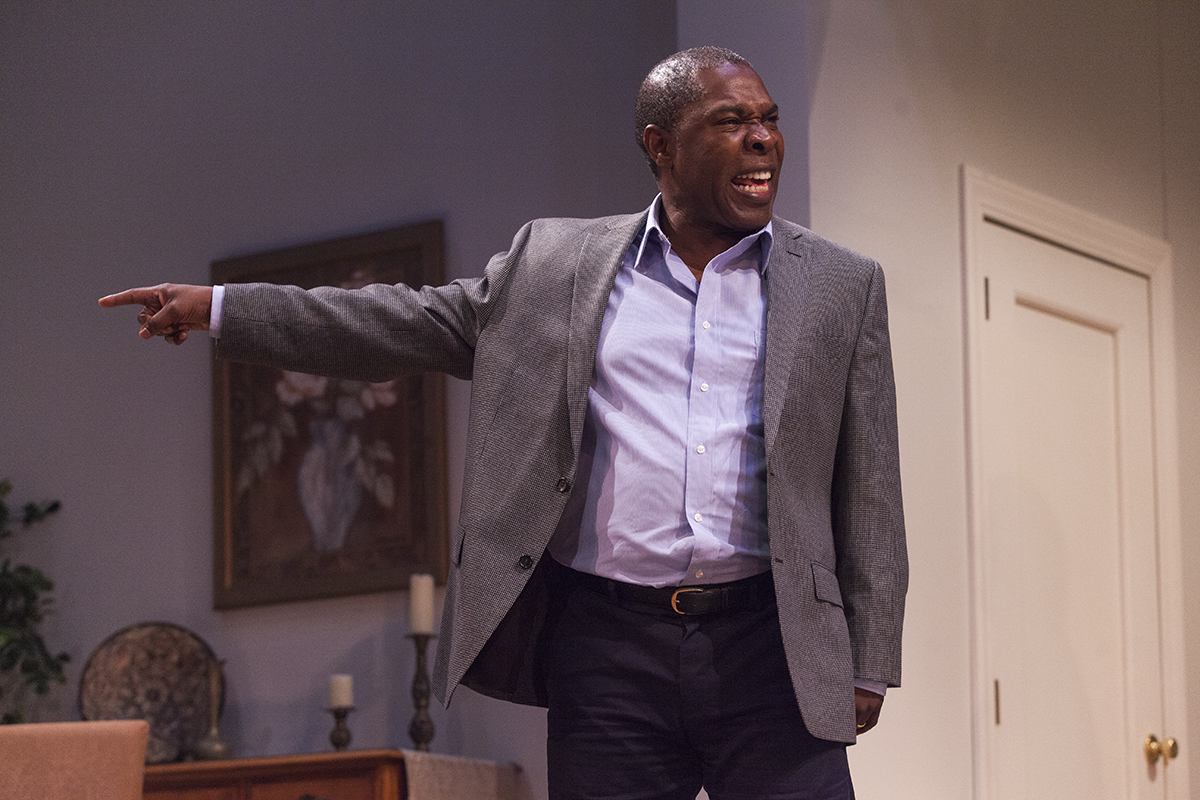 Michael Potts is trying to put flesh on a skeleton.

That’s how he described it, at least. As the actor prepares for his starring role in The Profane, he’s exploring the script to flesh out and develop his character. It’s something he thinks of as detective work.

The Profane, a new play commissioned for playwright Zayd Dohrn by the Chautauqua Writers’ Center and Chautauqua Theater Company is directed by CTC Co-Artistic Director Vivienne Benesch. It is the story of two Muslim immigrant families with opposing views on religion who are forced together by their children’s relationship. The show opens at 6 p.m. July 23 and continues with two July 24 stagings, at 2:15 p.m. and 8p.m.,in Bratton Theater.

“There are going to be things [in The Profane] that are incredibly familiar to [audiences] and incredibly enlightening. … We all understand familiar drama because I believe all of us have families,” Potts said. “We understand that dynamic of people who know you better than anyone else and therefore you can be a little more vulnerable to.”

Potts has a long list of both stage and screen credits, but some of his most recognizable roles include Brother Mouzone on “The Wire,” Detective Maynard Gilbough on “True Detective” and Mafala Hatimbi in the original Broadway cast of The Book of Mormon. He’s returning to Chautauqua Institution after his debut last year in Our Town.

In The Profane, Potts portrays patriarch Raif Almedin, an author who doesn’t approve of daughter’s relationship with a man from a strict Muslim family.

“I think the most important thing about him is he believes he’s sure and he’s right about everything he says, … that he’s the smartest person in the room,” Potts said.

He said Raif believes his actions in the show are in defense of freedom.

As he’s gotten older, Potts has started taking on father roles like Raif.

“That does begin to shift your perspective on the world and how you approach the character,” he said.

The Profane is Potts’ first exposure to the work of Zayd Dohrn, whom he called very smart.

“I think he has an incredible facility with dialogue,” he said. “He understands family dynamics or interpersonal dynamics extremely, extremely well, and knows how to, you know, have an engaging argument between individuals.”

He’s seen the evolution of the show from an earlier draft to today’s script, and he feels that Dohrn is thinking deeply about the subject.

Because this is the first production of The Profane, Potts is originating the role.

“It’s certainly more exciting,” he said. “You get to put your mark on it.”

Potts mentioned the politics of the post-9/11 U.S. and the current presidential election as reasons the play makes sense at this time. That relevance is part of the reason he decided to return to Chautauqua for The Profane.

“I don’t think this play, any play, could be any more topical right now,” he said.