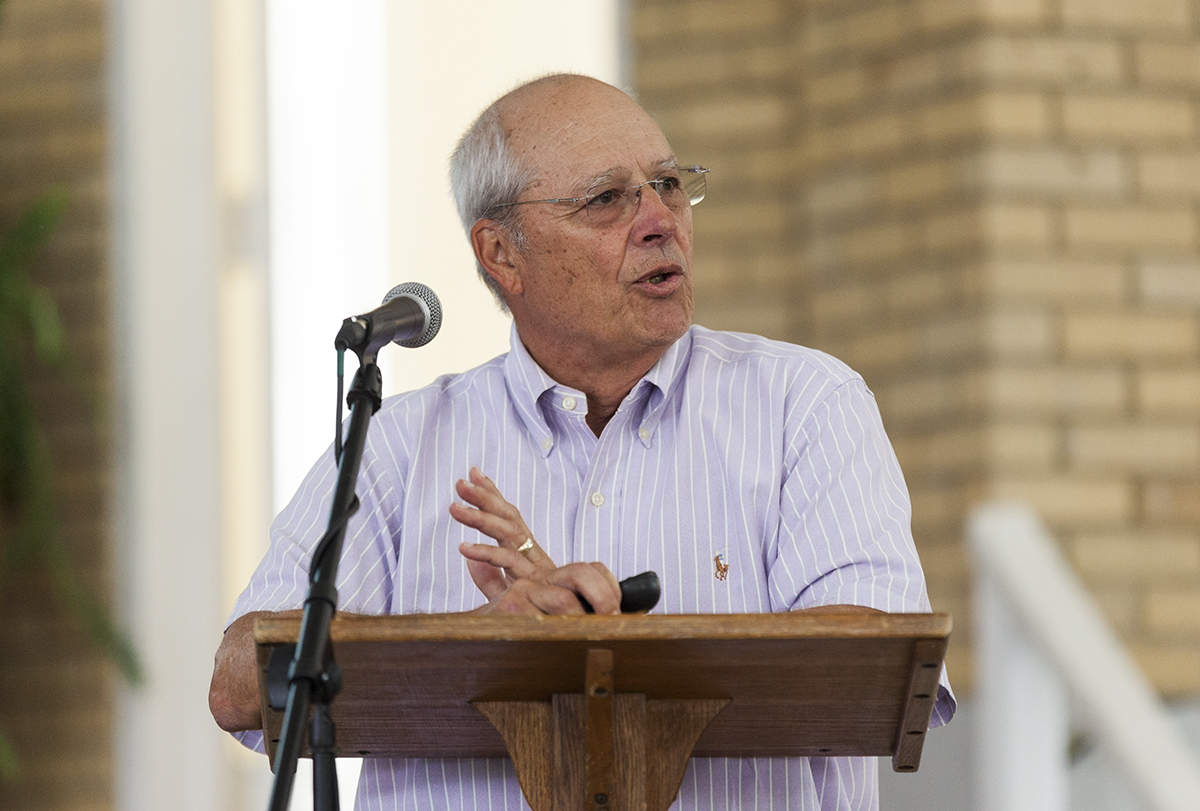 Getting new streetlights for Chautauqua cannot be completed with a flip of a switch.

The Chautauqua Utility District, along with help from the CPOA, is working to purchase all streetlights from National Grid, its current electric company. That excludes any Institution-owned lighting, such as the lights on Bestor Plaza and the brick walk.

According to Dilley and CPOA President Bill Neches, there are 243 streetlights in on the grounds and National Grid doesn’t offer any LED options.

“Our goal is to take all of the old National Grid lights … and replace them with new LED lights,” Dilley said.

The CPOA is relying on educational opportunities such as Monday’s session to inform the public of its plan. Because the project would be a CUD purchase of more than $100,000, it needs to be voted on by property owners.

A contract is in the works with National Grid to complete this project, but has not been finalized. The hope, Dilley and Neches said, is to go to a vote on Aug. 9 under the parameters that CUD would float a bond for up to $800,000 to be paid over 30 years or less, in order to purchase and replace all streetlights without a tax increase.

Dilley said CUD would then be “the owners and installers and maintainers” of the new lights, excluding those owned by the Institution. Tom Cherry, CUD supervisor, has been working closely with the committee and said he fully supports this decision and plan to move forward.

During his presentation, Dilley showed lighting the committee has researched and recommended (a Neri 804 Heritage with a Philips Fortimo LLM linear LED array for posts and lights on arms; a CREE LED light for cobra-head fixtures). The lights are low maintenance, low glare, energy efficient and are warm in color.

Chautauquan Mike Lusi brought up a concern regarding the somewhat-blue lighting associated with some bright LED bulbs.

The American Medical Association said in a recent report that blue lighting can be harmful and can upset a person’s circadian rhythm, disrupting natural sleep patterns. Naomi Miller, a senior staff scientist at the Department of Energy Pacific Northwest National Laboratory, said street lighting would have very little effect in that issue. Miller is in charge of Gateway Demonstration Projects.

Even if it had a larger impact, she said, the CPOA’s lighting is warm in color and has a lower wattage.

“What the AMA failed to say is the amount of lighting you’re exposed to from blueish street lights is very small compared to what you get from your iPhone, your iPad or your television or your interior lights. So, it’s a very small consideration unless you have light that’s blasting light right inside your bedroom,” Miller said, adding that no lighting experts were on the AMA panel for that report.

Another way to fund the street lighting project is through donations, Dilley said. Chautauquan Caroline Bissell said she would be interested in funding a streetlight by her home. Sixteen lights have been funded by donations through the Chautauqua Foundation, and more can be done this way.

Moving forward as the contract continues to be finalized, the committee is wants to see the issue on the ballot.

“If we don’t do it now, we’ll have to wait till next August,” Neches said.