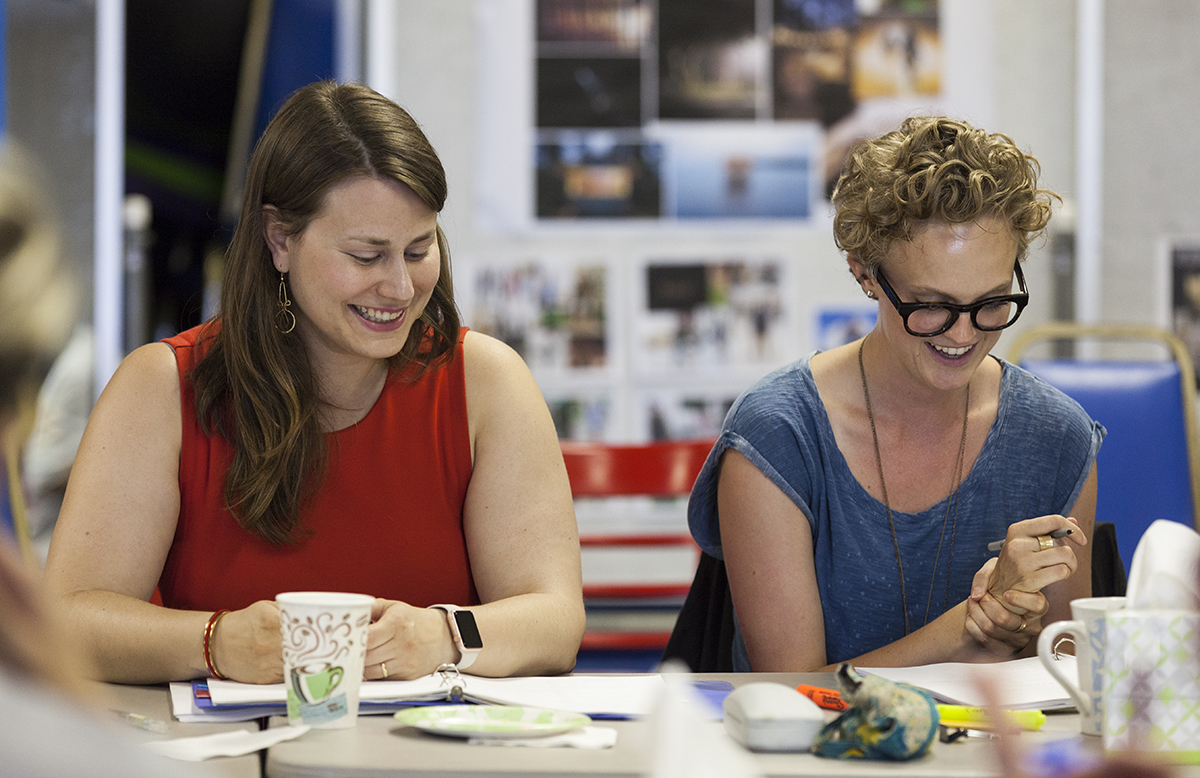 If Tiny Houses sounds like a modern play, that’s because it is.

The show, which tells the story of a couple moving from New York to Oregon to build the titular tiny home, is the first of Chautauqua Theater Company’s 2016 New Play Workshop staged readings.

But for Tiny Houses writer Chelsea Marcantel, it has ideas that date back to the classic journey tales of ancient Greece, even if those journeys manifest themselves differently in the modern day.

“Standing in front of a pile of lumber and being like, ‘I have to make a house for myself out of this,’ in 2016 can be just as daunting as like, ‘I have to go to the top of Mount Olympus and retrieve fire,’ ” she said.

Staged readings of the show, which follows the construction of the house from start to finish, will be presented at 8 p.m Thursday, 4 p.m. Friday and 2:15 p.m. Saturday in Bratton Theater.

The daughter and granddaughter of librarians, Marcantel grew up loving books and writing stories in her notebooks. She loved theater, but realized in college that she wasn’t an actress, a sentiment that her faculty at Louisiana State University echoed.

She completed a fellowship from the Lila Acheson Wallace American Playwrights Program at Juilliard. It was at Juilliard that Marcantel heard about the Chautauqua New Play Workshop program and decided to apply.

She’s fascinated by small groups of people, and that’s what drew her to the tiny house subculture.

“In all my work, I’m interested in humans as small group primates,” Marcantel said. “[It’s] the idea that no matter how big the world’s population gets, we’ll pretty much live our lives in groups of 10 or 12 or 15 people, and the rules of those small groups are more important to us than the rules of larger society by and large.”

She was also driven to write Tiny Houses by her interest in having actors physically construct something onstage during a play.

“Not that they’re pretending to do something or are making the gesture of doing something, but that they’re actually building this house in front of the audience over the course of the play,” she said.

Marcantel doesn’t know yet what level of construction will be possible in the show, but she’s seen a foam house built by actors on stage before, so she knows it’s an achievable idea.

While they’re building their home, the couple in the show interacts with a cast of eccentric characters, including a haunted-doll salesman and a woman who makes relaxing YouTube videos as her job.

“I heard this really interesting thing once, … that people in America, the sort of nutty people who can’t find a place, move west and west and west until they get to Oregon,” she said.

At the heart of the play, Marcantel said, is the idea of home, “and what home is and how we construct that for ourselves out of either concrete material or our relationships.”

Morning Worship Column: Recognize When You Lose Your Edge, Then Let God Restore You