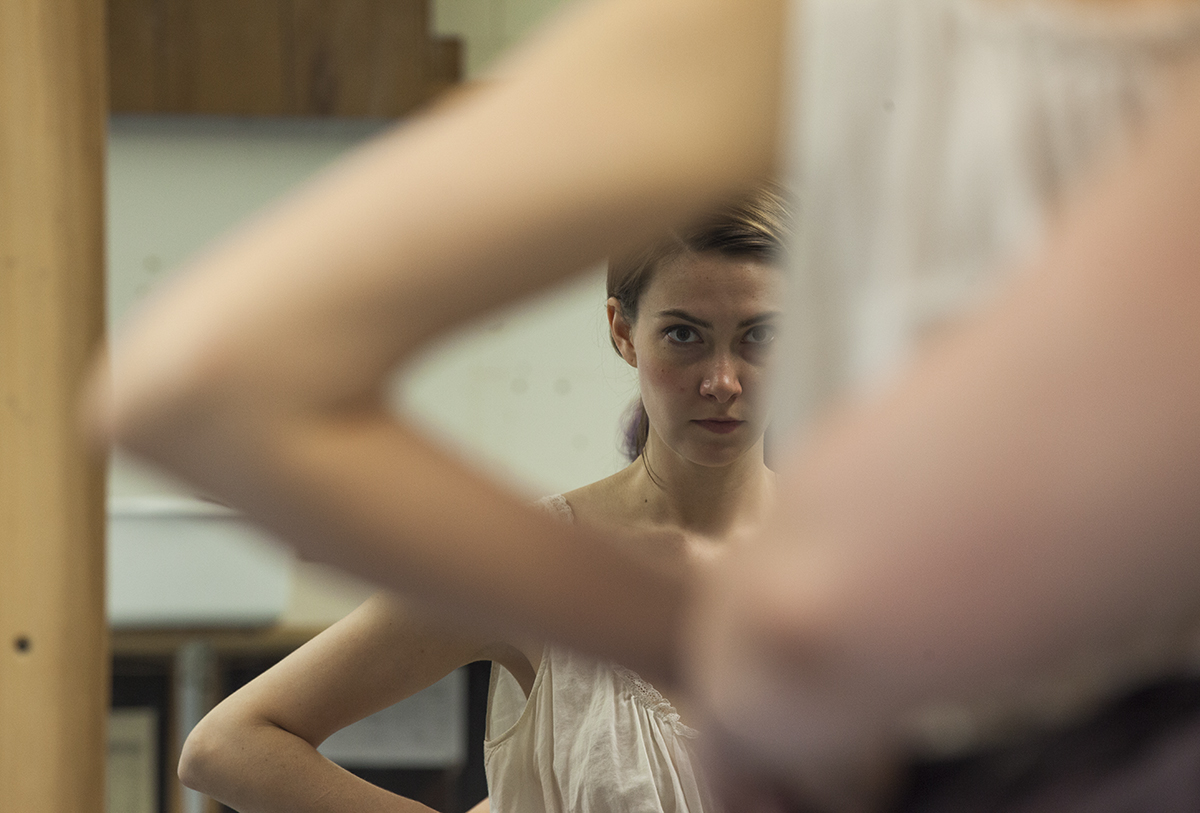 Tracy Christensen may be a costume designer, but the heart of her work is psychology.

Christensen’s work is in fabrics and dresses, but to choose the right ones, she needs to understand the mind of each character.

“All the things that weigh on human beings and make us be who we are is what I’m interested in, because that completely dictates how someone will dress,” she said.

After realizing she wanted to be involved in theater but not act, Christensen discovered costuming during her time as an undergraduate at Northwestern University in Evanston, Illinois.  She received her Master of Fine Arts in costume design from Rutgers University. In addition to her work at Chautauqua, where she’s costumed plays such as The Cherry Orchard and Arcadia, she has worked on shows both on and off-Broadway, at Carnegie Hall and Lincoln Center, and even at SeaWorld.

This summer, Christensen is celebrating her 10th non-consecutive season, over 12 years, at Chautauqua. It’s the community that keeps her coming back.

“It’s a peaceful experience to be here,” she said. “The grounds are beautiful; the idea of this place is appealing to me in an artistic and social way.”

She called Chautauquans “intelligent, cultured people,” and she feels that her work is appreciated and noticed here.

Although it isn’t as large a show as some others she has worked on at Chautauqua, In the Next Room presents a unique challenge for both Christensen and the actors who wear her costumes.

The show contains period costumes that have to be removed onstage. Because of the exposing nature, common costuming tricks have to be skipped.

“There can’t be a secret zipper anywhere, no velcro, no modern closures,” she said. “It all has to seem as though it would be how these clothes really went on people in this time.”

Despite her tricky job, Christensen isn’t necessarily looking to grab the audience’s attention.

“It’s your goal as a designer to create whatever the world of your show is in such a way that it’s just right for the experience of being with the show,” she said. “So hopefully people aren’t walking out with some overwhelming impression of the design of the show over what the show had to offer.”

Her role might sound thankless, but Room director Larissa Kokernot, who is at Chautauqua for the first time this season, is appreciative.

“She’s very responsive. She’s an incredible listener. She’s very detail-oriented. … She wants to talk very specifically about how things work in the context of the dramatic storytelling,” Kokernot said. “She really knows her stuff.”

(All photos by Carolyn Brown.)