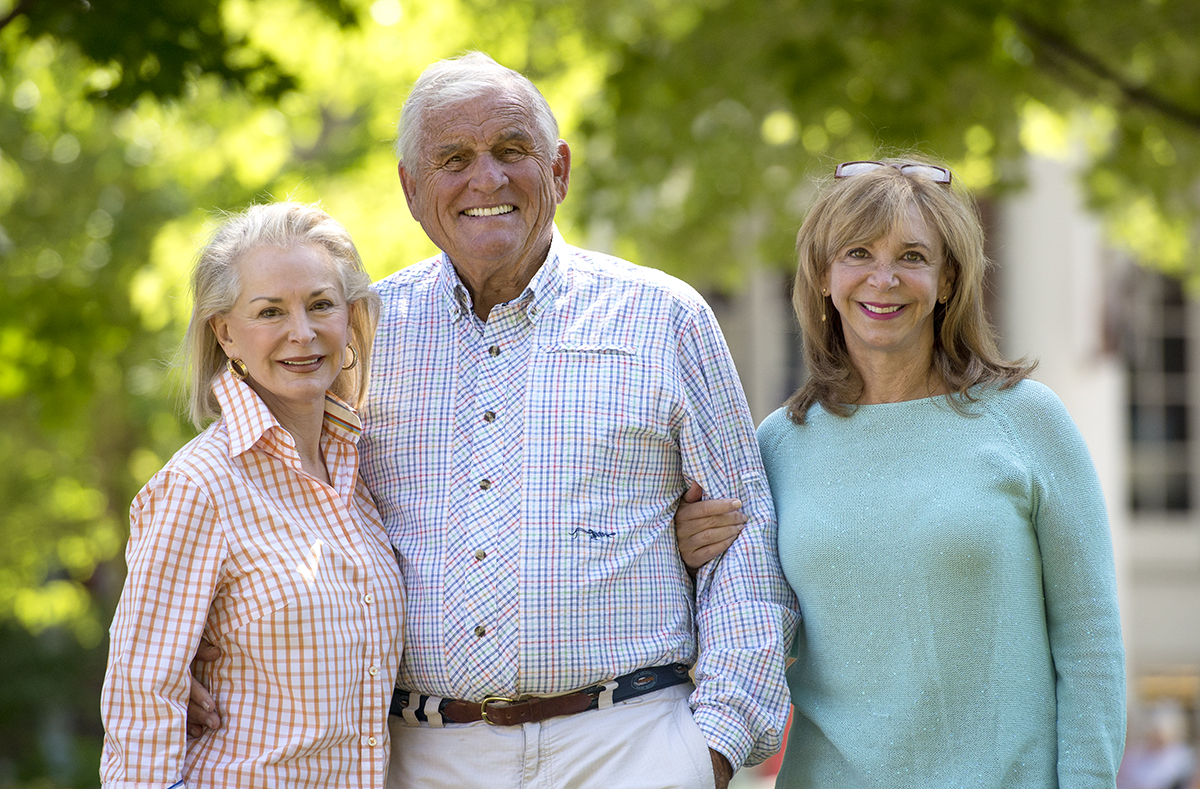 For men and women alike, Love, Loss, and What I Wore is contagious.

Less than a decade after sisters Nora and Delia Ephron adapted Ilene Beckerman’s illustrated book of the same title to the stage, adding four characters, it has played all over the United States and in many other countries.

Thanks to a collaboration between the Chautauqua Women’s Club and Chautauqua Theater Company, and members of the Royal Palm Players of Boca Grande, Florida, Chautauquans will have an opportunity — at 4 p.m. Monday at Bratton Theater — to see a staged reading of the acclaimed series of monologues, with a twist. (The house will open for seating at 3:30 p.m.)

“I first saw [Love, Loss] off-Broadway and thought it would be great at Boca Grande,” said Director Erica Ress Martin, a trained actor, lawyer and marketing strategist who for 20 years wrote successful commercials for major corporations.

“It is written for five women, but in the notes the Ephrons say to cast as many as you want, so [the RPP] added a Greek chorus of four women.”

Martin’s chorus will be led by fifth-generation Chautauquan Lee Heinz, a professional dancer, actor and instructor who has not only performed in Broadway musicals (including Dancin’, Peter Pan, A Chorus Line, West Side Story and Cabaret) and off-Broadway productions, but also in feature films and on TV’s “Guiding Light.”

Joining Heinz in the chorus are Kathryn Chesley, Lisa Wallace and Michele Keane.

Chelsey majored in and taught theater for 36 years in New York state, wrote several plays, and produced and directed more than 75 musicals and plays, for which she won several directing awards. Since she began spending winters in Florida, she has continued as a playwright and performer, and portrayed women of historical importance.

Wallace, a native of Lakewood, New York, and the CWC’s house administrator, returned to acting this winter after 30 years away from it, playing a number of roles in a radio play production of Miracle on 34th Street in Illinois. Keane, the CWC’s recording secretary and a chemical engineer who had no prior theater experience, volunteered to be in Love, Loss. CWC member Ann Fletcher, who along with her husband, Bob, is a co-producer of Monday’s Love, Loss benefit performance, said Keane is a natural.

Taken together, “there are three professionals, five community actors, and one new volunteer in the cast,” Martin said. Four will play several roles. Only Susan Laubach will portray one character — Gingy, the narrator.

Having spent years in the investment field, Laubach turned to the New York theater scene and has appeared in plays (including two-character and solo plays), television and film; written books and plays; and taught theater arts and creative drama. A former member of the boards of the CWC and CTC, Laubach sings in Chautauqua’s Motet Choir.

“We’re working in a different way,” Martin said. “The actors don’t just have one part. They have to be different characters. It’s interesting to see them become other characters. Only Susan ages through the play. The rest wear black.”

At Chautauqua, Martin has cast Fletcher in the same seven Love, Loss roles she played in Boca Grande in November 2013. According to Fletcher, it took winning the Boca Grande Community’s 2006 Anna Award for Best Actress for her to take her acting ability seriously.

“For this play, I called women I know who have theater experience,” Fletcher said. “Lee Heinz and Susan Laubach both have lots of experience in New York. Gwen Tigner has experience here acting and is the treasurer for the Women’s Club and CTC. Tiffany Clementi Hammes majored in theater, acted in New York for years, and teaches drama here at Children’s School.”

CTC Co-Artistic Director Vivienne Benesch is participating again this summer, and like Fletcher, has seven roles.

“I’m really pleased that the Theater Company can help the Women’s Club,” she said. “They have been so generous to us in supporting the theater through scholarships. And on a personal note, I’m really excited to have the opportunity to be on stage here for the first time in three years.”

Fletcher said CTC Managing Director Sarah Clare Corporandy provided a stage manager and sound and lighting designers. She and Benesch made special arrangements for the Love, Loss cast to work in front of the set for The Profane, which opened on Friday.

There are four levels of sponsorship and ticketing for the Love, Loss benefit. General admission is $40 per person. Priority seating is available at the $75 “superior” level and above. The $150 “sponsor” level includes admission to the cast party at the Women’s Club following the play.

The funding raised will be used to further the Women’s Club mission of enhancing fellowship; providing a wide range of programs that advice social, educational and service goals; and sustaining scholarship opportunities for students in Chautauqua’s schools and programs of fine and performing arts.

“The stories are universal,” Fletcher said. “Some are heartwarming and others are heart-wrenching.”

“What ties them together is the clothes, but this is not a play just for women,” Martin said. “Once we had the opening night in Boca Grande, we were sold out ever after.”