In his early life, Fr. José Gabriel Funes, S.J., felt two vocational callings from God: to be a Catholic priest and to be an astronomer.

Funes fulfilled both of those dreams: He served as the director of the Vatican Observatory for more than nine years.

At 2 p.m. July 20 in the Hall of Philosophy, Funes will give a lecture titled “The Road Map to Other Earths: A Spiritual Journey.” He will address the spiritual lessons humans have learned as a result of astronomers’ search for extraterrestrial life.

Funes was 6 years old when Apollo 11 landed on the moon, and that was the day he fell in love with astronomy and outer space. 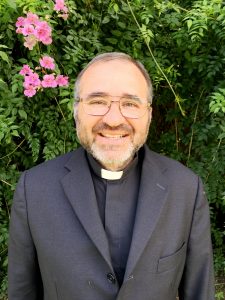 “I grew up a Catholic, and in the Catholic country of Argentina, so for me, to believe in God was quite natural,” Funes said. “But at the same time, I also had this scientific vocation, and my parents supported me very much to go this way.”

Funes went on to receive his Ph.D. in astronomy and then work as an astronomer at the Vatican Observatory before Pope Benedict XVI appointed him director. Funes said good science is the best thing for religion, because the scientific method can help people better understand God.

“It’s a critical method [with] critical thinking, and that’s the kind of thinking that will help us to purify our image of God,” Funes said. “We are learning more and more about God — it’s a process. We don’t have the perfect image of God, but we’re in this process of knowing a little bit more, step by step, about God.”

But Funes also believes the importance of science does not deflate the importance of religion. He said just because texts such as the Bible and Quran were written within a religious context, it doesn’t make their ideas unimportant or irrelevant.

Funes said priests are “trained to find God in everything [they] do,” and that can include prayer and liturgy, collaborating with other people or even just experiencing a good book or movie. He said finding God wherever possible is his goal in life, and he partly achieves that through astronomy.

“There are many ways to find God, and astronomy is one of those ways for me,” Funes said. “There is a rationality in the universe [and] for that reason we can do science, … so doing science is part of my goal of my belief that I can find God and learn a little bit more about the truth in the universe.”

Funes believes life itself is a process, and science is a way for humans to better understand it. But he also views life as a gift.

“In the Bible we see many quotes that God is the creator, but we are learning that life is still a mystery,” Funes said, adding that people need to take care of the Earth because it’s the only home that they currently know humans can inhabit.

As far as advancing knowledge on this topic, Funes said people should patiently wait for the results of science.

“The next word on the direction of life is not coming from religion or theology — it will come from science,” Funes said. “We don’t know much about the origins of life and there are actually many questions that we need to answer. … In my presentation, I would like to write some of these questions, and show that we need to pay attention to these open questions and still search for the truth.”