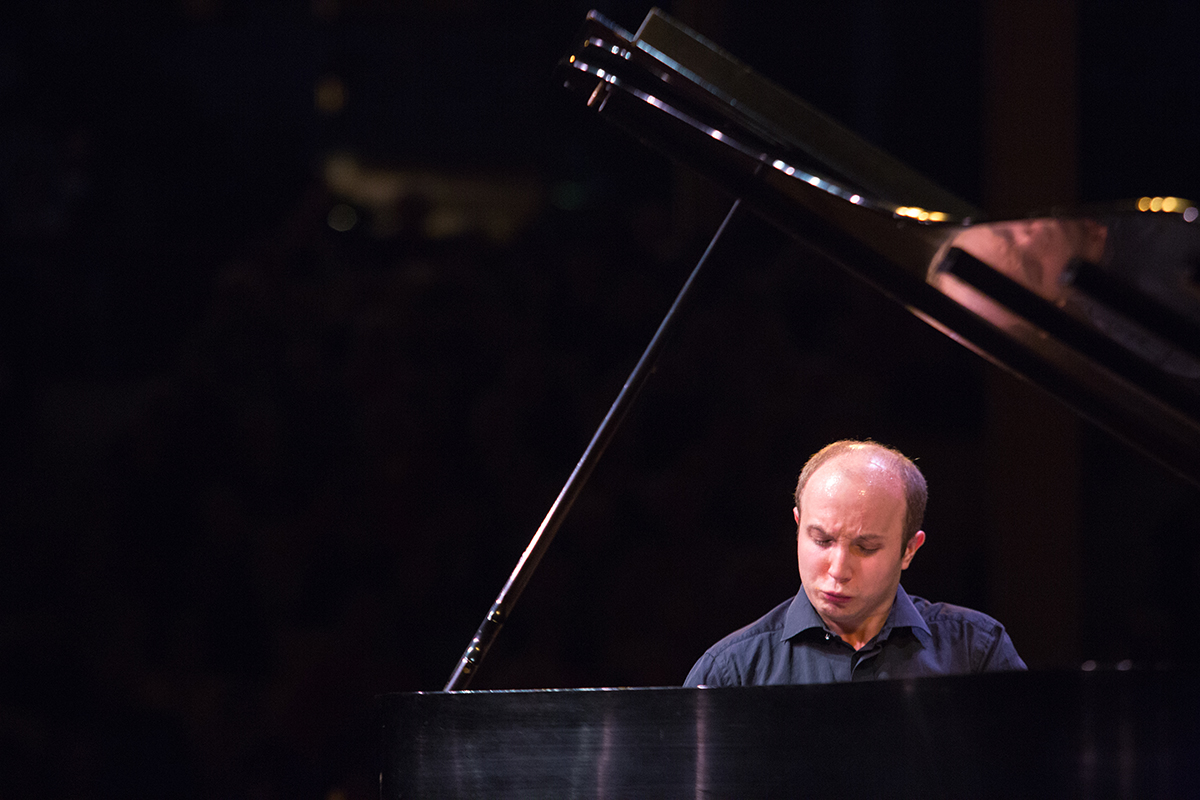 Alexander Gavrylyuk described Chautauqua Institution as somewhere where his vision of music and its role in society meet reality.

Gavrylyuk, who has been playing piano at the Institution for years, will perform a solo recital at 8:15 p.m. July 20 in the Amphitheater.

“For me, Chautauqua is the best example of how a seemingly nearly impossible concept of uniting so many reflections of human expression and views on life in one close proximity becomes very possible,” Gavrylyuk said.

He credits that to Chautauqua’s philosophy and history, and said sharing music can bring people to a place of universal truth and value.

“In today’s world, where so much emphasis is on the material side of life, music has a unique role as a kind of reminder of one’s inner world, and the importance of connecting to one another as human beings,” Gavrylyuk said.

That feeling of unity can be found by attending concerts, according to Gavrylyuk. He said that immediate differences, such as political or religious views, stay outside of the concert hall.

When deciding on the program for each Chautauqua season, Deborah Sunya Moore, vice president and director of programming, and Rossen Milanov, music director and principal conductor of the Chautauqua Symphony Orchestra, look for balance.

Moore said balance is found in inviting a variety of artists to play.

“One of the ways we can provide that variety is bringing soloists that are new, soloists who are emerging, soloists like Edgar Meyer who are absolute superstars in their area but have never been to Chautauqua before,” Moore said. “To balance that, we also want to continue bringing people that Chautauqua is absolutely in love with.”

Gavrylyuk, whom she fondly refers to as “Sasha,” is one of the latter artists, Moore said. Each time he returns to Chautauqua, Gavrylyuk plays a concerto with the CSO and also a solo performance. Gavrylyuk will perform with the CSO on Saturday.