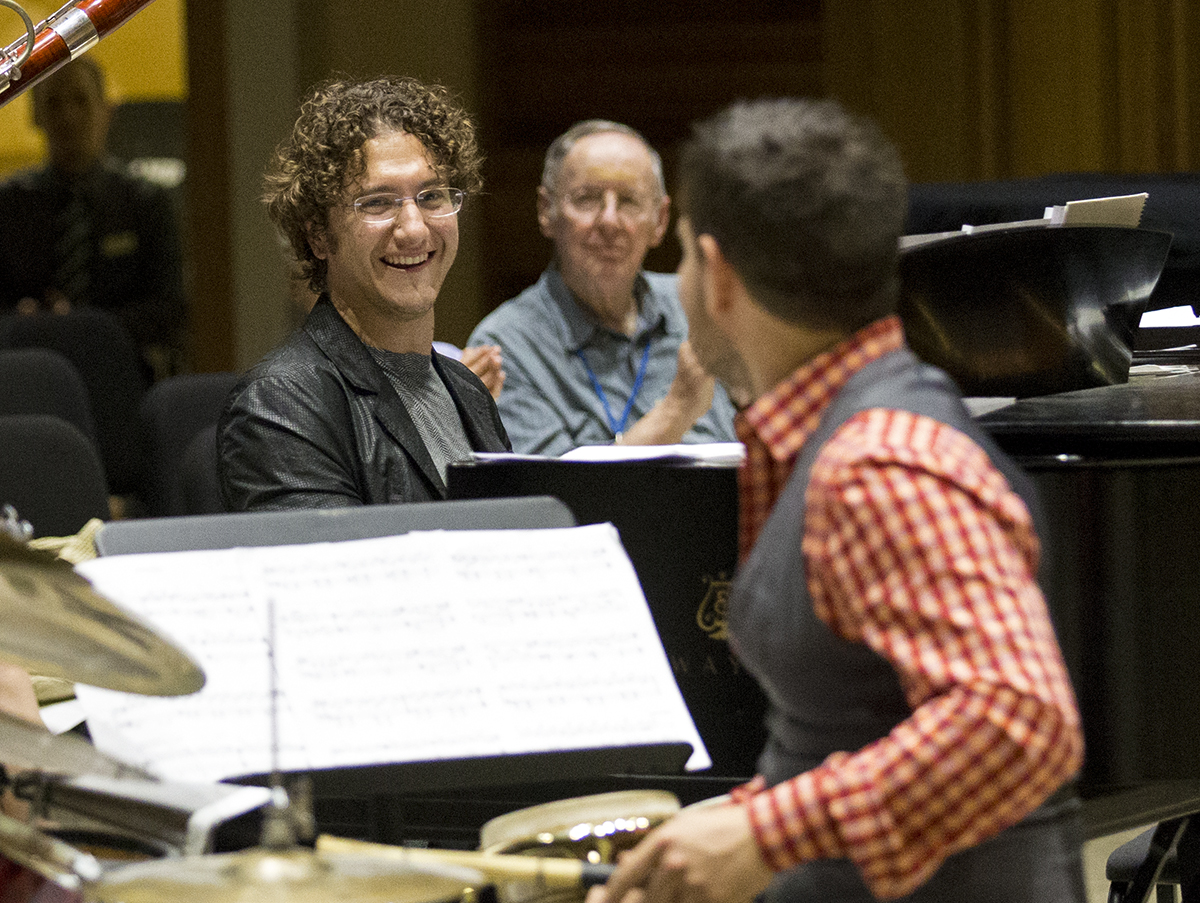 Teddy Abrams said most people assume conductors are on the older side, but that is not always the case. Abrams, only 29, knew he wanted to be a conductor after attending his first symphony concert at age 9.

“I absolutely insisted that I become a conductor,” Abrams said. “It was more of a visceral, almost instinctual reaction to seeing the concert.”

At 8:15 p.m. tonight in the Amphitheater, Abrams will take the stage with bass soloist Edgar Meyer.

Meyer and Abrams are preparing to test out their new dynamic for the first time — the pair initially learned of each other because Abrams studied at the Curtis Institute of Music while Meyer taught there.

Meyer got his start in music early as well, he said, and decided to make it his profession around 20 years old.

“My father loved music and played the bass,” Meyer said. “That was how I saw myself for as long as I can remember.”

Both musicians will have originally composed pieces featured in the concert: Abrams’ “Fiddling” and Meyer’s Concerto for Double Bass in D.

“Teddy and I thought it would be a good piece for us to get to know each other on,” Meyer said, regarding his solo on the concerto.

Additionally, the CSO will play John Williams’ “The Cowboys: Overture” and Aaron Copland’s “Symphony No. 3.”

With the immense amount of music performed at Chautauqua Institution each summer, Abrams said, a series of discussions and negotiations must take place to ensure the repertoire of the program does not get repeated.

“The challenge is to find something new and be interested in it,” Abrams said. “I was thrilled with what we chose.”

Even though orchestras do not often play those pieces, Abrams said, they are a great representation of American music.

Meyer’s honors include the MacArthur Award in 2002 and the Avery Fisher Prize in 2000, which he remains the only bassist to ever receive. Meyer has received five Grammy awards for his work, including best folk album for his collaborative recording with cellist Yo-Yo Ma, mandolinist Chris Thile and fiddler Stuart Duncan titled “The Goat Rodeo Sessions” and best contemporary instrumental album for his “Bass & Mandolin” recording with Thile.

Still, Meyer and Abrams remained humble. The awards are nice, Meyer said, but “they don’t help you play in tune.”