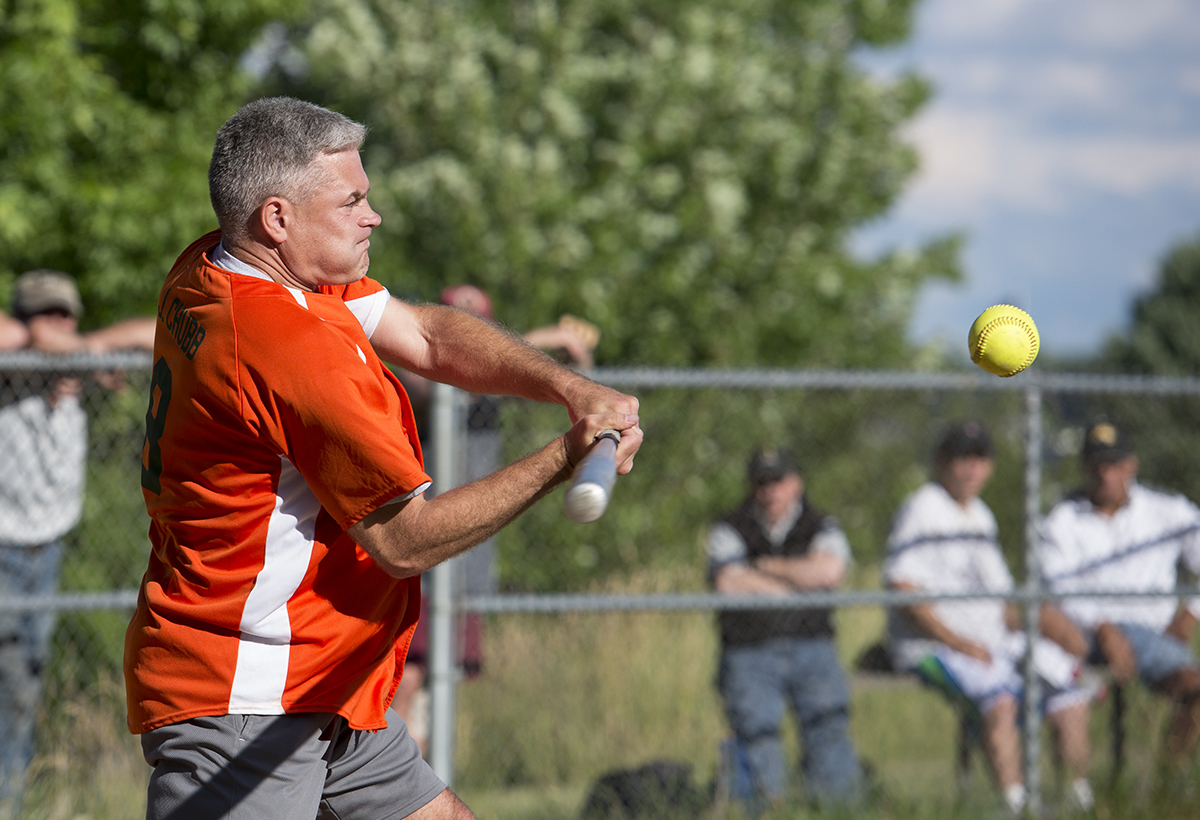 For the YAC PAC, it was another heartbreaking loss. For the Slugs, it was business as usual.

Chautauqua men’s softball league action continued on Monday night, as the Slugs overpowered the Arthritics 20-1 and the Pounders slipped by the YAC PAC 10-9 in two competitive mid-season contests.

There is a clear divide in the standings of the four-team league halfway through the 2016 campaign. The Pounders and Slugs have rolled over the competition to hold down the top two spots in the standings, while the Arthritics have struggled to put wins together and the YAC PAC are still searching for their first victory of the season.

They came close on Monday evening against a Pounders team that had won both previous meetings.

After falling behind 9-2 in the middle innings, thanks to another strong pitching performance from Pounders’ ace Erik Tarr, the YAC PAC rallied to tie things up late in Monday’s nightcap. Skyler Zarou continued to swing a hot bat, mashing a home run to keep the YAC PAC in the game early and flashing the leather on defense.

“Skyler had a really nice catch, but we just need to put more of a team effort together,” said YAC PAC player-coach Guy Scherb. “Our problem is we keep trying to hit home runs, which I’ll admit I do as well, but we really just need to be putting singles in the outfield every day.”

The Pounders were able to withstand the YAC PAC’s offensive barrage and put the game away late.

In the first game of the afternoon, the Slugs had no trouble with Arthritics in a 20-1 rout. Taking advantage of a creaky Arthritics’ defense, the Slugs were able to string hits together early and make sure the outcome of this one was never really in doubt.

Jeff Miller pitched again for the Slugs and credited his defense for keeping the opposition from doing much of anything on offense.

“It was a gem, so my arm’s tired,” Miller said. “But pitching is pitching. It’s all about fielding and hitting. As long as I don’t walk a bunch of guys, our fielding is pretty good.”

Nate Chubb launched a grand slam to give his side a 19-run cushion late in the game. Insurance runs like that can give the bullpen a rest, something Chubb said would pay dividends later in the season.

“They’re gonna count all right,” Chubb said. “We just got to keep hitting them hard and hope for the best.”

Chautauqua men’s league softball action continues Friday, when the YAC PAC take on the Arthritics at 5 p.m. and the Slugs battle the Pounders at 6:30 p.m.