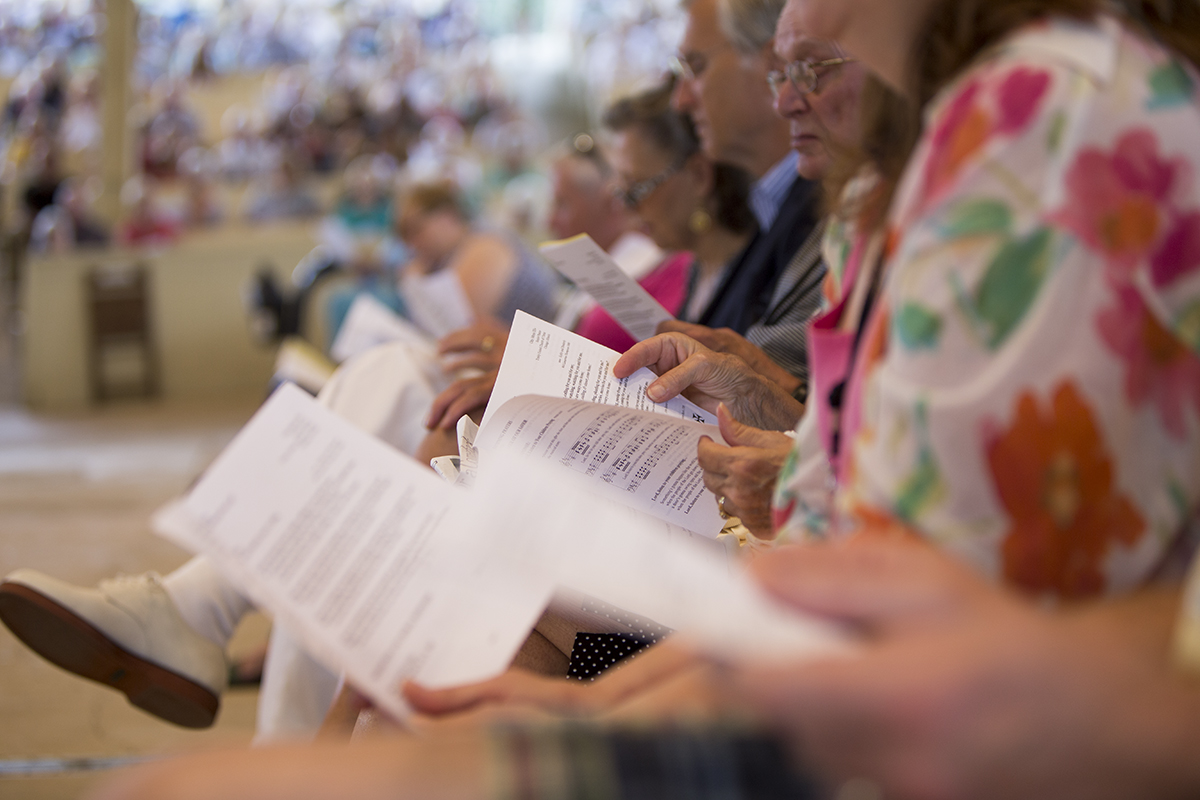 “Be honest,” said the Rev. Otis Moss III at the 9:15 a.m. Tuesday morning worship service. His sermon title was “When The Church Decides to Repent (Part 2): Sisters in the Wilderness,” and the Scripture reading was Mark 7:24-30, Jesus’ encounter with the Syrophoenician woman.

“Theologian Delores Williams has said that sisters have been pushed in the wilderness theologically because they don’t have the power to speak,” Moss said. “The church needs to repent of the men who cling to wooden stands and claim they are pulpits.”

Theology has been corrupted because of short-sighted male theology.

Moss cited civil rights worker and social justice advocate Dorothy Height as a “victim of drive-by theology.” She was speaking about black lives matter before BLM and an advocate for black women and Black Girl Magic before it was born. Speaking at a conference of preachers at Hampton University, she told the mostly male group that she had been called to preach but her male minister told her that her biology prevented her from speaking about theology.

Height found a new pastor, Mary McLeod Bethune, and went on to serve on the National Council of Negro Women from 1957 to 1996 where she mentored thousands of women.

“When men shut a door, God opens a window; man’s ‘no’ did not cancel out God’s ‘yes.’ The church needs to acknowledge its insensitivity,” Moss said. “It has excluded people when it senses they are different, then finds a way to exclude them and blame it on God.”

That particular text is problematic, he said, and is often dropped from the lectionary. Moss urged the congregation to read the story in the context of the whole of Mark 7.

“Jesus had been in an argument with the committee chairs who think they know more than God,” Moss said. “Jesus, according to them, was not following the proper rituals and he told them that it is not what goes into a person that defiles them but what comes out. You can be devout and still be evil. He was tired of speaking with churchified church folk.”

Jesus was worn out from ministry, Moss said, and went into Syria to find rest.

“Many times Jesus had to retreat and tighten his relationship with his Father,” Moss said. “But this sister is so bad; she has a child in trouble, she has no advocate, she is not Jewish. Jesus is a guest in the house and the sister knocks on the door, busts in and says, ‘I need to see that brother.’ ”

This sister had no advocate. In her society, a man was needed to advocate for a woman; if there was no man, a woman was not connected or valued.

“She said, ‘I don’t need a brother to speak for me.’ She was willing to break any paradigm,” Moss said. “You need to be an advocate for yourself; you need to be your own voice.”

The woman was speaking for her child.

“We need bold sisters who speak on behalf of those who cannot speak,” Moss said. “She fell at Jesus’ feet and they couldn’t drag her out because she had a worshipping spirit and a liberation heart. She was willing to step in and tell Jesus that he had the power to shift her life.”

But Jesus responded to her in a way that is not like Jesus. He told the sister it would not be right; he needed to feed the children first.

“He heard the sister like an institution and not a faith community. He answered her with rules rather than grace,” Moss said. “Jesus was stuck between patriarchy and compassion. His humanity and divinity were bumping up against each other and the divinity corrected the humanity.”

Jesus could make the difference between life and death for this woman’s daughter. She was poor and had no health care so all people could tell her was her daughter had an evil spirit.

“She did not have the luxury to be silent,” Moss said. “If sisters keep their mouths shut, people might die. God has given you a voice; if you add a sister’s voice, it becomes a movement. Black Lives Matter was started by young women who couldn’t keep silent.”

Moss said women shouldn’t be barred from preaching because of biology.

“The Word became flesh, but Mary had to carry the Word first,” he said. “The church said women could not be deacons but Paul put his letter to the Romans into the hands of Phoebe, a deacon in that church. In Acts, sons and daughters are called to preach. There is an egalitarian aspect to the Spirit.”

The sister in the Scripture “is so bad, she says to Jesus, ‘Right, but even the puppies get the crumbs and a crumb of your power will be enough to change my life,’ ” Moss said. “She is the only person in Scripture to argue Jesus into healing.”

Moss concluded with a plea to sisters.

The congregation was on its feet with shouts and applause.