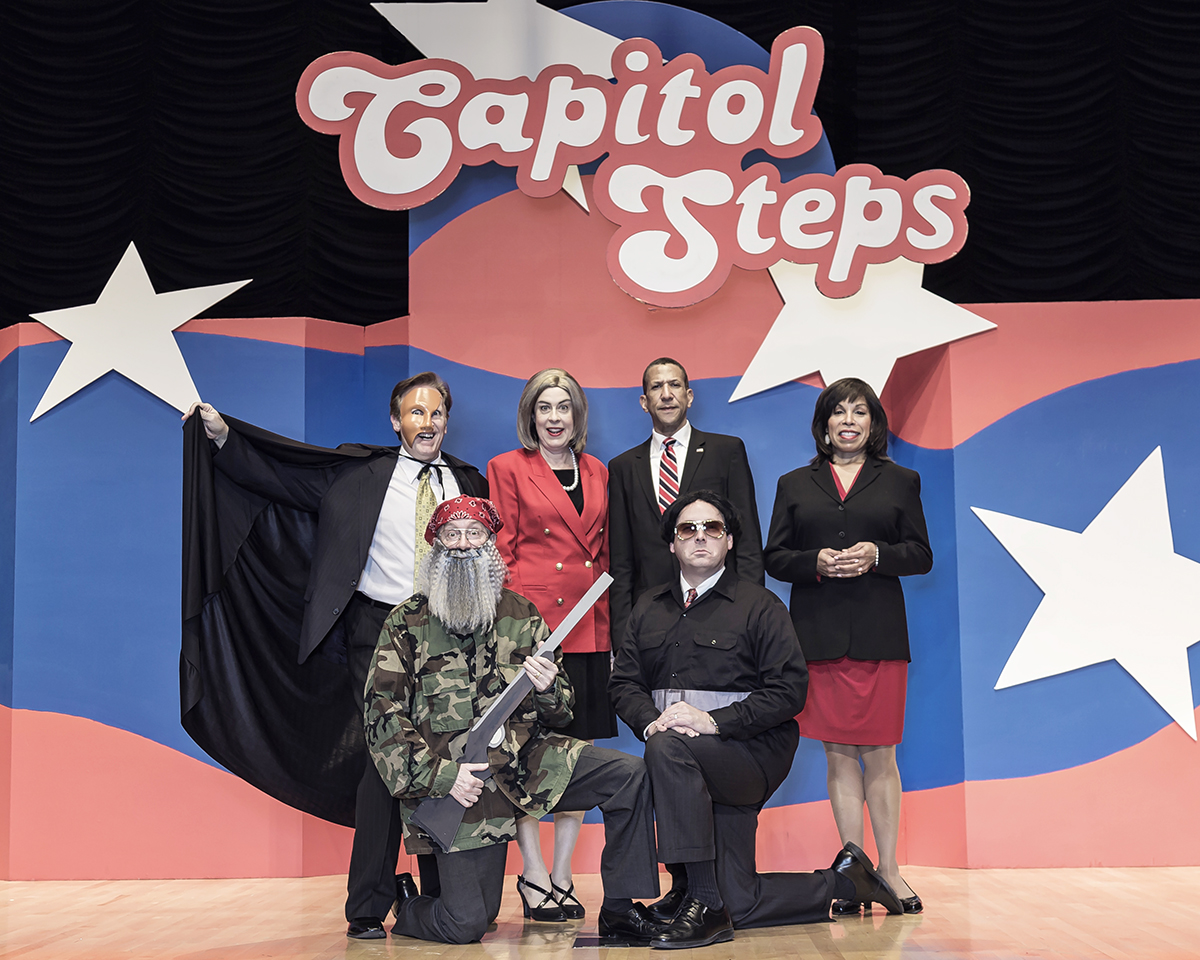 The Capitol Steps, a musical comedy satire group composed in equal of measure of professional actors and congressional staffers, will return to Chautauqua Institution to mock Donald Trump, Hillary Clinton, Brexit, Barack Obama and just about everything Americans hold dear or loathe with “Mock the Vote” at 8:15 p.m. Wednesday in the Amphitheater.

In 1981, before Stephen Colbert, John Oliver or “The Daily Show” and scarcely after the advent of “Saturday Night Live,” three Republican staffers started what would become the Capitol Steps with a couple performances at a Christmas party for the Senate Council on Foreign Relations.

They’ve since traveled across the country and performed for several presidents — George H. W. Bush even sang with them on stage. They went full-time in 1988 and now employ professional actors in addition to congressional staffers.

In the 28 years since, Newport said the news cycle has accelerated, forcing them to accelerate their comedy. They now weave new songs and jokes on short notice as new political turns make their jokes obsolete or shift the locus of conversation, Newport said. Over the last two election cycles they’ve trashed numerous characters and skits as the Republicans hemorrhaged candidates.

The one Republican candidate who remains, for all his hysterical and hysteria-inducing outbursts, is actually one of the hardest to mock, Newport said.

“If you think that comedy is based on exaggeration, then it’s hard to exaggerate this guy,” Newport said.

Not that that’s stopped the Capitol Steps from trying. After Trump called Mexicans rapists, the Steps had their own “Donald Trump” give a mock speech, saying he’s already creating jobs by having Mexicans mow his hair. Now every day brings something new, Newport said.

“This has been a contentious election season,” Newport said. “I think it’s important to get up and laugh. If this show will keep you from throwing your shoe at the TV set, then it’s worth the price of admission.”

Morning Worship Column: In Parable, Servant Was a Truth-teller, Not Risk-Averse