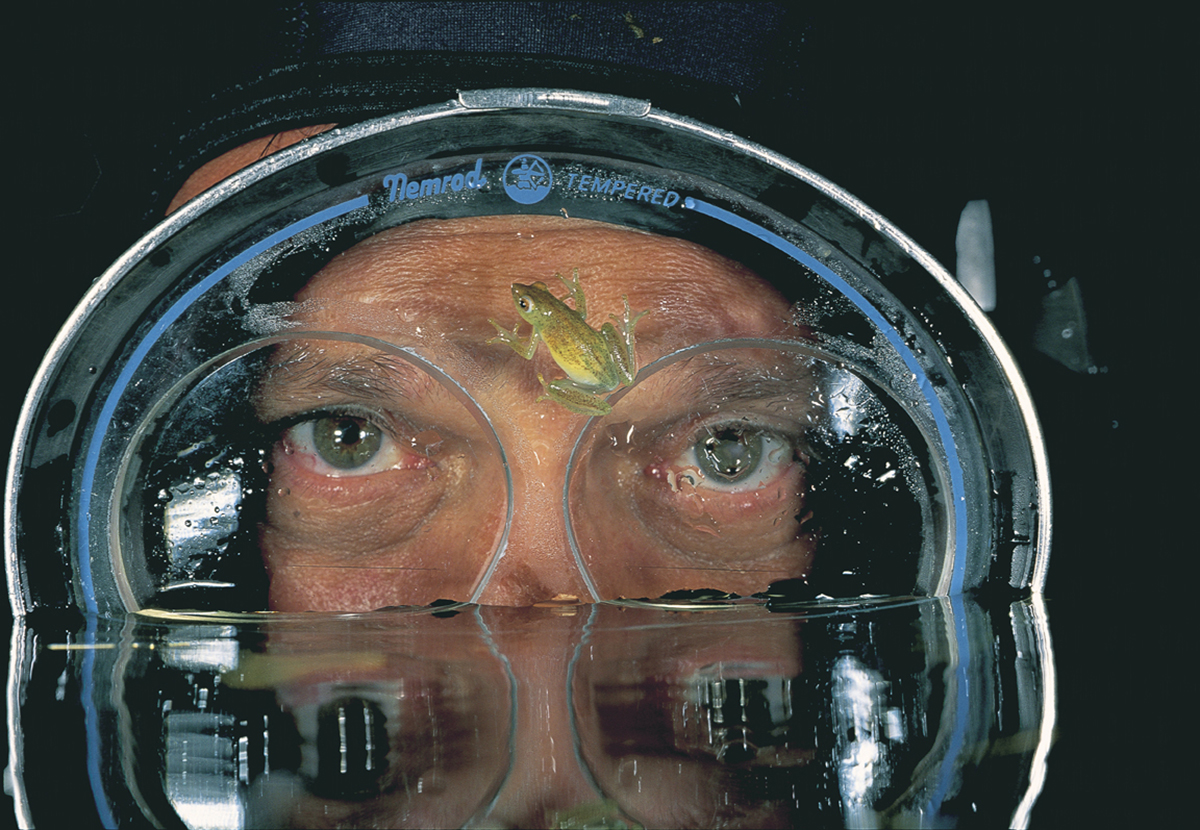 Doubilet is an underwater photographer who has been shooting since age 12. With nearly 70 photo stories published in National Geographic, he is the magazine’s most published photographer.

At 10:45 a.m. Thursday in the Amphitheater, Doubilet will give a lecture on the complexities of working as an underwater photographer, addressing how his work made him realize the fragility of the Earth and the importance of preserving it.

When Doubilet was 8 years old, he attended summer camp in the Adirondacks. He was a shy kid who was uninterested in archery or horseback riding, so his camp counselor handed Doubilet a facemask and told him to try spending some time underwater.

It was when first submerged in that lake that young Doubilet saw a tiny sunfish — a fish that changed his perspective on the world. Doubilet became transfixed with underwater life, and he knew he wanted to be an underwater photographer by age 12.

Although more than 70 percent of the Earth is ocean, and “the surface of the sea is a place that humans looked at since the dawn of mankind,” he said, people have really only been exploring underwater in the past 70 years.

Throughout his years of work, Doubilet has photographed coral reefs, harp seals, great white sharks, crocodiles and countless other creatures. He’s swum in high currents, deep water and frigid temperatures. He and his wife, Jennifer Hayes — his photographic partner — are interested in everything that happens in the sea.

Although those scenarios can be extremely dangerous, Doubilet said as a photographer he is focused on trying to get the perfect photograph rather than being scared. He said an underwater photographer’s biggest enemy is often him or herself.

“One of the most dangerous things a photographer does is this phrase: ‘Just one more picture, just one more picture.’ [You think]: ‘Stay a little longer, push the time a little more, because something is going to happen that’s terrific,’ ” Doubilet said. “It’s always this [addiction and] desire to just get one more image — you’re never quite satisfied with it.”

Doubilet once photographed a group of tiger sharks feeding on the remains of a dead sperm whale off the Great Barrier Reef. The sharks were mostly interested in the whale, but Doubilet said it was scary to be near them while they were feeding. They were so close that the sharks even bit the bottom of their rubber boat at some points.

But in all situations, photographers try to be aware of their surroundings and know when to leave a dangerous situation. Doubilet said as more and more tiger sharks showed up, they got more aggressive with the whale. Their group of photographers had a sudden moment where they all looked at each other with the same thought: “we have to get out.”

“Your entire world is inside of a circle that’s 100 feet in [radius], that’s all you can see,” Doubilet said. “Something that happens 101 feet away is out of sight, out of mind.”

Swimming in polar waters can shorten that time even more because of frigid temperatures. Doubilet said small mistakes can become very large mistakes in polar waters. If he ever feels a loss of function in his hands he knows his body is losing too much heat, and he needs to surface immediately.

But the use of digital cameras made some logistics behind Doubilet’s work a bit easier.

Doubilet said photographers used to take 10 cameras underwater because each could only hold 36 photos. Doubilet said today it requires way less equipment, and he will always run out of air before he runs out of film.

Digital cameras also let photographers view photos immediately so they can see their images and adjust while working, a capability that Doubilet did not have at the beginning of his career.

But regardless of his camera’s quality, Doubilet’s said making a picture for National Geographic is about more than just one photo — it’s about telling a story. He and Hayes always discuss the perfect way to capture the story before shooting a project. It can involve variations in technology, camera angle or time period.

But within that storytelling, almost all Doubilet’s and Hayes’ photography projects have a conservation purpose. Usually the species they are shooting is not only fascinating, but also endangered.

Doubilet quoted United Nations Secretary-General Ban Ki-moon: “We have only one planet. There is no Plan B because there is no planet B.” Doubilet said things such as global climate change are based entirely upon water and the rising temperatures of the sea, and he thinks showing people the sea is one of the most important things photographers can do.

“I think the key thing is a philosophy; it’s a philosophy about making pictures and the power of pictures, but [also] the ability to stop people and make people dream,” Doubilet said. “The hardest thing in photography is that it is the building block of what will eventually cause change — in people’s attitudes, in the way they see our world or environment and the ocean.”