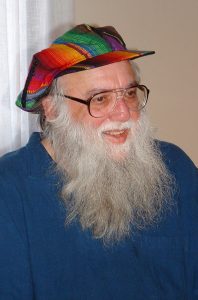 Although he is an ordained rabbi, Waskow is widely known for his work as a political human rights activist and author. He currently works as founder and director of The Shalom Center, an organization dedicated to enabling activists and spiritual leaders to use Judaism to create a more peaceful, accepting and respectful world.

At 2 p.m. today in the Hall of Philosophy, Waskow will give a lecture titled “Whose Image is on the Coin? Money, Power, and God.” Adding to this week’s lecture series theme, “Money and Power Through a Spiritual and Ethical Lens,” his lecture will address the relationships between power and money, and between God and spirituality.

For more than 20 years, Waskow worked various jobs in the political sector. He served as legislative assistant to Congressman Robert Kastenmeier of Wisconsin, as a senior fellow at the Peace Research Institute and as an alternate delegate from the District of Columbia to the Democratic National Convention in Chicago.

Waskow also worked as a speaker and writer for public policy issues concerning military strategy, interracial relations, nonviolent action and renewable energy. Even then he was a headstrong activist for human rights, and was arrested many times for participation in protests against racial segregation and oppression, the Iraq War, South African apartheid and the Vietnam War.

It was the event of Martin Luther King Jr.’s death in April 1968 that first made Waskow connect his activism with his Judaism.

In his early life, Waskow said he was uninterested in religious practice except during Passover, the one Jewish holiday that he felt connected to because it celebrates freedom by commemorating the liberation of Israelites from slavery in ancient Egypt. That ideology of freedom was on Waskow’s mind while traveling home to attend a Passover Seder. With Passover falling just one week after King’s death that year, Waskow passed by tons of protests on his way.

“Everything in my brain said, this is Pharaoh’s army in the streets,’ ” Waskow said. “For the first time in my life I wasn’t just solemn and serious. It was clear that the Seder was in the streets and the streets were in the Seder.”

The following year, Waskow veered away from politics and became a leader for the Jewish Renewal movement, an ongoing effort to “renew” Judaism by promoting greater spiritual and ethical vitality into Jewish communities. The movement supports the idea that integrating traditional religious practices into Jews’ everyday lives can foster more spiritual connection, and aims to reach all Jews regardless of denomination.

Waskow began his leadership in the Jewish Renewal movement by writing The Freedom Seder, a book that connects traditional Passover haggadah text with passages from human rights activists.

In 1983 Waskow founded The Shalom Center; as director, Waskow worked to protest against nuclear war threats and negative impacts of the Cold War. More recently the center’s focus was on uniting Jews, Christians and Muslims to stand in opposition against the attack and discrimination of Muslims in the U.S.

Waskow received the Lifetime Achievement Award as a Human Rights Hero from T’ruah: The Rabbinic Call for Human Rights in 2014. The Forward named him one of the “most inspiring” rabbis in 2015.

“Rabbi Arthur Waskow is a prophet of our time who actually puts his very being on the line in the contemporary struggle for justice and equal opportunity for all,” said Maureen Rovegno, Associate Director of Department of Religion. “Arthur addresses the Jewish aspiration of healing the world — tikkun olam — with passion, tireless effort and an unquenchable sense of humor.”

After studying for five years with a committee of rabbis, Waskow was ordained a rabbi by a four-person transdenominational rabbinical court in 1995. That court included rabbis from all three sectors of Judaism, and one female theologian.

Waskow is now the author of 22 books, and continues his activism however he can.

“We usually feel that we are getting the attention of those in power [during protests], but we’re also speaking truth to the powerless and sometimes that’s more important,” Waskow said. “Because the powerless begin to think: maybe we’re not so powerless after all.”