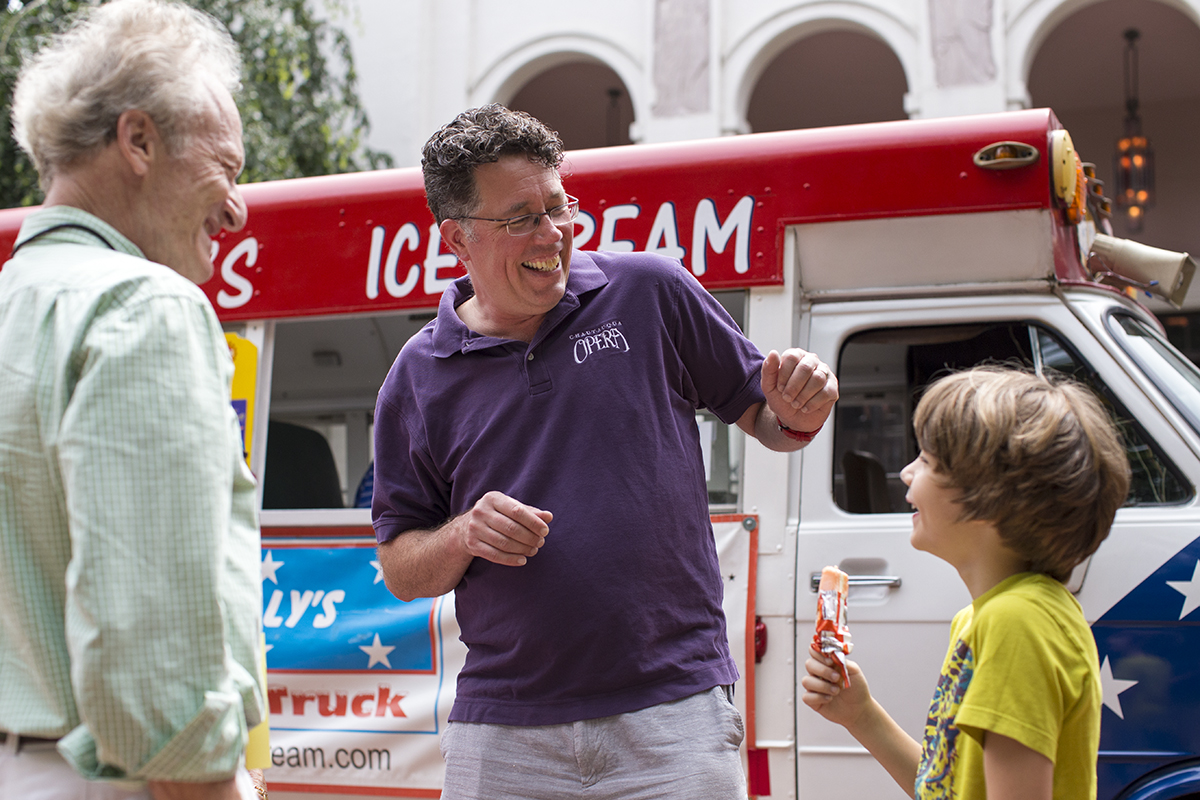 When Chilly Billy’s Ice Cream truck rolled down to Norton Hall Sunday afternoon, the party was just getting started.

The Chautauqua Opera Guild sponsored the ice cream social so curious Chautauquans could meet Steven Osgood, the new artistic and general director of the Chautauqua Opera Company. People from the community mosied in and out to eat fudgsicles and say hello to the man at helm of the opera’s proverbial ship.

“I’m looking forward to what change — if any — may be in store after the transition,” said Bob Pickens, a longtime Guild member along with his wife, Mary Pickens. “[Osgood] is very personable, very energetic and he portrays excitement about all that he’s doing.”

Osgood has served as a guest conductor for the opera company in previous seasons, so he’s not a completely new face on the grounds. This season is Osgood’s first since he was chosen to succeed former director Jay Lesenger, who left the position after a 21-year tenure.

One of Pickens’ favorite productions was the 2013 inter-arts presentation of The Romeo & Juliet Project in the Amphitheater. He is optimistic about Osgood’s new outreach programs, including the Opera Invasion series.

“Opera needs to grow, and needs to promote itself just to survive,” Pickens said. “I think this is a great initiative.”

Cynthia Norton, the great-granddaughter of Norton Hall’s namesake O.W. Norton, also attended the ice cream gathering. She was part of the search committee last summer to select Lesenger’s successor. After meeting Osgood in the interview process, he was her first choice for the job.

“He just had a great artist vibe. It’s hard to put into words,” Norton said. “He seems to be doing a lot of innovative and exciting things, and I got the feeling from him that that was his sort of his spirit.”