Rabbi Ellen Bernstein would rather stay home and listen to the wind than go to the movies.

“I think that I have this really deep sense of place because I spent so many years just living outdoors, and so I just became very sensitive to the environment all around me,” Bernstein said. “One of my favorite things to do is just stay home when it’s raining out, and open all the windows and listen to the rain or the wind.” 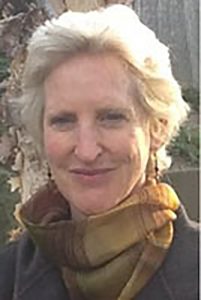 At 2 p.m. July 26 in the Hall of Philosophy, Bernstein will give a lecture titled “A Creator God and a Sense of Place: A Jewish Ecotheology.” In it, she will address how to understand Earth as God’s “house of nature” and trace environmental values from ideas in the Bible.

Bernstein is Jewish but grew up with minimal religious practice. It was while taking theology courses in high school that she first became interested in religious study.

“What I recognized when I was in high school studying religion, was that what religions were dealing with in terms of the deepest psychological understandings of people and human nature, and sort of the beauty of the world, really spoke to me,” Bernstein said. “Up until that time I really didn’t even know what religion was about, because my experience going to synagogue didn’t really teach me.”

She went on to attend undergraduate school at University of California, Berkeley, where she pursued a bachelor’s degree in conservation of natural resources while also connecting with Judaism.

Bernstein joined a Jewish community that delved deeply into Judaism by studying Scripture and connecting it to current issues. She later attended rabbinical school as an additional form of religious education.

“When I was studying, I started seeing all of these dimensions of nature in the Bible that I just had no idea were there,” Bernstein said. “I got really excited about that and I just kept looking and looking to find a Jewish environmental organization, and I couldn’t find anything like that, and so ultimately I ended up starting my own.”

In 1988 Bernstein founded Shomrei Adamah, Keepers of the Earth, the first national Jewish environmental organization. Although the organization no longer exists today, Bernstein carries on its work through her writing and speaking. She is the author of four books on Judaism and ecology.

Bernstein’s work aims to communicate with both religious and secular audiences and find common ground between them.

“It’s really about developing language, because I don’t feel that there’s really that much difference between religious people and secular people. I just feel like we speak different languages,” Bernstein said. “And yet there’s so much divisiveness in the world because people feel this huge division between secular and religious, and so I’m basically trying to bridge that gap through the writing that I do.”

Bernstein also writes for a religious audience. In her research she traces the concept of a “love for the land” throughout the Bible, claiming that it depicts the Earth as a “spiritual living element” that should be respected and loved.

“For me, the environmental crisis [and] all of those issues come out of sort of a spiritual crisis and people not having an appreciation of nature in the deepest way, and not understanding God in nature … and the whole world as sacred,” Bernstein said. “It’s not … about environmental issues, it’s about an appreciation for nature in the deepest way that would precede any kind of activism.”