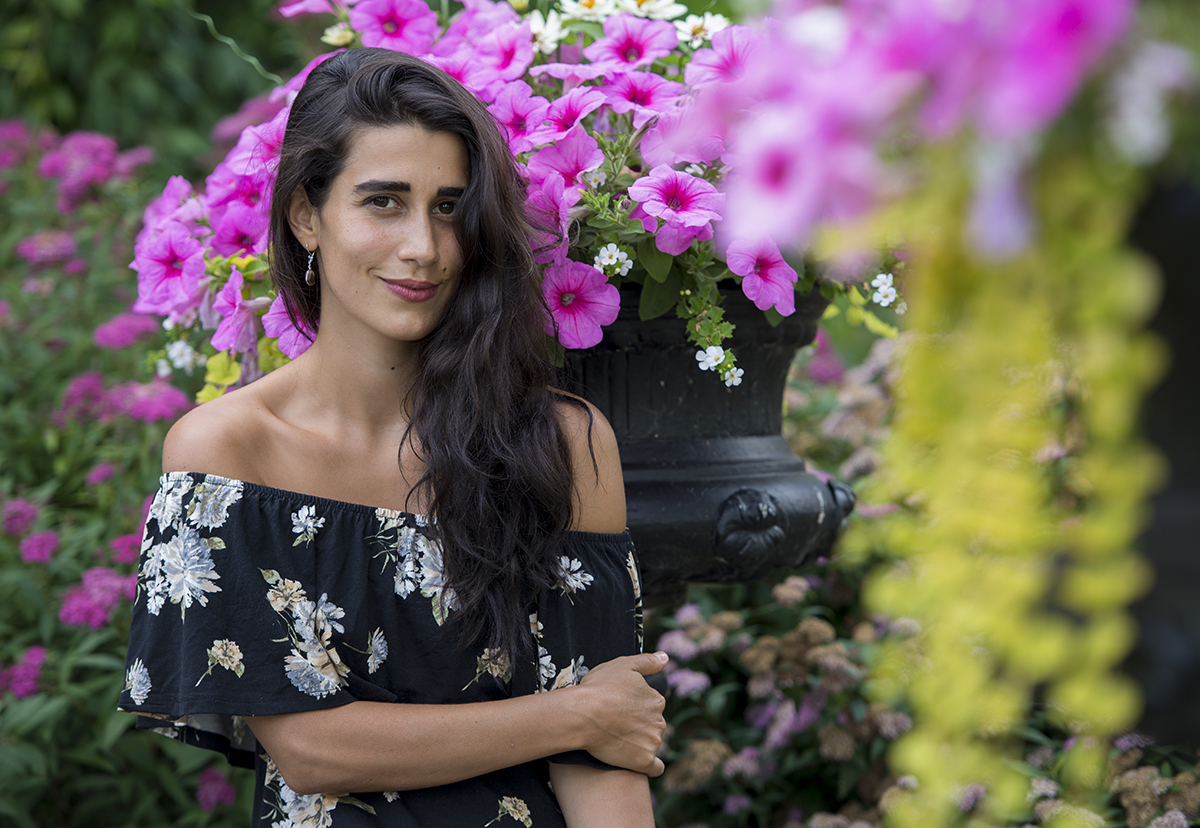 Growing up in Perth, Australia, Elena Perroni remembers her father always listening to Sicilian and Neapolitan songs. It’s stuck with her.

“The Italian in my ear from my whole childhood has definitely influenced my repertoire preferences today,” she said.

Throughout her singing career, the Italian folk style has strongly resonated with her. Now, in her sixth year at Chautauqua’s Voice Program, the soprano will take the lead role in Rigoletto on Aug. 8.

After intermission during the program beginning at 8:15 p.m. Tuesday in the Amphitheater, she’ll also be performing “Lascia la Spina, Cogli la Rosa” with the Chautauqua Symphony Orchestra and Charlotte Ballet in Residence.

When Perroni was 17 years old, she took her love of singing to the Western Australian Academy of Performing Arts, where she studied musical theater and jazz. It wasn’t until her first teacher at the academy suggested she try a classical art form that she began following her curiosity for opera. Thus, she took the first step on a long journey to Chautauqua, Manhattan School of Music and Curtis Institute of Music.

“I was always curious about the kind of sounds the opera singers would make,” she said. “But I had no idea what kind of work was ahead of me.”

By the end of her undergrad experience in Australia, Perroni was focused primarily on classical music.

“I first arrived here. This was my first port of call,” she said. “I came here to study with Marlena Malas.”

That fall, she started at the Manhattan School of Music, where she pursued her master’s of music. Returning to Chautauqua’s program every summer, she moved on to Curtis, where she is currently working on her second master’s, focusing on opera.

Perroni said she continues to attend Chautauqua’s program because of the caliber of singer and faculty that exist here, specifically citing Malas, Curtis faculty, and teachers who hail from major opera companies around the United States. For a young Perroni, the first summer showed her a level she had never experienced.

Through her studies, Perroni has advanced to a level that now allows her to take on more responsibilities during the summer. During her first summer, she did not have a role, but sang in a lot of recitals and concerts. During her second season, she earned her first full role. Over the next couple years, her duties increased, and she went from supporting roles to the lead.

“It has changed my mindset,” she said. “Because my responsibilities are greater for myself and the people who have given me such amazing opportunities.”

Having been one of four winners of the 2015 Sigma Alpha Iota Competition, Perroni, along with the other winners, were able to perform with the Music School Festival Orchestra in the Amp at its concert Monday. Tonight is the first night Perroni will work with the Chautauqua Symphony Orchestra and the Charlotte Ballet together.

“It’s going to be a different experience because this is the first time that I have collaborated with ballerinas,” Perroni said. “The process is slightly different. Their tempi is so important to them, making sure everything is to the beat perfectly. I really kind of have to find a way to serve them as well as being myself.”

Her next big project during the summer is the lead role in Verdi’s Rigoletto.

“[Rigoletto] is a repertoire that I am just discovering,” Perroni said. “It’s like a whole other ballgame. It’s just a different type of discipline, and stamina. It’s the next step up.”

Perroni said the opera is a verismo style, so it’s very dramatic. As a singer, she said she has been heading in that direction within her art form, but she has never tried it before.

“People have always said, ‘Maybe in the future, you’ll sing Verdi,’ ” she said. “This is my first attempt. I really want to sing this well, and it’s going to determine whether I go down this road, or give it a rest for a while.”

Perroni said the good thing about Chautauqua is that young singers are able to experiment in a  safe environment without being criticized.

“You have your teacher, you have your mentors, you have your coaches, and what more could you ask for the first time you try out a new role?” she said. “It’s what I needed. It’s a chance for me to work on my craft so intensely with the people that I really trust, and you can’t always do that as a young singer.”